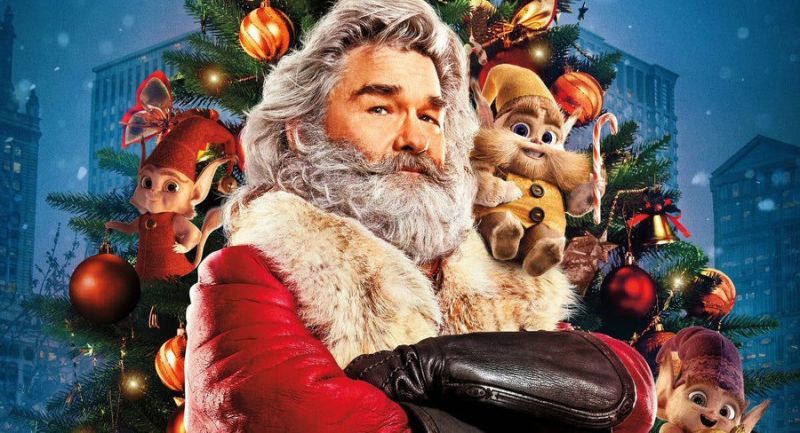 Looking for the best Netflix Christmas movies? There’s nothing to put you in the holiday spirit like a properly festive film. And while we all have our favorite Xmas classics (Scrooged, The Muppet Christmas Carol, Jingle All The Way), one thing Netflix is especially great at is delivering new original Christmas favorites every year. And it’s a Christmas miracle – because 2020 seems to have brought us more than ever.

As with most genres, there’s more to discover on Netflix than you probably realize. So, in the Christmas spirit of giving, we’ve done the hard work and dug though the festive Original movies to find the best ones to watch this year.

Whether you’re looking for the perfect movie to stream on Christmas Eve, or you plan on spending the entirety of December curled up indoors on a festive film binge (really, what better way is there to spend December 2020?), here are the best Christmas movies to watch on Netflix right now. We’ve kept them to Netflix Originals, so you can watch these anywhere you can get the streaming service.

Merry NetfliXmas, one and all…

This tale delivers winter whimsy by the truckload. A brand new spectacle for 2020, this musical adventure deserves to be seen on the biggest TV available, and with the best sound system you can find.

Boasting original songs by John Legend, Usher, and more, the family film tells the story of the legendary inventor and toymaker Jeronicus Jangle (played by Academy Award winner Forest Whitaker). When his trusted apprentice (Keegan-Michael Key) steals one of his unique creations, it’s up to his smart granddaughter – and some inventions wizardry, naturally – to save the day. File this under future family favorites, and expect to watch it every December.

Dolly Parton’s Christmas On The Square (2020)

When you look up the phrase “camp as Christmas” in the dictionary, the page has got to be nothing but a full-page color poster for this exact film. Not only does the iconic Dolly Parton lend her acting talents to this downhome treat as a literal angel, but the just-released musical also features 14 original songs with music and lyrics by Dolly herself, too. When a Scrooge-style woman threatens to ruin Christmas for her small hometown, it’s up to family, love – and Dolly –  to warm her cold heart. Don your sparkliest, tinsel lined cowboy boots and have yourself a Dolly holiday.

If the idea of Kurt Russell as a super cool Santa sounds like fun to you (it should do, because it is) then The Christmas Chronicles makes for perfect Christmas streaming fodder. The comedy sees Santa accidentally get interrupted by two kids on his Christmas Eve deliveries – and crashes his sleigh, losing his presents in the process, before embarking on an adventure with the children to save Christmas. It comes with Christmas pedigree too, as it’s directed by Home Alone and Harry Potter helmer Chris Columbus.

Make it a double bill this year with the new The Christmas Chronicles sequel, in which Goldie Hawn joins the action-packed adventure, too, as Mrs Claus. Set two years since the kids saved Christmas (sorry, spoilers), they’re now slightly older teens – and with their new Christmas plans spending the holidays as a recently blended family not filling them with holiday joy, they find themselves on a mission to save the North Pole, this time, instead. If you didn’t already consider Kurt and Goldie Hollywood’s golden couple, just wait until you see them in full Christmas costume.

The art of the Christmas romcom is a delicate one – get it right and it can make for the most time-tested favorite Christmas films. Following in the footsteps of beloved favourites like The Holiday and Love Actually in mixing the festive with the flirtatious is Holidate, starring Emma Roberts as a woman who enters into a fake-dating arrangement with another singleton to bring along to family holidays. You can probably guess what happens next… but that’s all part of the fun.

There’s something undeniably joyful about movies where one actor plays all the leads (see: The Parent Trap, The Nutty Professor, Austin Powers: The Spy Who Shagged Me). In the Princess Switch, High School Musical alum Vanessa Hudgens takes the lead(s), in a Prince And The Pauper-inspired story of a princess who bumps into her doppelgänger, a baker, and they decide to switch places so the royal can experience, a “normal” life. Quaint Christmas markets, opulently decorated palaces and lurve ensues, and we can’t get enough…

…Which is lucky. Because if you liked two princess lookalikes – what about three? The newly released sequel to The Princess Switch has Vanessa Hudgens playing a third character: the evil cousin, Lady Fiona, a sort of Made in Chelsea-esque party girl villian with her own nefarious schemes and surrounded by more Christmas decor than you can fill a palace with. Is it cheesy? Yes. Is it loads of fun? Also yes.

Now, some would say that this being the lowest rated movie in the entire ‘A Christmas Prince’ romcom franchise means that this is a Netflix Original Christmas movie to avoid. But ignore those people: they don’t realize that that’s what makes this so good. The attempts at gags, the OTT royal clichés, the fact that it doesn’t quite make any sense – embrace it all, and you’ll be in for a great Christmas night in. A hefty glass of Baileys or the alcoholic beverage of your choice to watch it with helps, too.

This Christmas movie marked Netflix’s first ever Academy Award nomination for Best Animated Feature, as well as winning the BAFTA for Best Animated Film. It’s no surprise why: the Scandivian-set Santa Claus origin story, starring Jason Schwartzman voicing the lead as postman who builds an unlikely friendship with the eponymous toymaker Klaus, combines beautiful hand-drawn animation and a timeless story. The result is a modern Christmas classic.

The Christmas special is as much a time-honored tradition as decorating the tree to Slade, or considering packing up and starting a new life in a distant country the morning after the Christmas party. In this one, BIll Murray plays himself, hosting a Christmas special that gets cancelled due to a snowstorm, and goes on to find shelter in a bar. If you don’t fancy the annual Christmas special of your favorite sitcom, stick this on instead. Though it’s not a huge statement to make, we can guarantee it’ll be better.

The Knight Before Christmas (2019)

Vanessa Hudgens appears not once, not twice, but thrice on this list, as she’s quickly emerging as the Queen of Netflix Original Christmas Rom Coms (or princess, or princess’s lookalike, or cousin, or… anyway). In this, she turns her expertise to a schmaltzy romance with a fantasy twist, as she plays a small town teacher who helps a time-travelling knight fulfil his quest – but after their adventure, will he really want to return home?

Reimagined classical ballet, the “Hot Chocolate Nutcracker” put on by the prestigious Debbie Allen Dance Academy has become a staple annual Christmas event in Los Angeles. Now, this Netflix documentary film takes us behind the scenes of how painstakingly the show is put together, from gruelling rehearsals, to intimate interviews with the instructors involved, to the dedication of the gifted DADA student dancers, regardless of their background. You may think you know nothing about The Nutcracker and dance going into this, but you’ll be the show’s biggest fan by the end.

Watch too many Netflix romcoms, and you’ll be forgiven for thinking that Christmas only comes to tiny country hometowns, whose residents have never set up an Alexa, been to an Apple store, or even tried shop-bought gingerbread (baking is a serious character trait around these parts). We’re a fan of new release Operation Christmas Drop, not least of which for its sun-drenched tropical setting – a Yuletide romance hooked on a beautiful Washington DC congressional assistant being paired up with a hunky Airforce Captain to take up the yearly tradition of airlifting goods to the citizens of Guam for Christmas.

Not only does ‘The Vampire Diaries’ Kat Graham star in Operation Christmas Drop, but the actor also takes the lead in The Holiday Calendar, which serves the dual purpose of being a cute romcom, as well as an important life lesson in the magic of Advent calendars. Watch early on in the Christmas season to get into the spirit with this as a delightfully silly, whimsical starter. In fun NetfliXmas-verse crossover facts, this movie can be seen playing on a TV in ‘The Knight Before Christmas’ – and it’s filmed in the town of Niagara-on-the-Lake, in Ontario, Canada, where Netflix Christmas movie ‘Christmas Inheritance’ was also shot.

A series of interweaving stories make up this warm and cosy young adult romcom, based on the novel of the same name by Maureen Johnson, John Green, and Lauren Myracle. Set against the backdrop of a snowstorm during Christmastime, it follows the interlocking lives of teens facing life, love and school dilemmas – all with a feel-good festive tone that won’t leave you bawling your eyes out, which can’t be said for other John Green adaptations.