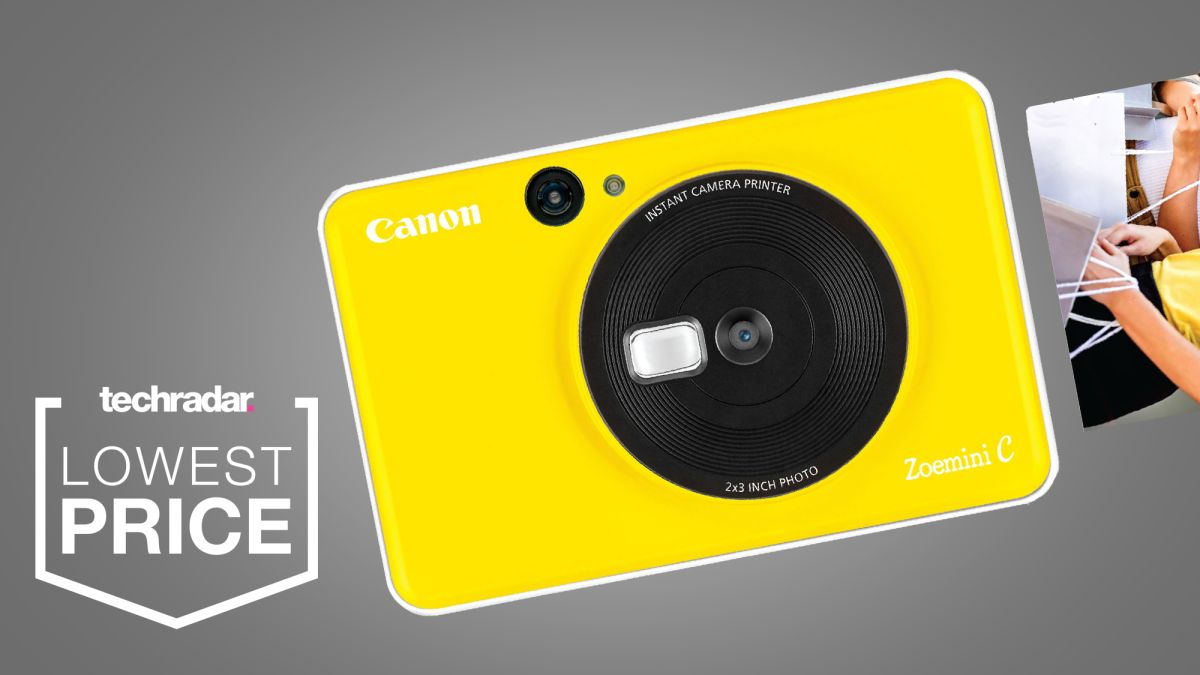 There’s nothing quite like an instant camera to keep a young family (or big kids) entertained at Christmas – and Amazon has served up one of the best Black Friday camera deals we’ve seen so far with a big price slash on the Canon Zoemini C.

That’s a particularly good price considering the 5MP camera comes with a 10-sheet pack of Canon Zink Photo Paper, which is the adhesive-backed paper it’ll spit out within about ten seconds of you hitting the shutter.

This is the Canon Zoemini C’s lowest ever price, which means it’s now less than half the cost of its Zoemini S cousin.

The latter differs from the Zoemini C by offering Wi-Fi and Bluetooth, plus an app that lets you print snaps from your smartphone. But if you don’t need to do that (or just want a simple camera that you can hand to the kids), the Zoemini C is a great option at this price.

Canon Zoemini C: £49.99 at Amazon
This is the lowest ever price for Canon’s 5MP instant camera, which lets you print out your snaps as credit card-sized stickers using its Zink photo paper. It packs a microSD card slot and a front-facing selfie mirror – this deal is available for all colour versions too, including blue, yellow, pink and blue.View Deal

One of the benefits of Zink-based instant cameras like the Zoemini C is that their paper is generally much cheaper alternatives like Fujifilm’s Instax cameras. For example, a pack of 20 sheets of Canon’s 2x3in paper costs £9.99, the same as a 10-shot pack of Instax Mini film.

Because Zink (zero ink) paper doesn’t need exposing to light like regular instant film, the cameras can also be made much smaller than other instant cameras. The Zoemini C, for example, weighs only 170g and fits into your pocket.

The other benefit of the Zoemini C having digital smarts, unlike the more analogue experience offered by Instax cameras, is that it can automatically handle things like exposure, ISO and white balance, making it much easier to use in situations with challenging lighting.

Looking to stay on top of other great photographic deals? Make sure to check out our round-up of the best Black Friday camera deals we’ve seen so far.

Not in the UK? You’ll find all the lowest prices on cameras from around the web right here, with offers available in your region.