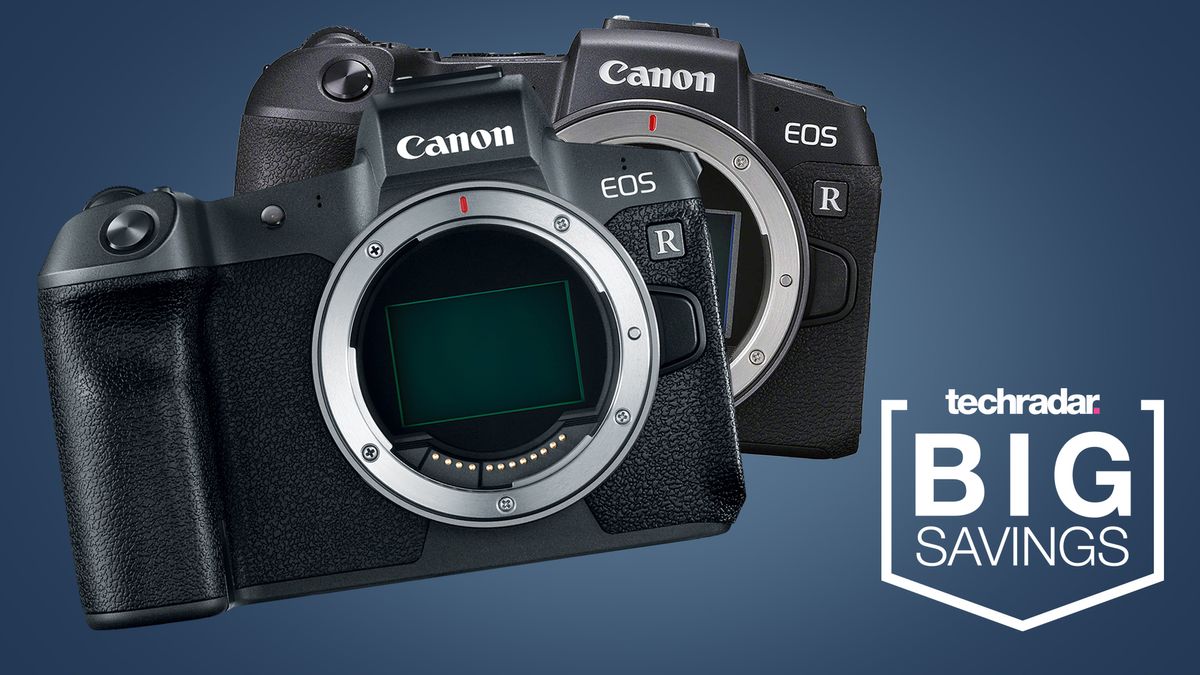 Canon has now officially joined the Black Friday camera deals party with some hefty price cuts that include 23% off the full-frame Canon EOS R (with EF-EOS R mount adaptor) and a 28% price cut on the Canon EOS RP with a kit lens.

We had hoped that the recent arrival of the Canon EOS R5 and R6 might push the older, but still very capable, EOS R and RP into bargain territory. And Canon’s new Black Friday deals have made that a reality, with impressive deals available for both US and UK fans.

The biggest discounts in the US are available for the bundle that sees the EOS R and RP come with the impressively versatile RF 24-105mm f/4-7.1 IS lens. But you can also pick up both cameras for impressive body-only prices, with the EOS R getting a $200 discount and the EOS RP now available for $899.99, a pretty incredible price for a full-frame camera.

For UK-based Canon fans, the more impressive deals are on the EOS R and RP’s body and EF-EOS R mount adaptor bundles. For the former you can claims a massive £440 cashback, while the EOS RP falls to just £999.99 with its new £220 cashback deal.

Not ready for a full-frame camera? There are also some great deals on the Canon EOS 90D DSLR and compact cameras including the G7 X Mark III too, which we’ve rounded up below.

Canon EOS RP body-only $899 at Canon
The best-value full-frame camera has become an even bigger bargain with this $100 discount. The EOS RP combines good build quality with excellent image quality and sound autofocus. It’s a great option if you already own some EF lenses, too.View Deal

Canon EOS RP with RF 24-105mm f/4-7.1 IS lens $999 at Canon
Fancy starting your EOS RP career with the most versatile RF lens around? This bundle is for you. The RF 24-105mm f/4-7.1 IS is an excellent all-rounder lens and makes this RP bundle superb value for those looking to move to full-frame for the first time.View Deal

Canon EOS R body-only $1,599 at Canon
It might not have the eye-catching price tag of the ROS RP, but the Canon EOS R does brings some important upgrades. You get superior burst shooting (8fps vs 5fps on the RP), a better viewfinder, a higher-res 30.3MP sensor. This great deal cuts its price by $200.View Deal

Canon EOS R body-only with RF 24-105mm f/4-7.1 IS lens $1,899 at Canon
This fantastic full-frame combo is now $300 off for Black Friday. The EOS R is a more powerful all-rounder than the EOS RP, offering Dual Pixel CMOS AF when shooting 4K video. Combine it with the 24-10mm lens, and you’ll have most photographic scenarios covered.View Deal

Canon EOS R and EF-EOS R mount adaptor £1,439.99 at Canon
Save a massive 23% on the EOS R with a mount adaptor, which lets you use it all of your old EF lenses. That’s a great deal for this full-frame camera, which has a 30.3MP sensor, Dual Pixel CMOS AF, 8fps burst shooting and 4K video powers.View Deal

Canon EOS RP with RF 24-105mm f/4-7.1 IS STM, backpack, SD card and spare battery £1249.99 at Canon
If you fancy getting into full-frame photography and are starting from scratch, this new EOS RP bundle offers superb value. You get the small, powerful EOS RP with a versatile 24-105mm lens and three key accessories, including the stylish BP-13 backpack. Offer ends 30 November.View Deal

Canon EOS 90D body-only £999 at Canon
If you prefer the handling and longer battery lives of DSLRs, this excellent deal on the EOS 90D equals its lowest-ever price. Arriving in August 2019, the 90D is very new by DSLR standards, which means its combines treats like a 32.5MP sensor and the ability to shoot uncropped 4K video.View Deal

Canon Powershot G7 X Mark III £599.99 at Canon
Need a compact, reliable vlogging camera? The G7 X Mark III is one of the best around and is now £120 off in this deal, which ends on 30 November. It has great handling, impressive face detection, effective image stabilization and also a mic port for better audio.View Deal

Canon Ixus 185 £89.99 at Canon
If all you need is a basic point-and-shoot camera for everyday shooting (or to hand to the kids), the Ixus 185 is one of the best around – and right now, you can pick it up for only £89.99. It has a 20MP sensor and 8x optical zoom, which gives it more reach than most smartphones.View Deal

Not in the US or UK? You’ll find all the lowest prices on digital cameras from around the web right here, with offers available in your region.