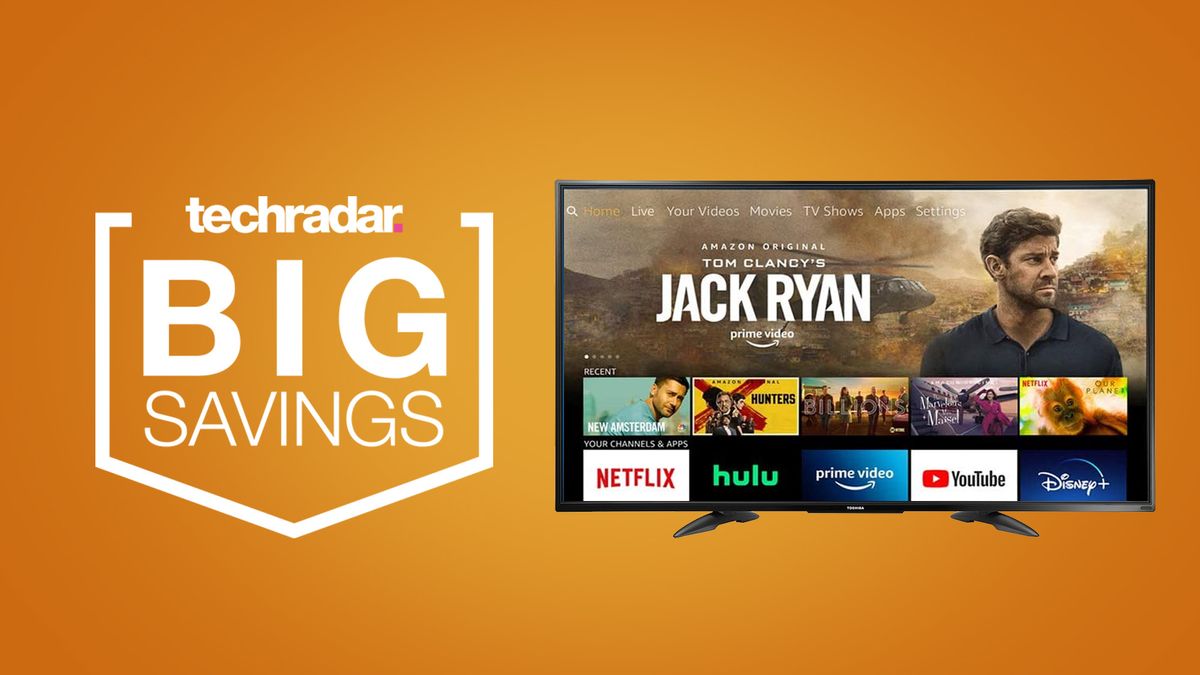 This week’s Black Friday TV deals are dropping prices on a range of Amazon’s Fire enabled TVs right now, leaving us with prices as low as $139.99 on the latest smart displays. We first saw these Fire TV deals over Prime Day, but it looks like they’ve made a return in the latest Amazon Black Friday sales.

Plus, if you’re in the UK, you’ll find plenty of TV deals available in Amazon’s early Black Friday deals this week.

These offers were available over Amazon’s own sales event a couple of weeks ago, but if you missed out on those cheap TV deals you’ve got another chance this week. Of course, you’ll find plenty more Black Friday TV deals just below as well and we’re also bringing you the very latest Black Friday deals as they come in.

Not in the US? Check out more TV offers in your region further down the page.

Toshiba 32-inch 720p smart Fire TV: $139.99 at Amazon
Save $40 on this 32-inch 720p Fire TV. You’re not getting 4K resolution here, but you are getting a fantastic price for a smart TV offering up a massive range of apps and services for the money. That’s perfect if you’re looking for a smaller display – or a secondary room for a bedroom or kitchen.
View Deal

Insignia 43-inch Fire 4K TV: $229.99 at Amazon
The all-new Insignia 43-inch Fire TV is seeing a $70 price cut this week in Amazon’s Black Friday deals. That means you can pick up the 2020 model along with its DTX Studio Sound and support for all the latest apps for a great price.
View Deal

Toshiba 55-inch Fire 4K TV: $329.99 at Amazon
Save $120 on the 55-inch Toshiba Fire-enabled 4K TV. $329 is a stunning price for a display of this size, never mind one offering glorious 4K resolution with Dolby Vision HDR and DTS Studio Sound.
View Deal

Samsung 43-inch 7-Series 4K Ultra HD Smart TV: $279.99 at Best Buy
For just $279.99, you can snag the Samsung 7-series, which is perfect for those more budget-minded folks who still want a feature-laden 4K TV from a top brand. They feature a universal guide that’s super handy for streaming content and Samsung’s Crystal Display technology for a sharp, clear picture.
View Deal

Samsung 50-inch 4K Ultra HD Smart TV: $328 at Walmart
A stellar price for a mid-size 4K TV, you can get the best-selling Samsung 50-inch TV on sale for just $298. With a ton of smart capabilities, PurColor technology, and elegant slim design, it’s a fantastic value mid-range set for any living room and its stellar customer satisfaction ratings attest to that.
View Deal

LG 70-inch UN7000 Series 4K UHD TV: $599.99 at Best Buy
The LG UN7000 Series might not be the top-end range from the tech giant, but it still manages to pack in an almost dizzying array of great values for the price. For $600, you’re getting HDR dynamic tone mapping, noise reduction, a sharpness enhancer, as well as full smart assistant compatibility too.
View Deal

Hisense 50-inch 4K TV: £349 at Amazon
This Hisense TV deal is another leftover from Amazon Prime Day, offering up a £100 discount on the 50-inch display. Hisense is well known for its budget displays offering up impressive TV tech for an impressive price point.
View Deal

Samsung TU7110 50-inch 4K TV: £429 at Amazon
Samsung’s 2020 Crystal UHD TVs are incredibly popular, so this £70 discount is working pretty hard right now. There’s an excellent level of clarity on this panel, as well as HDR10 and a Tizen operating system.
View Deal

Still searching? You’ll find all the cheapest prices on 4K TVs just below, with our comparison chart offering up the best offers from retailers across the web – in the US, UK, and Australia.

We’re also rounding up all the latest cheap TV deals and sales right here on TechRadar, or you can check out the best Black Friday TV deals and OLED TV prices.