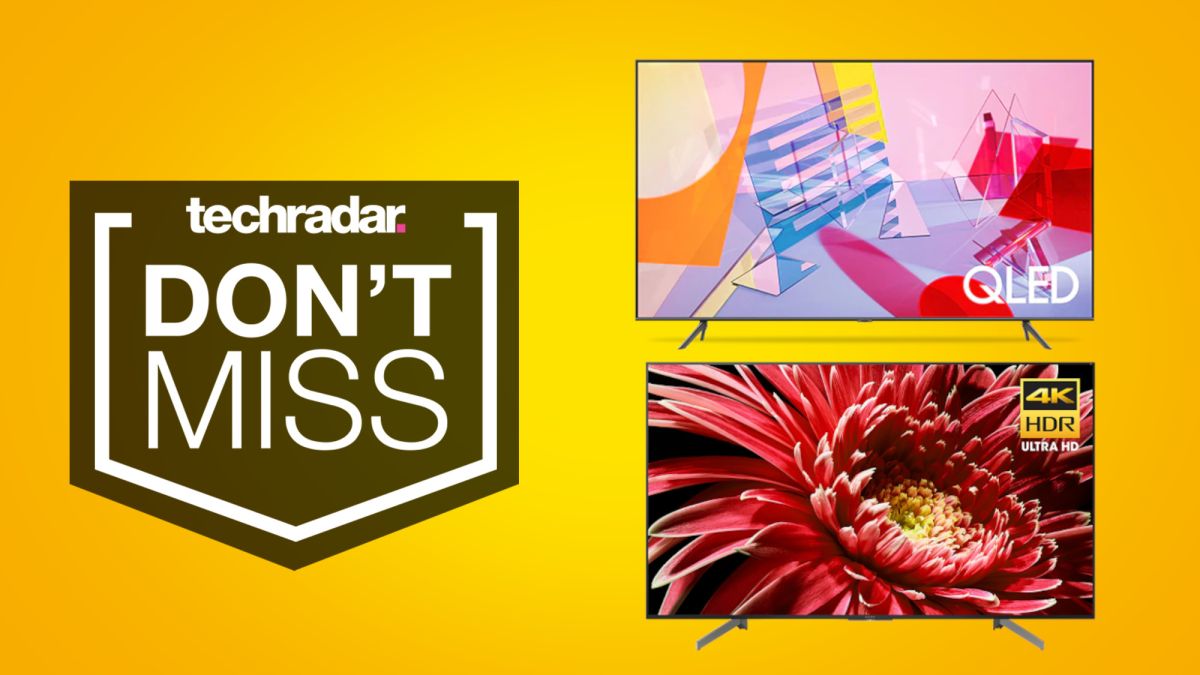 In years gone by, finding the best Boxing Day TV sales was a multi-month event – spending hours poring through catalogues and getting up at half three in the morning.

Now the best Boxing Day sales can be had from the comfort of your pajamas, and what’s more – there are still great deals to be had today. Even though the big day itself has now passed, we’re seeing many retailers extend their deals throughout late December, and fingers crossed into January too.

We’re rounding up the best Boxing Day and early January TV sales below with massive savings on a range of sets from top retailers like Amazon, Currys, John Lewis, and more.

We’ve rounded up everything from the top tech- OLED TVs and QLED TVs alike – from nrands like Samsung, LG, and Sony, with a wide array of sets to choose from with prices starting at just £149. That’s worth checking out if you’re looking to upgrade your main set, or buy something small for the bedroom.

JVC LT-32C600 32-inch HD TV: £149 at Currys
Save £70 on this budget HD TV from JVC. You’re making do with a 50Hz panel, which is par for the course at this small 32-inch size – but you will get Freeview Play and two HDMI 1.4 ports for basic passthrough from AV hardware and consoles. With JVC’s Smart Platform tech you’ll be all set for Netflix, Prime Video, and iPlayer too.
View Deal

Samsung TU7100 43-inch UHD HDR 4K TV | £319 at Very
This 43-inch 4K TV is £130 off at Very right now, offering up an incredibly popular model for less. Very’s latest 4K TV deals are proving particularly competitive right now, so you’ll have to wait a little while for delivery on this one.
View Deal

LG UN80006LC 43-inch UHD HDR 4K TV | £379 at Currys
Save £70 – This LG has just dropped to £379 at Currys in this week’s cheap TV deals, which makes for an excellent price on the TruMotion 100, HDR 10, Ultra Surround Sound display. Not only that but new Spotify members can also pick up six months of Premium for free.
View Deal

Sony Bravia KD43XH8096BU 43-inch 4K TV: £549 at Currys
Save £100 – A £100 discount is bringing this Sony Bravia 43-inch TV down below £549 this week. That’s a great price as you’re getting Dolby Vision HDR, a suite of smart catch up services and 400Hz fluid motion, which will give your pictures a better look through panning scenes and nature programming.
View Deal

LG OLED CX 55-inch TV: £1,299 at John Lewis
You’ll find this OLED TV deal at a number of retailers this week, but we’d recommend going with John Lewis. Not only are you getting an excellent price, but that five-year guarantee is going to provide some much needed peace of mind as well. You will, however, also find this price at Currys, AO and Amazon.
View Deal

Samsung TU7100 50-inch UHD HDR 4K TV | £369 at Very
Save £180 – This Samsung 7-Series TV is slightly weaker than the 8-Series models also on sale in this week’s cheap TV deals. However, a £150 price drop at Very makes up for that slight reduction in performance nicely, especially on a 50-inch display.

Samsung Q60T 50-inch UHD HDR QLED 4K TV | £599 at Currys
Save £300 – The latest Q60 QLED TV to come out of Samsung, you’re picking up a fantastic display here with an equally amazing £300 discount. There’s plenty to get excited about under the hood of this QLED panel, with premium tech offering up crystal clear 4K and intelligent sound.
View Deal

Sony Bravia KD55XH8096BU 55-inch UHD HDR 4K TV: £649 at Currys
Save £300 – We’ve seen this Sony Bravia going for as much as £949 before, which makes this £649 sales price all the more impressive. There’s some serious tech packed in behind the 55-inch display as well, with Motionflow XR 400 Hz tech and an X1 processor making every film or game shine.
View Deal

LG CX6LA 55-inch 4K Smart OLED TV: £1,299 at Currys
Save £400 – Score a £400 price cut on the premium LG 55-inch OLED TV at Currys. The smart TV has Amazon Alexa, and the Google Assistant built in so you can use your voice to control your TV and compatible smart home devices.
View Deal

Back to lowest price

LG OLED CX 65-inch TV: £1,799 at John Lewis
John Lewis has also cut £200 from the price of the larger 65-inch LG OLED CX. Not only that, but you can also claim 21 films from Rakuten TV for free, and you’re still getting that five-year guarantee as well.
View Deal

Samsung The Frame 2020 75-inch 4K TV: £1,999 at Currys
Save £800 – Huge savings on this massive 75-inch model of Samsung’s The Frame TV. With Art Mode for displaying artworks and photography, customizable bezels, and a QLED display, this is a TV for those who think form should match the picture. Includes HDR10+ too.View Deal