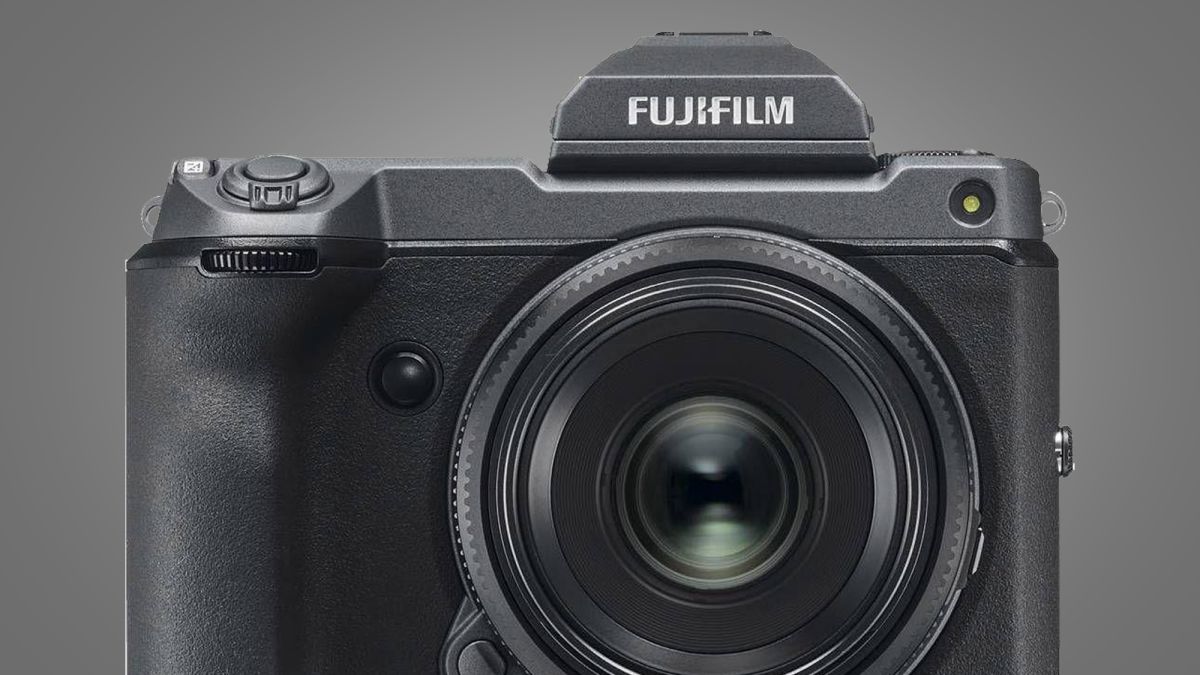 The rumored successor to the Fujifilm GFX100, the company’s hefty 102MP medium format camera, is expected to be significantly smaller than the current model, despite the inclusion of in-body image stabilization (IBIS).

According to the usually reliable Fuji Rumors, a trusted source told the site that the new Fujifilm GFX100 will be “about as big as the Fujifilm GFX 50S”, which is the company’s smaller, 51.4MP model.

This follows rumors from last week claiming that the camera will launch in early 2021 and feature the same medium format 102MP sensor as before. That sensor is a whopping 67% bigger than the full-frame ones found in cameras like the Canon EOS R5, which brings benefits like unrivaled dynamic range.

So how much smaller would this make the new GFX100, if the rumors are true? Quite a bit, actually. The original GFX100, which our review called “a landmark medium format camera” when it arrived in June 2019, is a beefy camera that weighs 1,400g and has a non-removable vertical grip that houses two batteries.

If the new GFX100 did indeed manage to shrink itself down to the size of a GFX 50S, that could mean a weight loss of around 34% and a height reduction of 5cm, with around a 1cm cut from its depth.

Of course, these are very rough estimates, but they hint at a significant design change that could make it even more desirable for things like portrait shooting or landscapes, particularly among full-frame photographers who were put off by the original model’s size and bulk.

Medium is the message

But Fujifilm’s GFX range is a fascinating system that’s genuinely breaking boundaries for medium format cameras. This year the company added the GF30mm f/3.5 lens to the system, which meant there are now eight prime lenses, three zooms, and a teleconverter all covering a very useful focal range for pro snappers.

One of the reasons pro photographers have been tempted by the Fujifilm’s GFX system is the impressive dynamic range that’s possible with a medium format camera, compared to full-frame. We also found the amount of detail produced by the current GFX100 to be superb with excellent noise control. Naturally, this raw power, plus tools like hybrid autofocus, make it an excellent video camera, too.

However, rather than performance, our main issue with the GFX100 was its design. That significant size and weight limited its appeal compared to full-frame cameras, and we also didn’t like its underdeveloped grip. If Fujifilm has indeed managed to solve those issues with a new GFX100, it could yet tempt more deep-pocketed pro photographers to switch.