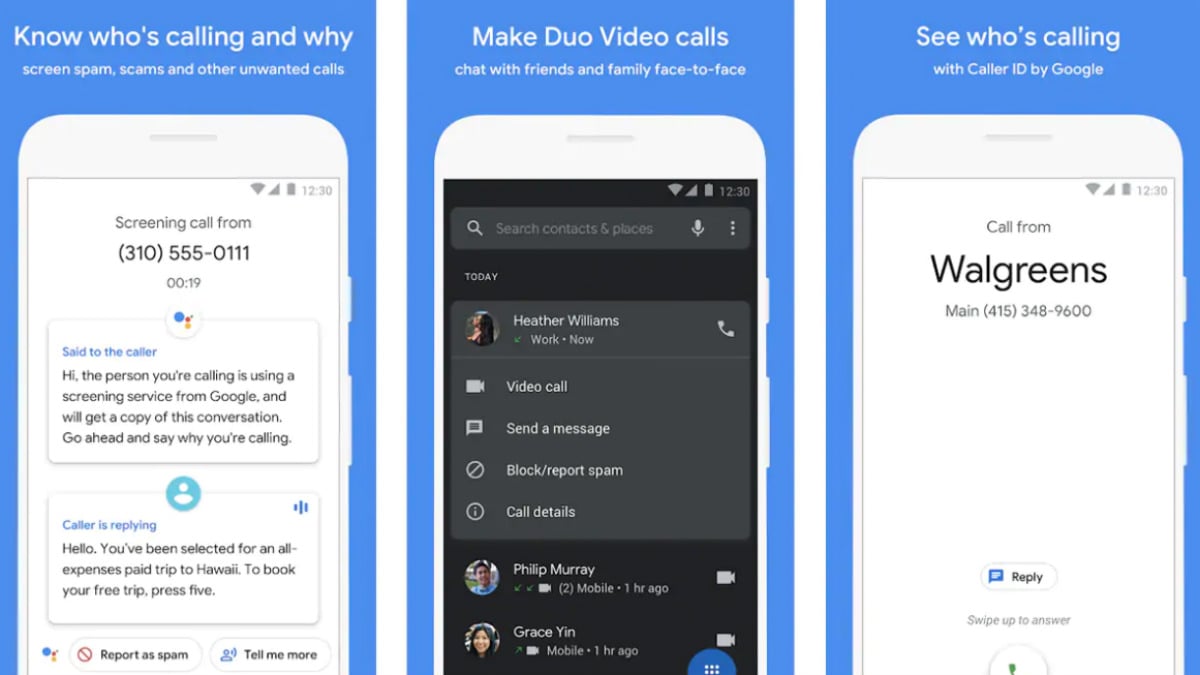 Google Phone app can now be installed on almost all non-Pixel and non-Android One smartphones, an online report has said. The only way to install the app on non-Pixel phones is by enrolling to the app’s beta programme as the expanded support is currently in testing. While non-Pixel smartphone users may still won’t be able to see the app in the search results on the Google Play Store, there is a way to check whether your phone is compatible with the app or not.

According to a report by Android Police, the beta version of the app is available for ‘anything that isn’t a Chromebook, Android TV, or watch’ that essentially means users of almost all smartphone brands can now use it if they have enrolled in the beta programme. Certainly, it won’t be easy to locate the app on the Google Play Store if you have a non-Pixel phone. In that case, you can click this link to find it. Further, the Internet is full of workarounds and modded versions for sideloading it but the app may crash.

If you have already enrolled in the app’s beta programme, then you can download the app via the Google Play store. It’s also worth mentioning that since it is the beta version of the app, you may experience failure at times. Further, it is also possible that the app may not be available in your country.

Android Police says that it has tested the device on the Samsung Galaxy S20 Ultra, Samsung Galaxy Z Flip, OnePlus 8, OnePlus 8 Pro, among others. The publication also notes that all the smartphone brands may not be able to get all the features of the app. This includes the Call Screen feature that lets you talk to the caller by choosing texts available on the screen. It is only available for Pixel smartphones in the US.