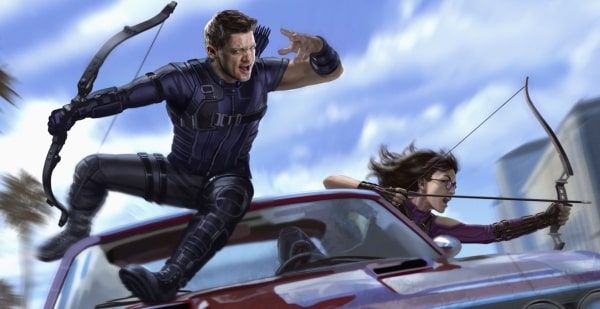 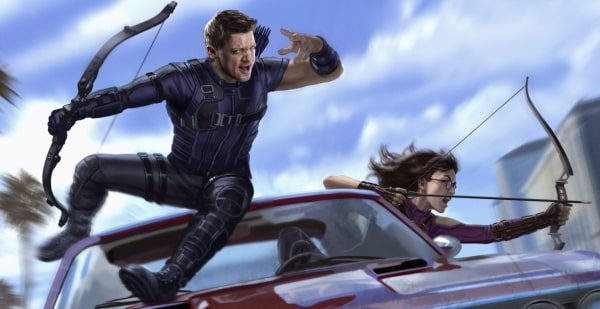 First up, Renner posted a picture on his Twitter account, confirming that he was filming, and mentioning Bishop’s character.

You’ll notice that one of those photos also features a dog. That’s a reference to a very popular and acclaimed Hawkeye comic book that ran from 2013, by writer Matt Fraction and artist David Aja. In that book, Clint saves a dog from some wrong ‘uns, then adopts him. He likes pizza – hence, he’s informally called Pizza Dog among fans of that book (his real name is Lucky).

Clearly, Marvel is taking inspiration from great sources once again – which bodes well for this new show, which doesn’t have a release date yet, but is expected sometime in late 2021.

Steinfeld definitely looks the part as the younger Hawkeye – it’ll be interesting to see how the show creates a mentorship between Renner’s Hawkeye and her character. In the comic book, Barton was a down-and-out loser living in an apartment block, but the MCU version gave him a family. He’s also still recovering from going on a killing spree in Avengers: Endgame, so he has a fair amount of baggage.