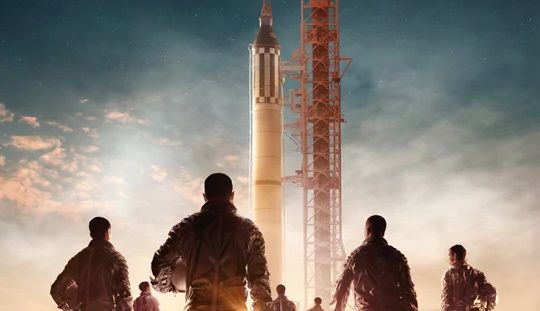 Making an assured landing on Disney Plus is National Geographic’s The Right Stuff. Based on the 1979 novel by Tom Wolfe, it’s an eight-part historical drama set against the backdrop of the Cold War, following seven astronauts as they embark on the first human spaceflight program in US history. You can watch The Right Stuff online now; just read below how to stream the new Disney Plus series from anywhere.

The first two episodes of The Right Stuff premiere exclusively on Disney Plus Friday, October 9, with a new episode available the same day each week. A subscription is dirt cheap too – Disney Plus costs just $6.99/£5.99 a month, about the equivalent price of one movie rental online.

The Right Stuff charts the lives of the Mercury Seven, America’s first ‘star voyagers’, as NASA ploughs ahead with its ambition to send a man into space before the Soviets beat them to it. Watchmen’s Jake McDorman is Rear Admiral Alan Shepard – the first American to leave Earth’s orbit – and Shannon Lucio his wife Louise. Suits actor Patrick J. Adams stars as astronaut John Glenn, while Colin O’Donoghue plays Gordon Cooper, the youngest of the group.

Award-winning director of The Americans Chris Long sets the scene in pilot episode ‘Sierra Hotel’. It’s 1959 and the newly formed NASA goes about recruiting seven test pilots tough enough to endure the rigors of spaceflight. Meanwhile, in follow-up episode ‘Goodies’, the newly formed Mercury Seven have conflicting feelings about the press intrusion that follows their newfound status as national heroes.

If you loved the depiction of extraordinary human endeavor in Hidden Figures or First Man, then you’ll want to propel yourself into the orbit of Disney Plus pronto. Keep reading as we detail how you can watch The Right Stuff online from anywhere now.

How to watch The Right Stuff online with Disney Plus today

Disney Plus has rolled out across vast swathes of the world now, including North America, Australia, New Zealand, the UK, and Japan. Anyone in countries with access to Disney Plus simply need to head to the Disney Plus website to sign up for the service.

As well as being the exclusive home of Disney Plus original series The Right Stuff, there are loads of other reasons to check out the streaming service. It offers absolutely unbeatable value for little and big kids alike: every Simpsons episode ever made, all your favorite Pixar flicks, the latest Marvel movies and spin-offs, the entire Star Wars canon – all for just $6.99/£5.99 a month. And need we mention you can watch the filmed version of the Broadway phenomenon Hamilton?

It really is something special considering how much you get – and how much of it can’t be found anywhere else. Better still, you can save 15% if you sign up for an annual subscription, or for the ultimate value, take advantage of a combined bundle that includes ESPN+, Hulu and Disney Plus for the ridiculously cheap price of just $12.99 a month.

There’s so much included – and so much more yet to come – that you might forget cable TV ever existed. And you can enjoy monthly access for about the price of an appetizer!