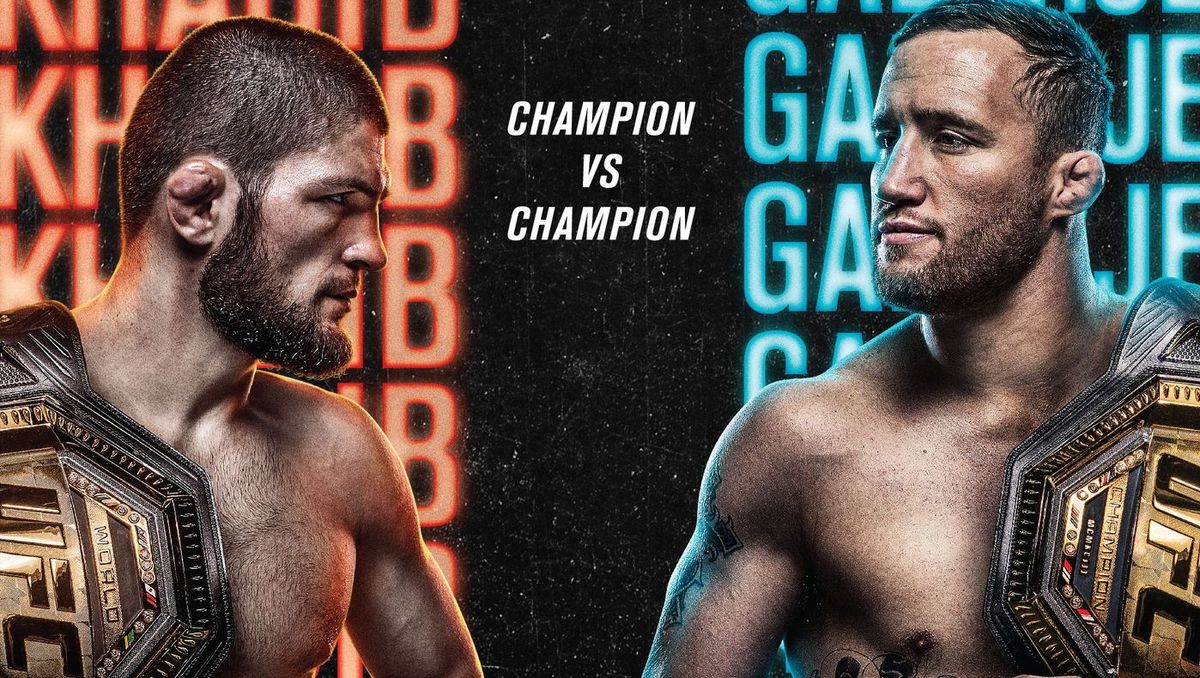 It’s Fight Island’s final bout of the year, and what a clash to be ringing that final bell to. UFC 254 plays host to the biggest fight of 2020, as interim lightweight champion Justin Gaethje takes on the dominating Khabib Nurmagomedov for the Undisputed gold. And we’re showing you exactly how to live stream UFC 254 and watch Khabib vs Gaethje and more this weekend with ESPN+ being your main destination.

After losing his father, Abdulmanap Nurmagomedov, to Covid-19, Khabib was left on the sidelines, dealing with his own personal tragedy while Garthje stepped in for the interim. This weekend Nurmagomedov is back in the Octagon to bring his belt home.

It’s worth noting that UFC 254 is taking place a lot earlier than previous events today after early prelims started at 10.15am ET / 7.15am PT. The slated time of the main card is 2pm ET / 11am PT and you can expect the main event at around 4.30pm / 1.30pm PT. And ESPN+ will be the place to watch the fight.

Gaethje has stormed his way up the lightweight ladder, finishing up with a dominating performance against Tony Ferguson in May. Now, he’s looking to use his wrestling background to take on the reigning champion, forcing a higher center of balance to lend even more power to his record-leading striking rate.

Khabib Nurmagomedov has seen all that before, though, and conquered it. With the longest win streak in the history of the UFC – and that crushing win against one Conor McGregor – Nurmagomedov doesn’t run into trouble too often. With a ground game as forceful as they come, Khabib has earned his stripes by keeping his opponents under his control and finishing off with a siege of attacks that simply can’t be returned.

However, this is where this weekend’s UFC 254 matchup gets interesting. While it’s easy to assume that such raw power will keep Nurmagomedov’s belt warm for him, his interim competitor has a unique style that will have to be reckoned with if Khabib is going to walk away with ease.

Read on to find a UFC 254 live stream to watch Khabib vs Gaethje online.

UFC fans in the US will likely know that ESPN+ has the rights to all of the biggest MMA fights around. That means it’s your one and only place to watch UFC 254 tonight in the US, with that massive Khabib vs Gaethje fight in the main event.

The main card is slated to start at 2pm ET / 11am PT, so you can probably expect the big dogs to hit the Octagon at more like around 3pm ET.

Your options for watching the event depend on whether or not you have already dived in and bought a subscription to ESPN+. If you haven’t, then the obvious way to go is with a UFC Bundle, costing you $84.98 – orders are already open. While that might sound like a lot, it’s not just getting you the UFC 254 PPV, but you’ll get a year-long subscription to ESPN+ (that would normally cost $50 alone) – a savings of over 25% in total.

The prelims will also be shown on ESPN linear (as well as ESPN+), so you can get a taste for life back in the Octagon from 10.15am ET if you have ESPN access already.

– Head to ESPN+ to sign up now for Saturday’s PPV

What does a UFC fan get with their ESPN+ subscription?

Quite a lot, as it happens – on top of being able to stream October’s big event, a subscription to ESPN+ opens up access to over 20 exclusive live UFC Fight Nights, alongside original content including Dana White’s Contender Series, UFC Destined, and Ariel & The Bad Guy, plus classic fights, replays, and there’s also the perk of fewer commercials.