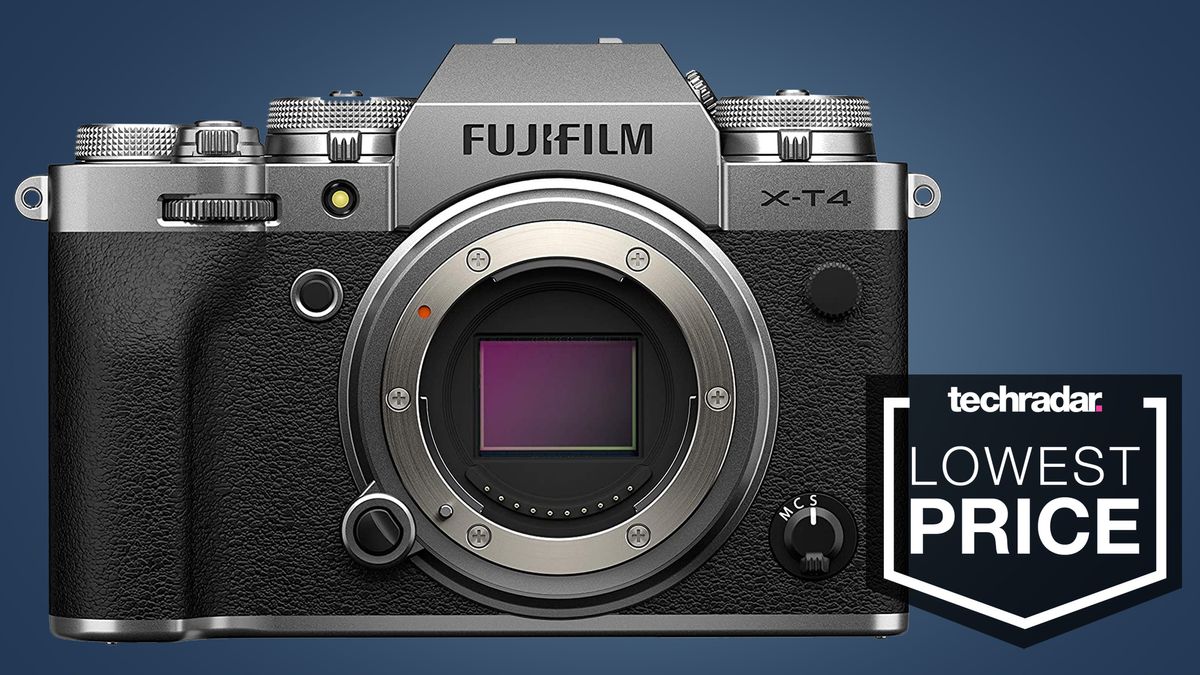 The Black Friday camera deals are starting to ramp up ahead of the big day, and Amazon has just produced the best one yet for hobbyist shooters – a lowest ever body-only price for Fujifilm X-T4 at $1,499 (was $1,669), which is a fine deal on our current number one camera.

This $200 discount on Fujifilm’s flagship mirrorless camera is very rare, despite the X-T4 arriving back in February 2020. The APS-C camera has held its price pretty consistently, only briefly dropping to $1,599 in May this year. But this is the lowest price we’ve seen it available for, and it’s unlikely to drop any further during the Black Friday deals.

The Fujifilm X-T4’s predecessor, the X-T3, has also been discounted in Amazon’s early Black Friday deals, and is available for $1,499 ($1,899) with the XF18-55mm kit lens. That’s also a fine option for hobbyist photographers, particularly if you prefer a tilt-only screen to a fully articulating one – although we have seen that bundle available for a lower price in the past.

Given the same can’t be said about the X-T4, we think it’s the deal to snap up – and it may well prove to be one of the best camera deals of the whole Black Friday period.

(Not in US? Scroll down for deals in your region).

The reason why the Fujifilm X-T4 sits at the top of our guide to the best cameras for photography is because it’s an all-round package with few weaknesses, making it suitable for all kinds of photography and video scenarios.

Given the fact that it’s an APS-C camera, rather than full-frame, it’s most at home with landscape, portrait and street photography. Weddings photographers will also enjoy its discreet size, in-body image stabilization and ability to shoot 4K/60p video.

The X-T4’s 15fps burst shooting makes it a good choice for action as well, while Fujifilm’s strong range of XF lenses mean there’s likely a choice for most situations, whether you need a small prime for the street, or a powerful telephoto zoom on a safari. With very few rumors about a Fujifilm X-T5, the X-T4 is likely to be a good investment for the future as well.

No matter where you live, you’ll find all the lowest prices for the Fujifilm X-T4 from around the web right here, with offers available in your region.