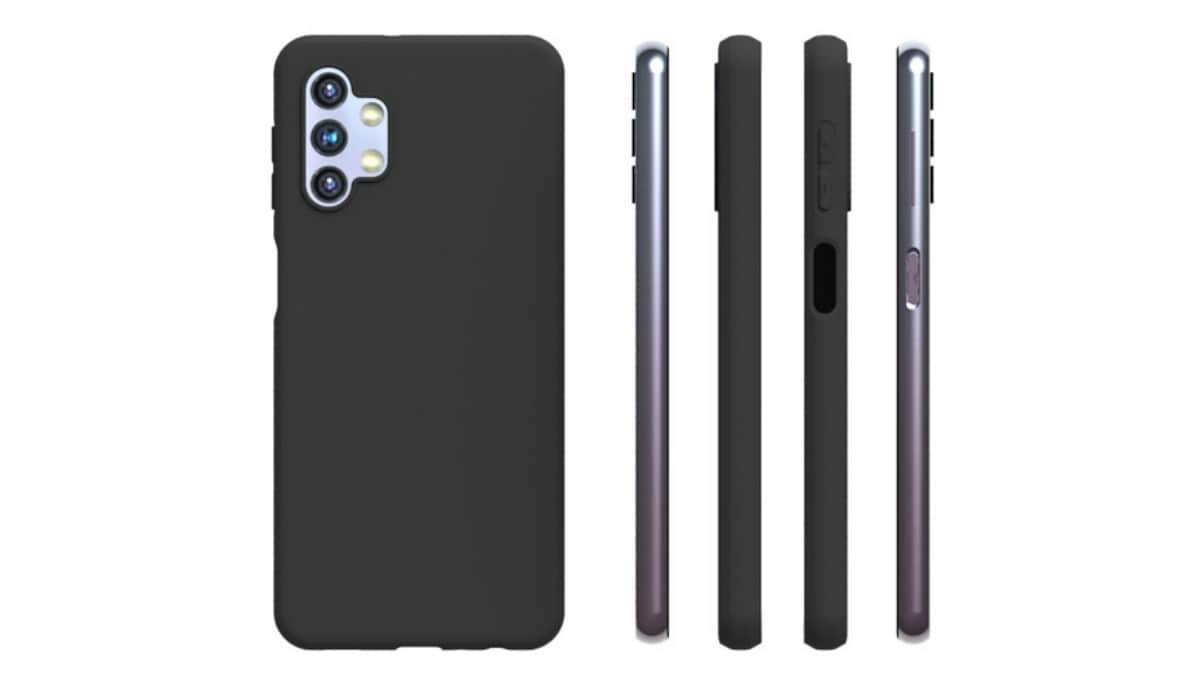 Samsung Galaxy A32 5G alleged case renders have surfaced online, offering a glimpse into the possible design of the smartphone’s rear camera module. As per the renders shared on Twitter, the smartphone could feature three rear cameras lined up in a vertical fashion, with two LED flash also aligned vertically. The renders also show that the volume rocker and a physical fingerprint sensor are on the right side of the handset. It is also seen sporting a 3.5mm port.

As per the renders of the Galaxy A32 5G cases tweeted by tipster Sudhanshu, the smartphone’s rear camera module has a new design element. The cameras are placed in circular cutouts, like we saw in recently-leaked renders of the Galaxy S21. The cameras are aligned in a vertical fashion and there are two LED flash placed adjacent to the three cameras.

The physical buttons on the alleged Galaxy A32 5G are seen on the right side of the frame. Further, we can also see small cutouts on the bottom that are likely to be for a 3.5mm port, a speaker grille and a USB Type-C charging port.

While there is no official confirmation on the smartphone, a report revealed that Samsung had filed trademark applications for names of nine smartphones in the Galaxy A series, which included the Samsung Galaxy A32.

Samsung is reportedly working on the mid-ranger Galaxy A32 5G, which is touted to be the successor to the Galaxy A31. The smartphone is expected to carry the model number SM-A326, and just like its predecessor, it is said to carry a 48-megapixel primary sensor. The report also says that Samsung may use a 2-megapixel depth sensor in the Galaxy A32 5G.