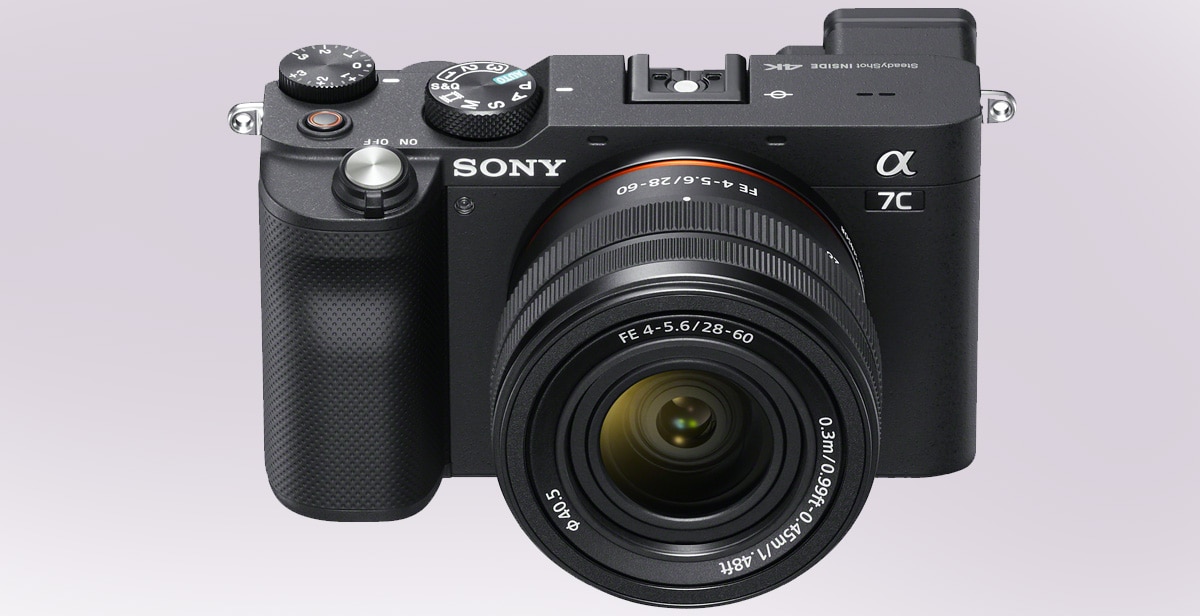 Sony A7C has just been announced and is touted as the ‘world’s smallest and lightest’ full-frame camera. Despite the smaller footprint compared to the Sony A7 III it still features a 24.2-megapixel sensor, in-body image stabilisation (IBIS), and 4K video recording. It also supports advanced shooting modes such as S-Log, HLG picture profiles, and real-time eye-autofocus (Eye AF).

The Sony A7C features a 24.2-megapixel full-frame CMOS sensor, in a magnesium alloy body. It has a native ISO range of 100-51,200, burst shooting of up to 10fps, and 5-axis IBIS. It features 693 phase detection autofocus (PDAF) points with support for Eye AF for both humans and animals. The camera measures 124.0mm x 71.1mm x 59.7mm and weighs about 509g. Sony has managed to cram in the NP-FZ100 high-capacity battery, which promises up to 740 images on one charge (when using the LCD display).

The Sony A7C has a 3-inch rear, touchscreen LCD display with a 921K dot resolution. You also get an OLED viewfinder (EVF) with a 2.36 million dot resolution but with a lower magnification of 0.59x, compared to the A7 III. The camera also has built-in Wi-Fi ac, Bluetooth and NFC. There’s a USB Type-C port too, which can be used to charge the battery while it’s in the camera. It has a single SD card slot. The A7C can shoot video up to 4K 30fps or 1080p 120fps.