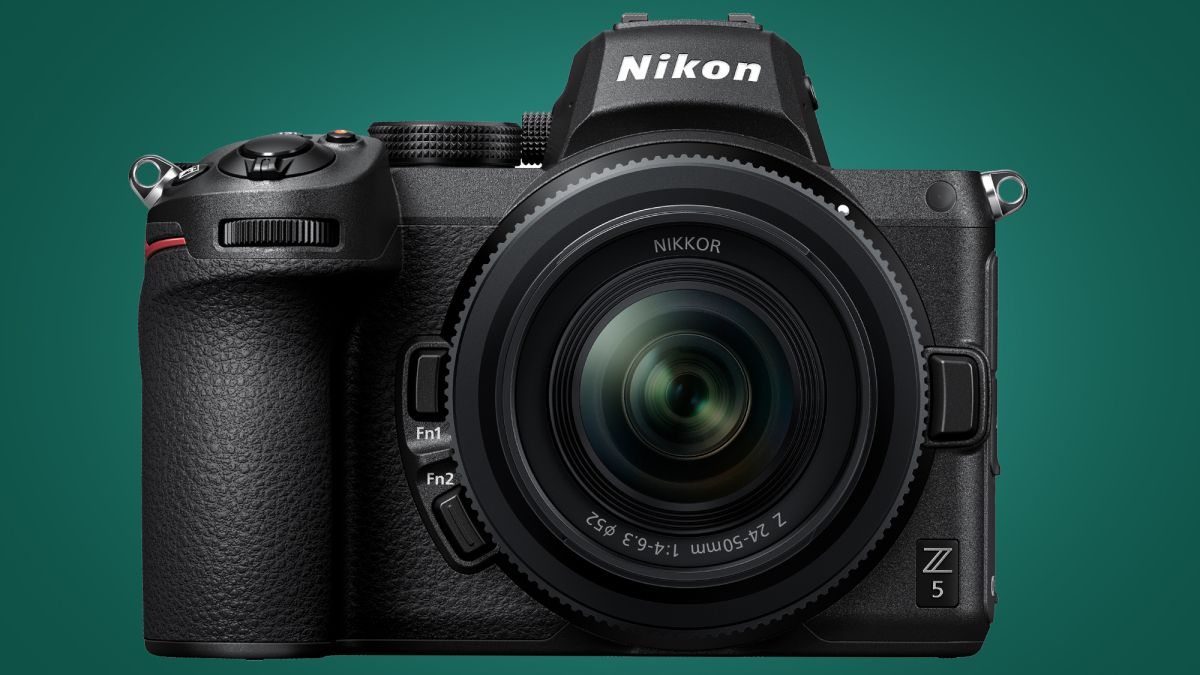 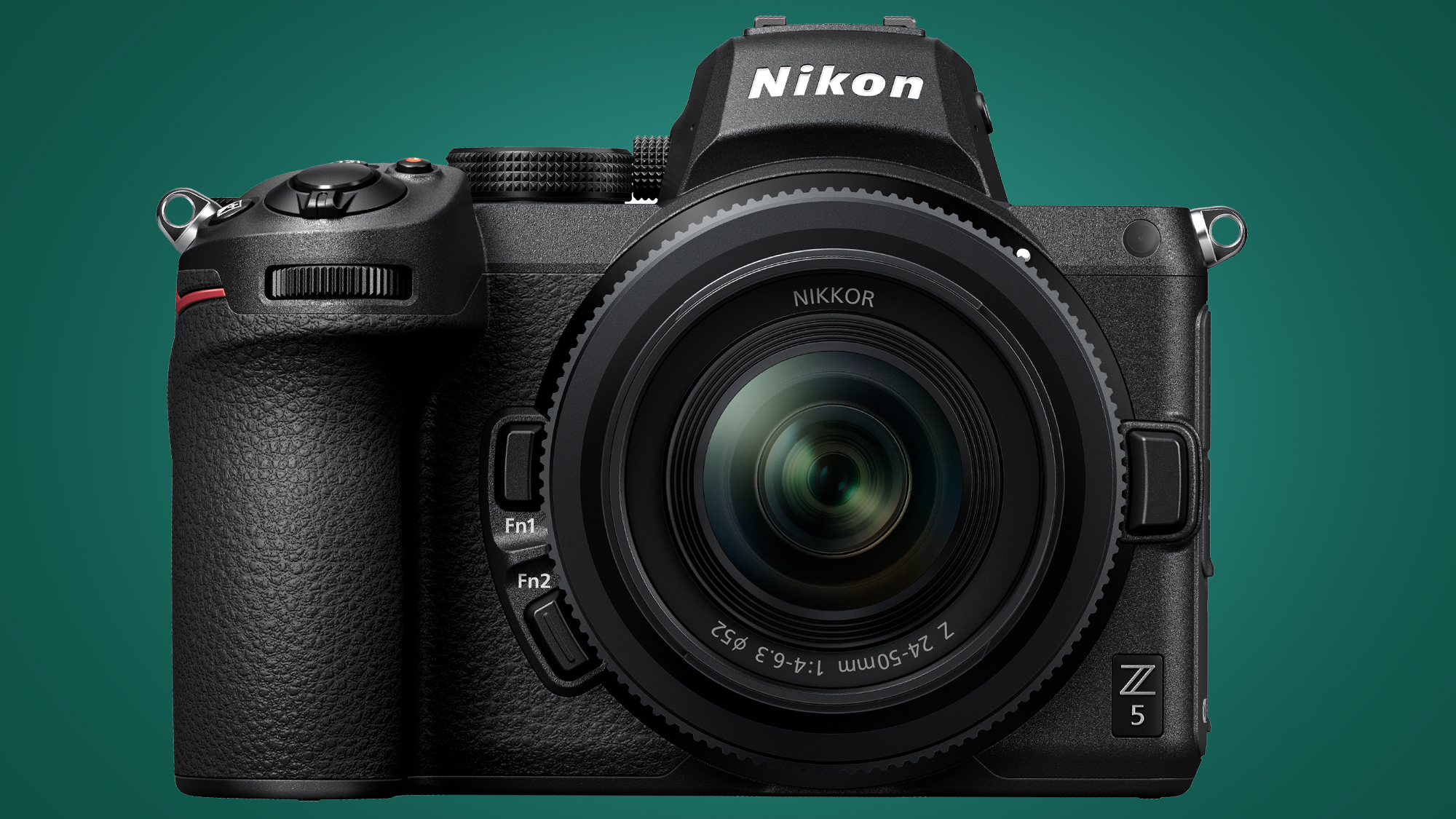 It’s easy to become swept up in the excitement of a new flagship camera, and become dazzled by specifications such as ultra-high-resolution sensors, 8K video recording, ridiculously clever autofocusing and so on.

For the average consumer, however, those features mean little when you don’t have the budget to pay for a professional-level camera, nor the desire to use such specifications for everyday shooting.

The majority of consumers are after a camera that captures good-quality images, offers a solid range of features, and is capable of handling a few different subjects – all without being too cumbersome to use. I think the Nikon Z5 delivers all of the above, making it the ideal camera for those looking for their first full-frame device.

Honey I shrunk the camera

These days, while most of us want the best possible image quality, we’re no longer prepared to lug around a camera of hefty proportions to get it – indeed, for many of us the quality delivered by our smartphones is more than sufficient for everyday shots.

But for those who can tolerate a little extra weight, mirrorless cameras bring the high-quality of full-frame shooting to the masses. The Nikon’s Z series, in particular, shows that it’s possible to reduce the size of a camera without hindering its ergonomic quality.

The Z5’s body design and layout is similar to the Nikon Z6 and Nikon Z7 models, but it comes with a tiny 24-50mm kit lens that can be retracted when not in use, and this combination makes it the perfect walkaround or travel camera.

Neither does its small form result in a lack of control: the Z5 comes with plenty of buttons and dials to enable you to change settings when you need to, including a super-handy Quick menu.

Compare the above to the convoluted menu systems and small buttons of Sony’s full-frame offerings, or the slightly awkward handling of Canon’s entry-level offering, the Canon EOS RP, and in the Z5 you have the perfect blend of size and usability. In fact, even those who have previously only used their smartphone camera for taking photos should be pretty happy with the Nikon Z5.

One of the main criticisms of newer mirrorless systems such as the Nikon Z and the Canon EOS R is that they fall short of offering the range and depth of lens seen in cameras from Sony, Panasonic, Olympus and Fujifilm, which have been making mirrorless models for longer.

While that’s a fair point, the average beginner is unlikely to require a bag full of lenses, much less something specialist, right from the off. The proprietary lenses already available for Nikon Z cover good ground, with 14mm the widest focal length available, and 200mm being the longest. If you have a need for macro, fisheye, tilt-shift and so on, then you could always turn to a lens from Nikon’s F-mount lineup, via an adapter.

What’s more, Nikon has clearly thought about the entry-level user by introducing the super-small 24-50mm kit lens. There’s also the fairly new 24-200mm lens, which would be perfect for use on your next holiday. These might not be the sharpest lenses optically, but they certainly make the leap from smartphone to your first proper camera far less intimidating.

Chances are, if you’re on the hunt for your first proper camera then you’ll likely be using it to capture a variety of subjects and scenarios, rather than specializing, and the Z5 copes well in this regard.

Features such as Eye AF work well for portraits; the 24-megapixel sensor produces sufficient detail for landscape and macro shooters and AF tracking follows moving subjects in the frame pretty well. The Z5 isn’t the perfect camera for any individual subject, but it does a good enough job at each of them to make it well suited to switching between them depending on your mood.

In addition, the Z5 is small and light enough not to be an annoyance when you want to throw it in a bag for travel, holidays and days out – and it will certainly elevate your day-out snaps to a level above what your phone can muster.

Nikon has also thrown in some ‘luxury’ features, imported directly from the company’s higher-end Z6 and Z7 models. These include a super-high-resolution electronic viewfinder, a very capable AF system, and a tough, weather-sealed body. Finding such functionality on an entry-level camera is a boon, showing that Nikon expects you to grow and learn with this entry-level model, and not have to immediately ditch it after only a short period of use.

There must be some downsides, though?

Okay, let’s be straight: no camera is perfect, and the Z5 suffers some niggles that you’ll need to consider, largely depending on what you intend to shoot.

One of the most significant is video. The Z5 is capable of shooting 4K, but it applies a fairly heavy 1.7x crop in order to do so. There’s no articulating screen, either, and vloggers are likely to be put off straightaway by these two limitations. You can shoot unrestricted in Full HD, however; so those shooting the odd clip are unlikely to be affected by these shortfalls.

Another issue is the frame rate. Although the Z5 is capable of keeping up with moving subjects, it can only capture them at 4.5fps, which makes it a difficult sell to those with a penchant for wildlife or sports photography – but, again, if this isn’t a priority then it’s unlikely to be a dealbreaker.

About that price tag…

Overall, then, the Z5 is an attractive bit of kit, but its price may prove a sticking point. Not only is the camera more expensive than other entry-level full-frame models such as the Canon EOS RP and the Sony Alpha A7 II, it’s also only fractionally cheaper than Nikon’s own Z6.

You could argue that if you’re already investing a hefty sum into a serious camera, then it makes sense to shell out a little more to get a slightly better camera that will last you longer.

However, you have to remember that the Z5 is a brand-new camera. Once it goes on sale, and retailers start to adjust the price accordingly, the Z5 will come into its own, and will likely represent something of a bargain.

Ultimately, the Z5 offers plenty of appeal for the average photographer who wants to up their game to full-frame shooting – and, crucially, those buyers will be better served by the Z5 than its current crop of rivals. This is the reason we think the Nikon Z5 is the ultimate entry-level full-frame camera you can buy right now.