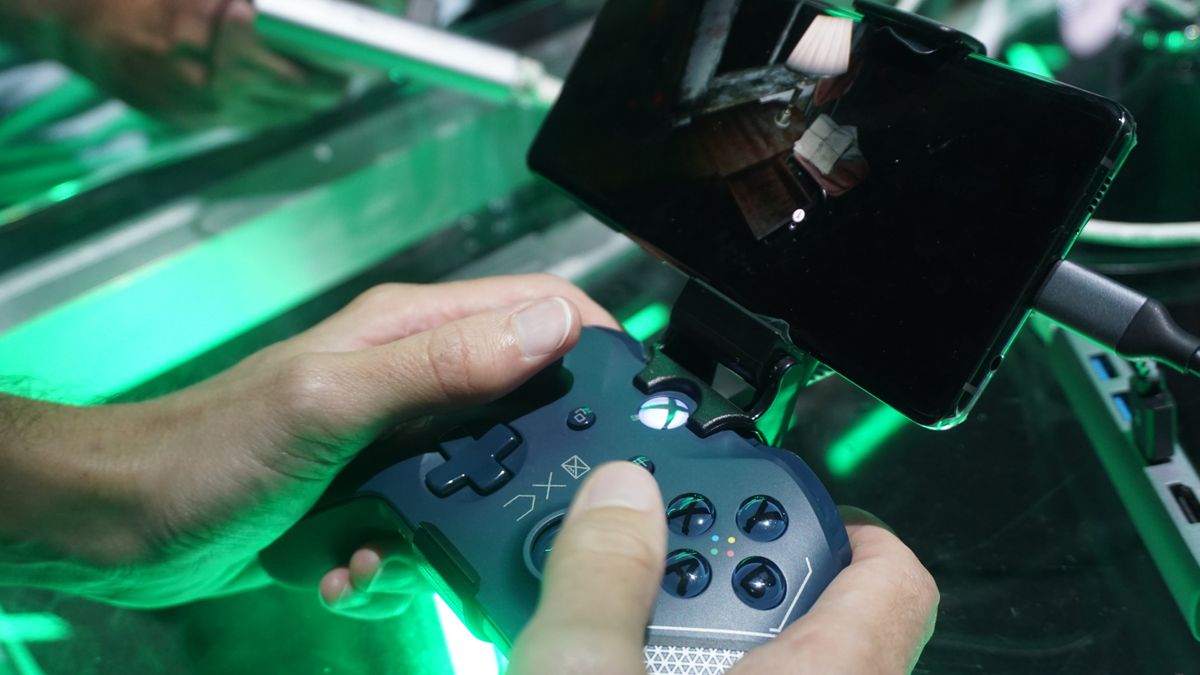 Microsoft’s Project xCloud is a new game streaming service that lives in the cloud and aims to let you play big-name games on whichever device you want, whenever you want, streaming on your consoles, on your phones and on your Windows 10 PCs.

It will do that by leveraging Microsoft’s existing data centers across the globe by loading up servers with the component parts of multiple Xbox One consoles, and use them to run the games streamed directly over the internet to the device of your choice.

Until now the project has remained small scale, with Microsoft employees testing the service internally, but now the company has started its public preview – allowing those who registered interest to test out the game streaming service for themselves.

While Microsoft claims Project xCloud can already stream 3,500 games – with another 1,900 games potential titles on their way – the preview build only lets you try out four key titles: Gears 5, Halo 5: Guardians, Killer Instinct and Sea of Thieves.

At its X019 keynote in November, Microsoft said that number will increase to over 50 games in 2020, but didn’t tell us when the service would actually launch. What we do know is that Microsoft promises it will scale out across 54 Azure regions (with data centers in some 140 countries) when the system is honed and ready.

More recently, Xbox boss, Phil Spencer, who posted on Xbox Wire announced that xCloud will (via MSPoweruser) be coming to Xbox Game Pass when it launches later this year.

Whether it will automatically be bundled with your Xbox Game Pass subscription is also unclear, it could be that subscribers will have to pay a little more to access the service. But at least we know it’s on its way in 2020.

So what are we to make of Microsoft Project xCloud? We’ve had some time with it, and have written out our thoughts below.

It’s hard to describe the design of something that is cloud-based, particularly when the real-life iteration of xCloud will differ from device to device. What’s even harder to describe is a service that Microsoft is still remaining tight-lipped about. While some details have been shared, the specifics of how Project xCloud is running, future plans and a release date are all pretty hush hush.

We first got our hands on the service during Microsoft’s E3 2019 showcase and tried two particular AAA titles: Resident Evil 7 Biohazard and Forza Horizon 4.

Both setups were attached the Xbox’s new Elite Pro 2 controller by a phone controller mount and were streaming to a Samsung S10 – currently Project xCloud only supports Android devices running Android 6.0 Marshmallow or newer.

The Xbox controller is bulky, almost too much so to be paired with a device that’s meant to be easily portable. While it feels premium and weighty, we can’t imagine it’s something that could easily be popped in your pocket while on the move. You may be able to use the service without a controller but our gut feeling is that touch controls would be far too fiddly for some of these top tier games.

Luckily, all Microsoft controllers work with xCloud and the company is working with third parties to support more controllers. Hopefully something a bit smaller and lightweight.

When it came to testing the service during the preview, we opted to go for a larger device: the Samsung Galaxy Tab S4.

For those testing the preview, Microsoft has specified a set of hardware requirements. For a start, you need to be using a device that boasts Android 6.0 or better, and your device must support Bluetooth 4.0 in order to hook up a Bluetooth-enabled Xbox One Wireless Controller (which you also need). In addition, you need a Microsoft account. Finally, you need a Wi-Fi connection.

What became immediately obvious is that playing on a tablet is much bulkier than playing on a smartphone. We recommend that if you opt for this route that you have a case with a kickstand to keep the device up, because laying it flat on a desk and leering over it isn’t ideal for your neck.

However, the tablet feels a better fit for Project xCloud: the screen is bigger, you squint at text less and generally the controller feels more proportional. It’s almost like a Nintendo Switch set-up. But a bigger screen also means you may notice more issues – but we’ll come back to that.

When we tried out Project xCloud at E3 2019, we found both games we tried ran surprisingly smoothly, considering we were playing in the packed Microsoft Theatre.

We experienced no latency issues or delays with controller input, the image was crisp and essentially the same as on any console. We were told the service was currently running on 10bm/s, while optimal performance recommended to be between 7-10mb/s. Not only that, but apparently the service has been known to work on as low as 4mb/s – though the quality isn’t ideal.

According to Microsoft there is definitely a threshold for latency, but what exactly that is wasn’t disclosed. We were simply told that “smoothness matters most” and that’s what the company is focusing on right now.

Performance was in no way an issue. Whether that’s due to the service only running on a few phones at that particular time is questionable and we are speculative on whether 10mb/s is actually the optimal setting. Perhaps for certain games, but each developer has its own experience expectations – so while 10mb/s may work great for one game, it could be a car crash for another.

In addition if, like me, you haven’t got the best eyesight then you may struggle seeing the phone screen menus and smaller text aspects – particular as the resolution typically sits at 720p.

Some cracks began to show when we tried out the Project xCloud preview, with our own hardware and internet connection.

We tried out the service at TechRadar HQ, where the internet download speed is 20mb/s (well above what Microsoft has claimed the xCloud will run at), ping is 6 and latency is 40ms. We also tried it at home, where the download speed is 25 mb/s and ping is 25 – with the connection being shared between five people in a London flat.

It was a pleasant surprise to find Project xCloud ran quite smoothly in both instances – with a crisp, smooth image. Sea of Thieves simply looks as stunning as ever, although there were some cases when the connection dropped momentarily. When it came to Killer Instinct, we had little to no issues with control input. The cherry on the cake was Halo 5: Guardians, which ran as smooth as it does on console, with little lost in terms of imagery and experience.

However, while some games look and perform amazingly on the service, others don’t. We noticed that the game we had the most trouble with was Gears 5. We jumped into Gears 5’s online quickplay arcade, with a ping registering at 15 in our HQ, and found some big issues.

When Gears is running well, it’s a marvel. It’s peculiar to be able to play a AAA Xbox game with a tablet in the office. However, we often had issues with dropped frame rates, lag and screen tearing. In some cases, the screen was covered in pixelated clusters. While it’s understandable that Gears transmits a higher amount of data than the likes of Killer Instinct, it’s something which is key when it comes to an online shooter, as every lag probably means a death.

We continue to be impressed by Microsoft Project xCloud, however there are some issues that definitely need to be ironed out before full release such as Gears’ performance issues, occasional connection drops and the introduction of iOS support. That being said, these are all things we expect will come up during public beta feedback and will probably be addressed before full launch.

In terms of actual streaming quality and experience, xCloud seems to be living up to its promise, offering Xbox players the chance to play their games seamlessly on-the-go without any progress loss – and on fairly average internet speeds.

Whether xCloud will hold up when servers are under more stress is another aspect to take into consideration, but so far xCloud seems to have the edge of its competitors (namely Google Stadia) when it comes to latency and performance. We can’t wait to see more of what it has to offer.