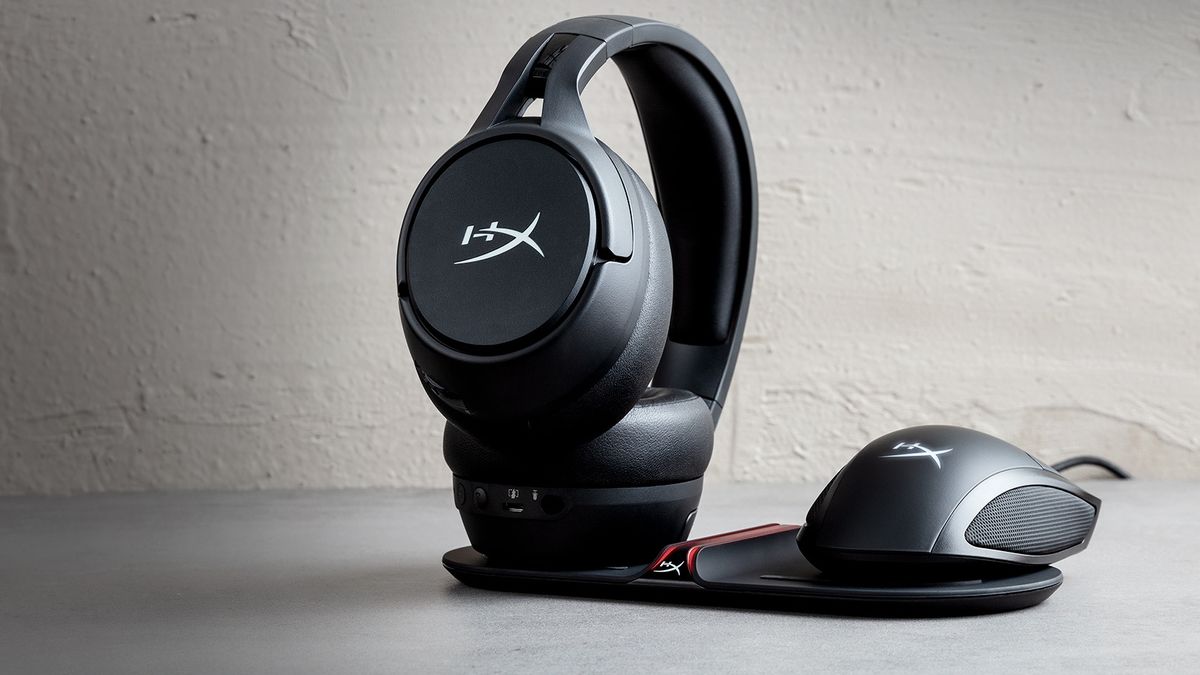 It’s not exactly clear who was clamouring for a gaming headset that uses wireless Qi charging, but HyperX has released one anyway: the HyperX Cloud Flight S. It bears only superficial similarity to the original Cloud Flight, doing away with the red accents and exposed cables for a more professional, reserved look.

The style is effortless, not as in-your-face as much modern gaming hardware, with RGB lighting reserved exclusively for the mic indicator. It might not be for everyone, but we like this new Cloud Flight S. It sits snugly on the head thanks to an adjustable headband and plush earcups.

The HyperX Cloud Flight S is available for $160 (£160, around AU$250), a fairly high asking price even for a high-quality gaming headset. However, we’re pleased to report – after a weekend spent playing games with this headset – that the robust construction and excellent performance make it well worth the price.

This physical buttons on the headset feel great, all flush with the black plastic casing. The volume dial is a particular joy, giving a real feeling of solidity when you turn it. A standout here, though, is the four programmable buttons on the left earcup, which appear simply as small indents on the exterior face.

These aren’t touch buttons; they do move ever so slightly when clicked, but they only require a small amount of pressure. They can be adjusted using HyperX’s simple NGenuity software to perform anything from chat/game balance tweaks to lobby muting, which proved very helpful in competitive matches.

The most hotly touted feature here, of course, is the wireless charging aspect. The Cloud Flight S doesn’t come with a Qi charging pad, but it was compatible with a variety that we tested. The problem is that the headset has to be balanced on its left earcup to charge, making it easy to knock over or disrupt unless you have a dedicated charging space. HyperX does sell its own solution separately, the wide ChargePlay Base, which can charge two items at once.

Considering that the largest thing most people want to put on a wireless charging pad is a phone or mouse, it’s an odd choice of gimmick, and one that doesn’t really pay off. Charging the headset via the included USB cable is faster and frankly easier, as the Qi charging would sometimes demand that the Cloud Flight S be shifted around a bit before charging began.

Fortunately, the Cloud Flight S makes up for it with a 30-hour battery life and excellent audio performance, bringing the punchy bass of gunfire and explosions to the fore in games while ensuring dialogue is crisp and clear.

Music (and general use outside of gaming) is good too, although the Cloud Flight S suffers due to NGenuity’s tragic lack of equalization options. The soundscape produced by this headset is rich and defined, we just wish we could customize it a little more. 7.1 surround sound is also a pleasant addition, although many games can’t properly take advantage of it.

If we can squeeze in one last criticism, it’s that the detachable mic isn’t too impressive. It works fine, blocking out background noise like a champ, but we did find that it gave speech a somewhat tinny quality. It’s by no means disastrous, but we expected more from a $160 headset.

On the whole, though, the HyperX Cloud Flight S is an extremely solid choice for anyone looking to buy a new gaming headset. It’s a good upgrade from any headset south of a hundred bucks, and a worthy replacement should your old $150 cans kick the bucket.

You’ll pay to be pampered
We know the Cloud Flight S isn’t cheap, but it sure as hell is comfortable. The headband is nicely padded and the earcups themselves are super-soft, never producing too much pressure on the head.

You want more control
Between additions like Qi charging and 7.1 surround sound, the Cloud Flight S is anything but feature-light. The four programmable buttons allow for a greater degree of control over your gaming experience, too.

You play on PC and PS4
Bit of a specific one, this, but if you have both a PC and PS4 for gaming, the Cloud Flight S works great with both. It’s okay to admit that you still play on console sometimes, even if you do have a $2,000 gaming PC.

You want the best value
The Cloud Flight S is a high-end gaming headset, and unfortunately it has a high-end price tag to match. It’s not poor value by any means, but if you’re trying to be frugal, there are certainly options that give you more bang for your buck.

You need a good mic
There’s nothing significant wrong with the plug-in mic that comes with the Cloud Flight S, and we do like the soft LED ring that indicates the mic status, but it doesn’t pick up vocals as clearly as many other headset mics in the same price range.

You want the ‘gamer aesthetic’
This headset doesn’t look like most gaming headsets. It’s understated, formed almost entirely from hard black plastic. We love that, but if you’re looking for RGB lighting to sync up your setup, this ain’t the headset for you.