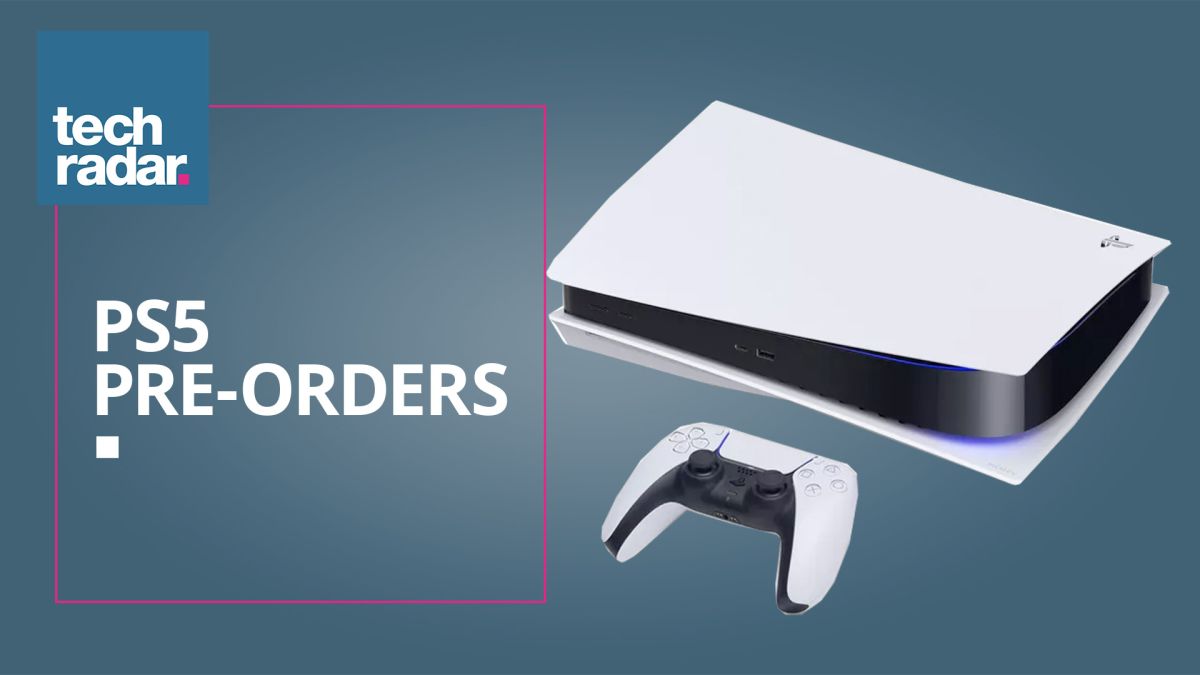 PS5 pre-orders sold out in hours in their first run, and following waves of stock have been equally difficult to get your hands on. These days it’s all but impossible to pre-order PS5 with retailers in the US, UK, and Australia all offering up empty shelves as we head towards launch. If you’re going to have a shot at buying a PS5 before launch day, then, you’ll want to keep an eye on your favorite retailers in the lead up to the big release.

The week before release may offer up a last ditch attempt. It’s the most likely time to offer up new waves of stock before the PS5 hits the shelves for the first time, though we’re not too confident this inventory will appear. The $499 (£449 / AU$749.95) console has proven itself to be incredibly popular this year, and it looks like Sony wasn’t ready for it.

Even launch stock is looking shaky at the moment, with Sony’s own Jim Ryan admitting that there won’t be enough to go round on the big day itself. Check out our guide on where to buy PS5 deals at launch for more information on this first release, but our advice is to be ready at midnight leading into November 12 (November 19 in the UK).

We don’t know whether the PS5 will be featured in this year’s Black Friday deals, but stay tuned after launch for all the early discounts if they do arrive.

PS5 pre-orders in the US

PS5 HD camera: $59.99 at Amazon
If you’re looking to use your PlayStation VR headset with your brand new PS5 you’ll want to pick up the HD camera accessory straight away. Thankfully, Amazon is one of the few retailers with this particular peripheral still in stock as part of its PS5 pre-orders.
View Deal

PS5 game pre-orders: in stock at Best Buy
Not only can you grab pre-orders of DualSense controllers and other accessories at Best Buy, but there’s a massive range of games available for pre-order here as well. Grab Demon’s Souls, Assassin’s Creed: Valhalla, Spider-Man Miles Morales, and Sackboy: A Big Adventure among many others.
View Deal

PS5 pre-orders in the UK

PS5 games for pre-order at Game
You’ll need something to play once you get your hands on the next-gen console, and while PS5 pre-order bundles may be a pipe dream you can still order your launch titles ready for the big day as well. Game has the biggest repertoire of UK retailers right now, with everything from Demon’s Souls to Sackboy: A Big Adventure available.
View Deal

Will my PS5 pre-order arrive on time?

So far, the only retailers to suggest that their PS5 pre-orders may not ship in time are Amazon, ShopTo in the UK and GameStop Ireland. It doesn’t bode well for twitchy fingers on launch day, but so far it looks like other customers aren’t affected by the delays. Stay tuned, though, because we’ll be bringing you all the latest updates right here.

Is a PS5 pre-order deal worth it?

With the size of Sony’s supply being the centre of many online rumors, it’s difficult to know whether a PS5 pre-order is necessary to securing your console for November 12. Certainly so far, we’ve seen PS5 pre-orders selling out blindingly fast, so if early indication is anything to go by this is a particularly popular console.

Previous reports that Sony is stockpiling ahead of a busy PS5 launch suggested parting with your cash before release might not be as crucial to netting yourself a console this year, however that came before Sony’s own PlayStation-first pre-ordering system. Such a selective approach does seem to indicate that the PS5 will be limited at launch, but Sony has also previously announced an increase in manufacturing to meet expected demand.

While that may alleviate some of the pressure from those early PS5 pre-orders, however, there’s no telling what availability will be like on launch day for those who don’t get their early order in. The numbers look set to satisfy even pandemic-level demand, however, so if you’re struggling to find the deposit for a new console right now, all might not be lost.

If you’re concerned about being late to the party and you’ve already saved the cash in preparation, however, a PS5 pre-order is definitely worth it if you can get your hands on one.