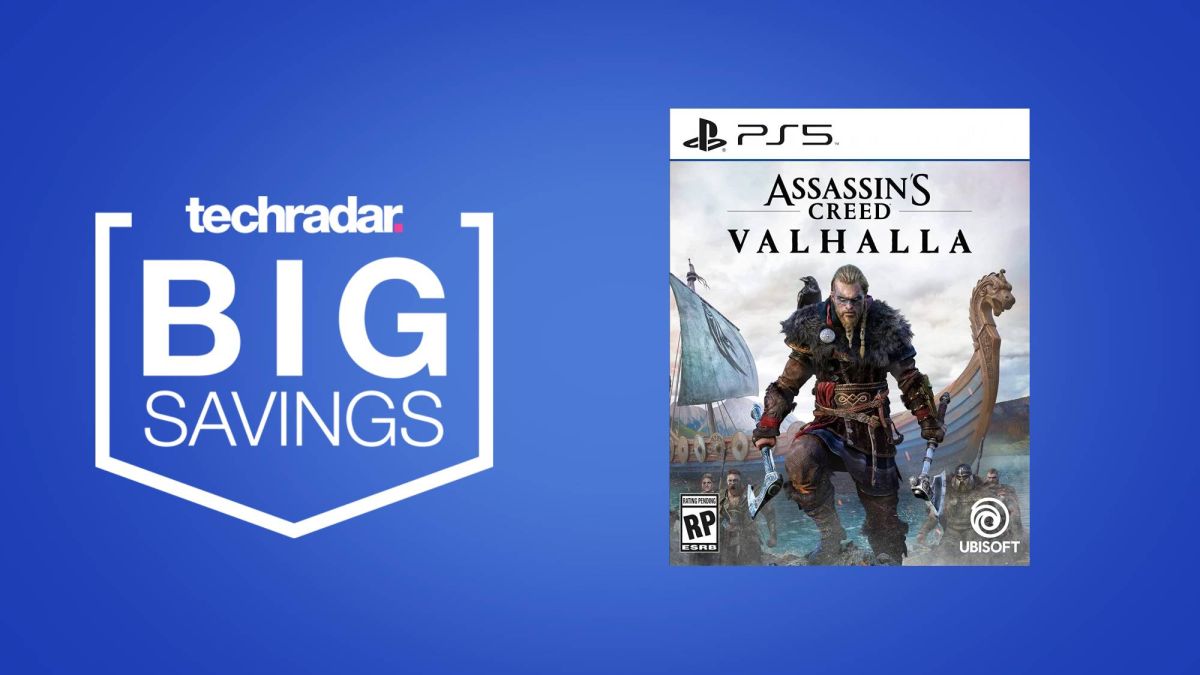 Walmart has slashed the price of a number of popular PlayStation games as part of its Black Friday deals, many of which come with free upgrades to the PS5 version.

The popular retailer has Assassin’s Creed Valhalla on PS5 for $49.94 (you’ll need to add it to your basket to reveal the deal), and Watch Dogs: Legion for just $33.82, though you’ll have to wait until December 31st before it ships.

The real value, however, lies in PS4 games that have PS5 upgrades, as they can often be bought for considerably cheaper than PS5-specific versions.

We’ve mainly seen a number of backwards compatible PS4 games receive discounts in the run up for Black Friday, so it’s a boon to also see some retailers such as Walmart offering some big savings on the PS5 versions of certain titles.

Not in the US? Scroll down for the best PS5 deals in your region.

Watch Dogs: Legion: $33.82 at Walmart
Considering Watch Dogs: Legion only came out in October, this sizable discount on the PS5 version of the game is a rare treat. The PlayStation 5 version includes ray tracing for realistic reflections that help make the game’s representation of London even more convincing. View Deal

FIFA 21: $28 at Walmart
FIFA 21 for PlayStation 4 is just $28 at Walmart, but the PS5 version is also included for free. The game will receive a next-gen upgrade on December 4, so this is a great chance to get FIFA 21 for cheap. View Deal

Madden NFL 21: $28 at Walmart
Madden NFL 21 brings the hard-hitting action of the gridiron into your living room, and there’s never been a better chance to snag the latest entry in the series for less. While this is a PS4 copy of the game, you’re also getting the PS5 version for free when the game gets a free upgrade on December 4. View Deal

The Last of Us 2: $29.99 at Walmart
Sony may not have announced any PS5-specific upgrades for The Last of Us 2, but this is still one of the best PS4 games of all time, and thanks to backwards compatibility, you can play it on your brand-new PS5. View Deal

Borderlands 3: $9.99 at Walmart
With a generous discount during Black Friday, Borderlands 3 is yet another PS4 game that benefits from a free next-gen upgrade when played on PS5. You can enjoy 4K resolution at 60fps, and transfer over your existing save data.
View Deal

Marvel Avengers: $30 at Walmart
Even though its PS5 upgrade won’t arrive until 2021, this is a great chance to pick up Marvel Avengers for just $30. The superhero brawler lets you play as all your favorite Marvel characters, and Spider-Man is a PlayStation exclusive.
View Deal

Tom Clancy’s Rainbow Six: Siege: $15 at Walmart
Another PS4 game set to receive a shiny new upgrade for PS5 owners, you’ll be able to play the popular 5v5 PVP shooter at 120fps to give you that extra competitive edge. View Deal

Mortal Kombat 11: $15 at Best Buy
The standard edition of Mortal Kombat 11 has been discounted by at Walmart, meaning you can pick it up for less than $15. Considering it’ll work on your PS5 as well as your PS4, and is getting a next-gen upgrade, that’s great news.View Deal

Even though PS5 stock is proving difficult to find, this is a great chance to expand your PS5 games library for less. If you’re still searching where to buy a PS5, we’re carrying out regular stock checks to help you secure one.

We’re rounding up the best PS5 Black Friday deals so you don’t miss out on any discounts on Sony’s next-gen console. We’ll also be keeping an eye on any offers that spring up on Cyber Monday.

Looking for more PS5 deals? You’ll find all the lowest prices from around the web right here, with offers available in your region.