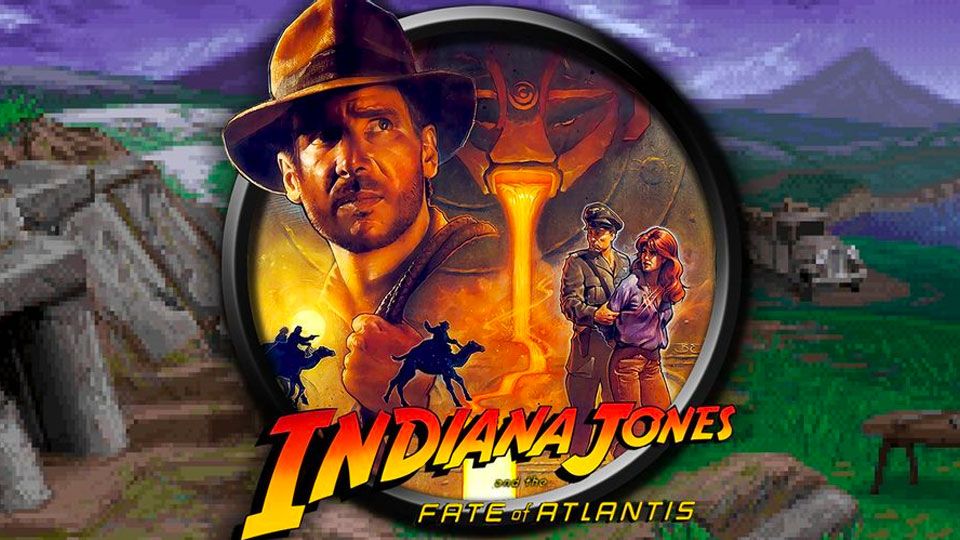 Grab that bullwhip, dust off your fedora: there’s a new Indiana Jones game in development over at Bethesda.

Being headed up by Wolfenstein developer MachineGames, with Bethesda Game Studios head Todd Howard set to be executive producer of the project, little is known about Indy’s next gaming adventure – though it’s not expected to be related to the upcoming Indiana Jones 5 movie, currently in development.

With that game expected to be several years away from hitting our consoles, we thought we’d do some gaming archeology of our own, and cast an eye over the history of Indiana Jones games. Like the loveable treasure hunter himself, it’s a catalogue that’s far from perfect, giving Bethesda and MachineGames a great opportunity to really impress fans of the Steven Spielberg movies.

But like a golden idol in a decrepit ruin, there are some gems to be found in Indy’s gaming back catalogue – not to mention a whole host of excellent games his silver screen adventures have clearly inspired.

Indiana Jones and The Temple of Doom (Arcade)

Notable for being the first interactive take on the whip-cracker, the Temple of Doom game was developed by Atari and, as its arcade home would suggest, it’s a quick-fire action-orientated take on the franchise. You’ll have to rescue the mine-working children from Thugee guards, escape on a mine cart and even take part in the bridge escape scene. It’s basic by today’s standards, but was a bit of a technical showcase in the audio department at the time at least – it’s one of the earliest games to make use of digitised speech clips for its Atari console port.

Ready for a challenge? You’ll want a sip from the Holy Grail before taking on Indiana Jones’ Greatest Adventures for the SNES – it’s a brutally hard platformer from the team behind the equally-difficult Super Star Wars trilogy. Still, it’s not to be missed – it faithfully takes the player through all three original Indiana Jones films, from the Chachapoyan Temple and its boulder chase, right up to Canyon of the Crescent Moon and the grail encounter itself. There are some excellent 16-bit recreations of iconic scenes from the film, as well as lovely music inspired by the films’ themes, but this side-scroller is not for the faint of heart.

Indiana Jones and the Infernal Machine

The first of what we’ll call the modern era of Indy games, this one’s very much inspired by the Tomb Raider games. It’s a pretty straightforward 3D platformer, and the logical answer to the rise in popularity of Lara Croft, putting Indy in the driving seat. It’s got a great easter egg in the shape of a return to the Chachapoyan Temple, and a fun macguffin in the Tower of Babel. It suffers though from that punishing platforming acrobatics of the time, requiring you to perfectly line up a leap before committing to it, with Indy controlling a bit like a tank. There was also a well-intentioned, if not entirely fun, Game Boy Color version, too.

Indiana Jones and the Emperor’s Tomb

A personal favorite, this one, and the last attempt at a ‘realistic’ Indiana Jones game. Released in 2003 for Windows, PS2 and Xbox, it sees Jones travel from Ceylon to Prague and some more… supernatural location, in the hunt for a Black Pearl, ‘The Heart of the Dragon’ buried with the First Emperor of China. As you’d expect, some right naughty folk are after it too, for nefarious purposes.

While telling an original story, it cleverly apes some of the best scenes from the films, and was, for the time, an ambitious-looking 3D game. Its best moments come during its scrappy brawls – not bettered until Uncharted 3’s cinematic fisticuffs. Indy can grab, and wallop enemies with melee attacks, but it’s all intentionally a bit rough-and-ready, like a barfight rather than a superhero smackdown. As such, Indy would send enemies flying across tables, smashing up the scenery, and sucker-punching them into unconsciousness, all while they flailed realistically around destructible objects. The rest of the game is solid, is predictable, Tomb Raider-like fare, but those punch-ups are still impressively good fun. It’s now backwards compatible on Xbox One and Xbox Series X, if you want to revisit it.

If you’ve played any other Lego movie adaptation, you’ll know what to expect here – a humorous run through the best bits of the Indiana’s adventures, all built out of Lego. As a family friendly take on the films, it takes some funny liberties with the source material – there are no melting heads here! But there’s lots of fun to be had – it’s the only co-op Indy game on this list, you get to explore Indy’s university office, take part in scenes across all three films, and even take control of everyone’s favourite underage card cheat, Short Round, one of 80 playable characters in the game. A sequel followed, based on the disappointing fourth Indiana Jones film, and as such didn’t really land like this first one did.

Indiana Jones and The Fate of Atlantis

If one Indiana Jones game can comfortably be called a classic on this list, its 1992’s Indiana Jones and The Fate of Atlantis. With a Nazi-battling story good enough to be worthy of the films (indeed, a comic book spin-off followed), it’s the Lucasarts point-and-click team at the height of its powers.

Here Indy is on the hunt for the titular lost city of Atlantis, via New York, Monte Carlo, Algiers and a Nazi submarine. As well as the usual item-finding and dialogue trees that had come to characterise Lucasfilm’s SCUMM games, Fate of Atlantis introduced a three-path system to play: one that focussed on Indy’s wits, one that focused on his teamwork with partner Sophia Hapgood, and another that focussed on Jones’s brawling skills, adding some light combat to the point-and-click mix.

For a while, Fate of Atlantis was tough to track down (existing on newer machines only as an extra in the Wii’s Indiana Jones and the Staff of Kings), but can now be readily picked up from the likes of GOG and Steam. Its predecessor, Indiana Jones and The Last Crusade: The Graphic Adventure, is similar in format (if less polished) and also available on modern digital stores. Here’s hoping the new Indy game captures their globe-trotting, mystery solving charm.

Indy may have kickstarted pop-culture’s obsession with hunting down long-lost antiquities, but to be honest, it hasn’t always translated so well to computer games. Tomb Raider 2 is probably the best early example of a 3D Jones-alike (Lara Croft is basically a lady Jones, anyway), capturing the map-hopping journeys, creepy ancient sites and romanticism of archeology that Jones offers. The Uncharted series takes that idea and steps it up a notch – Nathan Drake is an equally loveable rogue with a penchant for hunting the old and valuable – though his kill count runs just a little higher than Indy’s.

There are some less-obvious, but equally Jones-esque adventures to be enjoyed elsewhere, too. The Witness has some great brain teasers and mysteries to solve worthy of Indy’s gray matter. Or take The Elder Scrolls series, and Skyrim in particular – that’s all about ransacking long-lost tombs, and retrieving the booby-trapped goodies hidden within.

And then there’s the endless-runner mobile games, Temple Run. If that boulder hadn’t snowballed towards Indy in Raiders of the Lost Ark, there’d be a whole sub genre of mobile games that wouldn’t exist. Finally, don’t forget the “indie-ana” classic, Spelunky, the cave-diving, treasure hunting 2D classic, complete with whips, snakes and ancient traps galore. There are plenty of ways to get your fix, then, while waiting for that Bethesda Indiana Jones game.