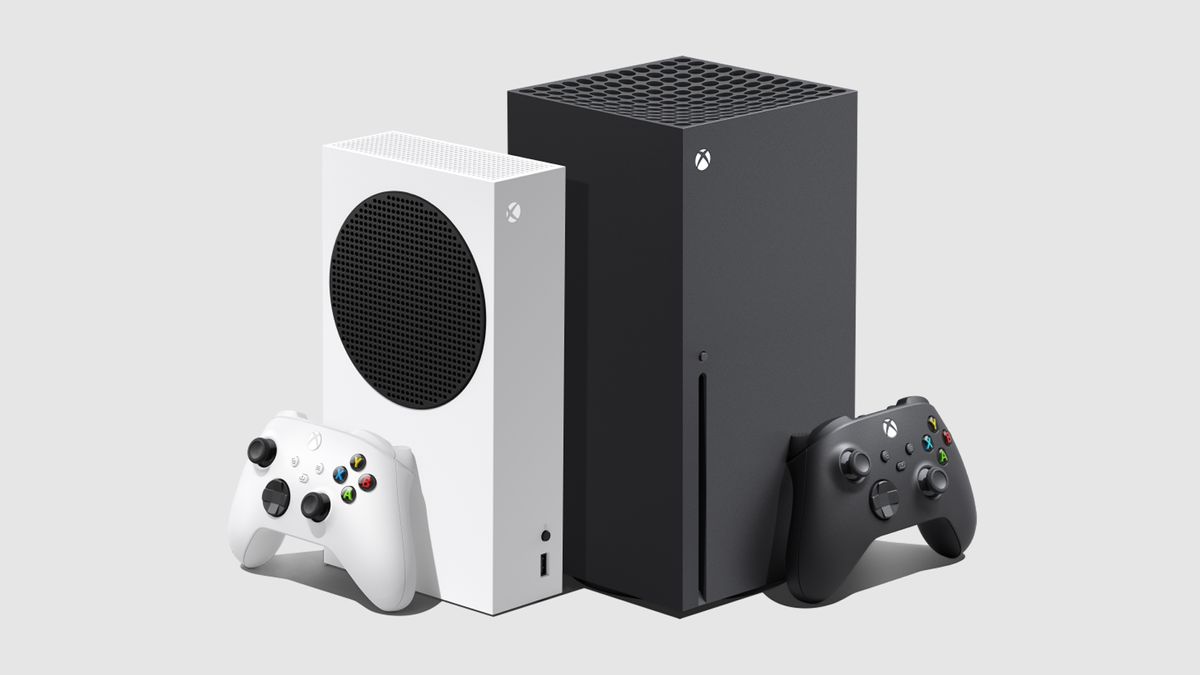 Click here to refresh the page and get the very latest updates on where to buy Xbox Series X as soon as stock information comes in.

If you’re wondering where to buy Xbox Series X this week, Best Buy might just have the answer. The retailer announced this morning that more Xbox Series X stock will be available after 8am CT today, December 15, and we can confirm they’ve been buyable on and off throughout the day. It seems like Best Buy is parsing out a little bit of stock at a time, so keep checking the link below – when it does come back in stock, you’ll have to move fast, as there’s going to be a race to grab these consoles as they’ve flown off the shelves.

Last week, Amazon and Microsoft were leading Xbox Series X restocks in the US, with the UK seeing very little movement. However, with more PS5 consoles rumored to be hitting the shelves in the UK this week, there may be more information to come shortly.

We’re keeping this page stocked with new information from retailers and Microsoft itself. Between those flashes of stock, we’d recommend you keep checking the retailer links in your region below. More chances to buy Xbox Series X will appear and you might get lucky with a well timed refresh.

Over in the UK we’ve seen more chances to buy Xbox Series X from Amazon, Very and AO in the last few weeks, with the latter two retailers offering extra Game Pass memberships or accessories (for full price) to keep slightly more expensive stock on the shelves.

Where to buy Xbox Series X in the US

Where to buy Xbox Series X in the US

Xbox Series X: check for latest stock updates at Amazon
Amazon had Xbox Series X stock available earlier today, but it sold out within about 15 minutes. That means you’ll want to keep the hunt going, but check back here regularly as things are going to move quickly when those consoles return.
View Deal

Xbox Wireless Controller Carbon Black: $39.99 at Microsoft
Save $20 in this brilliant Black Friday deal at the Microsoft Store. The new Xbox controller works on the Xbox Series X and Series S (as well as old Xbox One consoles and PC) with all-round improved ergonomics and impulse trigger.
View Deal

Where to buy Xbox Series S in the US

Where to buy Xbox Series X: where should you check first?

Amazon
Amazon hasn’t had many Xbox Series X restocks over the last few weeks, but we’d keep checking for stock because word is likely to travel fast once more units do hit these lofty shelves and you’ll have to be at the front of the line to grab one.
View Deal

Microsoft
Microsoft held on pretty well in the first wave of stock, lasting longer than other retailers with quick refreshes. We saw more stock landing at the start of the Black Friday week here, but since then there hasn’t been much movement. Keep checking in though, because you can also grab discounted controllers here as well.
View Deal

Best Buy
Best Buy offered the chance to buy Xbox Series X on November 22, and again on November 28, but stock is still pretty hard to come by. We may well see more units hitting the shelves soon, however, so keep your eyes peeled as Best Buy is throwing in a discounted controller with these orders as well.
View Deal

B&H Photo
B&H Photo won’t be the first place many look when trying to buy Xbox Series X. While that does mean you’ve got a better chance at beating the crowds here, B&H Photo is likely to have less stock on the shelves compared to some of the bigger tech giants.
View Deal

Newegg
Newegg’s initial Xbox Series X pre-orders were limited, but we’re holding out hope that we’ll see more stock when other retailers open their doors. There has been previous stock here before, so it’s worth casting your eye over.
View Deal

Walmart
Walmart has been restocking Xbox Series X far more frequently than other retailers – but that stock is being snapped up incredibly quickly. The next restock is scheduled for ‘Black Friday’, so it’s anyone’s guess when you’ll be able to buy Xbox Series X and we’d keep that refresh button hot.
View Deal

StockX
If you’re really struggling to buy Xbox Series X, there is another option. StockX is a marketplace retailer that allows sellers to post an asking price, buyers to post a buying price and an immediate transaction when both requests match. Prices are, obviously, a little higher here, but unlike eBay StockX ships all products to its warehouse for inspection before sending them on to you. We’d recommend waiting this first wave of stock out a little longer, but if you’re desperate there’s plenty of stock making it a reliable option today.
View Deal

Where to buy Xbox Series X in the UK

Where to buy Xbox Series X in the UK

Xbox Series X: Check for latest stock updates at Amazon
Amazon had more Xbox Series X stock in the UK, which then ran out in five minutes. You’ll need to move quickly if more becomes available then, so keep checking that link for the latest updates.
View Deal

Xbox Series X: Check for latest stock updates at Very
Very had another quick flash of stock, with the chance to buy Xbox Series X and Xbox Series S briefly glimpsing into view. That’s now all gone, however, but keep an eye here as things are obviously moving in the right direction.
View Deal

Xbox Wireless Controller Carbon Black: £44.99 at Microsoft
Save £10 in this brilliant Black Friday deal at the Microsoft Store. The new Xbox controller works on the Xbox Series X and Series S (as well as old Xbox One consoles and PC) with all-round improved ergonomics and impulse trigger.
View Deal

Where to buy Xbox Series S in the UK

Where to buy Xbox Series X: which UK retailers should you check first?

Amazon
Amazon hasn’t seen too many Xbox Series X restocks over the last few weeks, but we’d still keep a close eye over the next few days. Any stock that does appear here is going to move quickly, so you’ll need to be fast to catch it.
View Deal

Microsoft
Microsoft was offering the chance to buy Xbox Series X at the start of the Black Friday week, but we haven’t seen much of a return since then. It’s worth noting, however, that the Xbox Series S managed to stay in stock a lot longer here so it’s worth keeping an eye on if you’re after the cheaper console.
View Deal

Very
Very has offered another chance to buy Xbox Series X in the last few weeks, with higher value bundles also available. That means stock of the individual console tends to sell out here as fast as you would expect, but if you’re happy to pay for extra controllers or Game Pass subscriptions you might have an easier time picking up the console here.
View Deal

Currys
Currys was one of the most recent retailers offering the chance to buy Xbox Series X, with a quick flash of stock earlier in the week. Site issues meant that many missed out here, however, though early birds were able to snag a console from the front of the queue.

Where to buy Xbox Series X in Canada

Where to buy Xbox Series S in Canada

When will you be able to buy Xbox Series X?

Of course, these stock issues can only last so long – you’ll be able to buy Xbox Series X for a non-inflated scalper price relatively easily at some point in the future.

Just when that is, however, is a little tricky to plan. We’re likely to see more Xbox Series X stock hitting around Black Friday as retailers use the console launches to bring more shoppers to their sites over the biggest shopping weekend of the year.

If you’re still looking for where to buy Xbox Series X in a couple of weeks, then, we’d recommend circling November 27 on the calendar. After that, things might still be rough until the holidays are through and we expect things will settle down towards the beginning of 2021.

How to buy Xbox Series X: our top tips

1. Find your retailers
The lists above offer up all the latest updates on which retailers are likely to bring more chances to buy Xbox Series X over the next few days. Prioritise larger retailers as they’re the most likely to offer up more Xbox Series X stock and are also already set up for fast shipping as well.

2. Prepare your wallet
We’re sure you’ve already prepared to spend some cash, but having your details at the ready will save you valuable time when that first wave of stock hits. Better yet, if you’re comfortable saving your payment details or using PayPal you’re in for a much less stressful experience.

3. Sign in
Many retailers will need an email address alongside your shipping information to allow you to checkout, and this is causing many shoppers looking to buy Xbox Series X to lose valuable seconds. Be sure to sign into these retailers if you already have an account or create one if not. Of course, if you’re not comfortable signing in or creating an account, keep your email address and shipping information handy for a quick copy and paste when you’re against the clock.

4. Find the product page
We’ll be linking you straight to the product page of either the Xbox Series X or the Xbox Series S when stock does arrive. However, if you’re going it alone you’ll want to make sure you’re on the correct product page ahead of time to avoid spending those crucial seconds searching for the console itself on a retailer website. Plus, if demand skyrockets, sites run the risk of crashing which can be particularly frustrating if you’re still trying to navigate the virtual aisles.

5. Don’t give up
If all is going to plan but stock runs out at the final hurdle don’t give up. We’ve seen retailers like Best Buy replenishing their stock every few minutes when they go live with a new batch, which means quick refreshes can get you back in the game in seconds.

Can you buy Xbox Series X in store?

In the US, in-store stock varies by region, but we are seeing some success with Target. Be sure to check in-store stock levels early in the morning and head down straight away if you spot consoles available. Stores are allocating what little stock they have on a first come first served basis, but it is possible to buy Xbox Series X in person.

If you’re in the UK, things are a little different. Obviously the current lockdown has scuppered many plans to buy Xbox Series X in store, however Game is honouring pre-order collection.

Get the best Microsoft Xbox Series X deals before anyone else!

Is going cheaper worth it? Check out the full Xbox Series S review