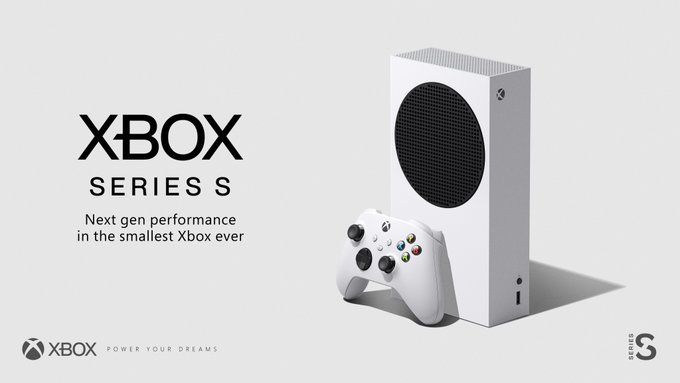 Xbox Series S pre-orders are still unavailable in both the US and the UK ahead of the console’s upcoming launch on November 10, 2020. We briefly saw Best Buy list a few more units for pre-order in the US, but stock has seemingly dried up for now. That won’t stop us from checking online retailers on a regular basis, however. We’ll update this page with any new stock information as soon as we get it, so you don’t miss out on the Xbox Series S.

If you’re in the US and missed out on that initial wave of pre-order activity, we’re making sure you’re prepared for the next round of stock. Keep checking the retailers below for more information from your favorite stores, and stay tuned to their Twitter accounts as well – it’s the first place you’ll hear news of a stock refresh. We’re keeping all this information right here, so bookmark this page to stay up to date on the latest retailers offering Xbox Series S pre-orders.

Microsoft revealed on Twitter that there was “record-breaking demand” for both the Xbox Series S and Xbox Series X. The company has advised those who didn’t get their hands on pre-orders to sign up for notifications with retailers, but that more units with be available at launch (November 10) for those who are unsuccessful in the pre-order department.

Luckily for you, you can sign up for notifications from us where we’ll bring you all the retailers offering Xbox Series S pre-orders as new information becomes available.

There’s plenty of reasons why the cheaper Xbox is set to be so popular. Xbox Series X pre-orders cost an extra $200 / £200, so the super affordable Series S is uniquely positioned to appeal to a wide range of shoppers.

We’re rounding up everything you need to know about Xbox Series S pre-orders right here, as well as going into more detail on exactly what you get for your cash in terms of Xbox One S specs, features, and the release date. You’ll find quick links to retailers offering early orders just below, with more information on previous stock levels further down the page.

It’s easy to see why there’s such demand for the Xbox Series X in the US – a $299 price tag is going to be a massive draw for Microsoft’s budget bid in the console wars. In fact, the cheaper console has already sold out across most retailers.

Over in the UK, Xbox Series S pre-order stock is managing to hold on at a few stores. It’s out there for the taking, but we wouldn’t hold off much longer, as other retailers have already run out.

It’s worth noting, however, that certain features like 4K gameplay aren’t available from cheaper Xbox Series S pre-orders, as that lower price tag makes way for less powerful specs in the budget model.

This disc-less, next-gen Xbox Series S specs are, however, substantially more powerful than the (now discontinued) Xbox One S All-Digital console, and the CPU, GPU and solid state disc drive storage only trail what you’ll get from the Series X.

Xbox Series S pre-orders are live now, so the race is on to pick up the super cheap next-gen console. US shoppers can get their hands on the $299 console at the following retailers and pre-orders have been live in the UK for some time, but so far stock still seems to be holding on.

Check out the retailers below to head straight to the store offering the best chance of picking up an Xbox Series S pre-order today.

You’ll find all these US and UK retailers offering Xbox Series S pre-orders just below, with all the latest and past stock levels and information. That means you have all the information you need to strike right when you need to.

Xbox Series S pre-orders in the US

Best Buy
Best Buy’s Xbox Series S pre-orders are live, which means you’ll be able to put your name down for the $299 console. If you see stock you’ll want to move fast, though as the console has been unavailable for a couple of days now.
View Deal

Microsoft
Xbox Series S pre-orders are live at Microsoft, which means you can pick up the console direct. Stock is currently unavailable but with Microsoft advising customers to stay tuned we expect more to be on the way.
View Deal

Amazon
Amazon has listed its Xbox Series S stock on its site, but there’s currently none available for purchase. Keep checking here, because we don’t know when this stock will hit.
View Deal

Newegg
Newegg has also offered Xbox Series S pre-orders but they sold out immediately. They might be letting bigger retailers run out of stock first, however, so check back here if you come up unlucky.
View Deal

GameStop
Check for the latest information on GameStop’s Xbox Series S pre-orders here. The gaming focused retailer sold out of its allocation fast, but has offered higher priced bundles with more gear in the past. That means if you’re really committed to the next generation you might find stock available here.
View Deal

Walmart
Walmart is a massive retailer, but they’re not so gaming focused as to draw hordes of expectant gamers. When the PS5 pre-orders launched, we saw flickering stock showing up with frequent refreshes, so don’t be afraid to keep reloading this page if you don’t see any units available.
View Deal

Target
Target has Xbox Series S was previously in stock, but has no sold out until further notice.View Deal

GAME
Game was the last UK retailer to have the Xbox Series S in stock to pre-order, but they’ve now since sold out. View Deal

AO
AO’s Xbox Series S pre-orders are currently unavailable again. You could get an Xbox Series S with an extra controller, 3 months of Xbox Game Pass Ultimate or both, but stock has since sold out.
View Deal

Amazon
Xbox Series S pre-orders are also available at Amazon, and as one of the most popular retailers in the country there will not only be a good amount of units available. The Xbox Series S is no longer in stock at Amazon, though there’s a good chance more units will be shipped soon.View Deal

Currys
Xbox Series S pre-orders went live at Currys but quickly sold out. Keep checking here if you’re on the hunt, though, because more units might be available in the future.
View Deal

John Lewis
John Lewis has also been named by Microsoft as a retailer carrying Xbox Series S pre-orders. That means you might also be able to take advantage of the excellent electrical warranties this particular shop offers when stock eventually returns.
View Deal

Microsoft has confirmed that the Xbox Series S (previously known as Project Lockhart) is indeed real, and that its digital-only next-gen console will arrive on Tuesday, November 10, 2020.

That means the new Series X will launch right alongside the more expensive Xbox Series X – both coming right before Black Friday 2020 on November 27.

The Xbox Series S will also be available on Microsoft’s Xbox All Access subscription service in select regions, including the US, UK and Australia. Xbox All Access bundles together the console with Xbox Game Pass Ultimate on a 24-month plan (giving you access to the latter for the duration) at a price of $24.99 / £20.99 / AU$33 a month, with no upfront costs.

Microsoft has revealed exactly what its cheaper Xbox can do in the console’s official launch trailer, which you can watch below.

If you’re worried about running out of disk space, Microsoft is also releasing a 1TB expansion card. An external hard drive can also be used to store Xbox One games and backwards-compatible titles.

Project xCloud aims to leverage Microsoft’s existing data centers across the globe, literally loading up servers with the component parts of multiple Xbox One consoles, and using these to run the games streamed directly to your mobile device of choice.

This means that gamers will be able to play the likes of Halo Infinite, Forza and other classic console and PC big hitters on their phones, tablets or Windows 10 computers.

Meanwhile, Xbox Game Pass is essentially a Netflix for games, allowing subscribers to access lots of Xbox games digitally. The service has grown massively since its launch in 2017, boasting over 10 million subscribers.

Services such as Project xCloud and Xbox Game Pass prove that physical discs aren’t always necessary, with Microsoft offering plenty of content for those who choose to go digital-only. Xbox Series S will undoubtedly take this initiative into the next generation, proving that these services alone can support a next-gen console.