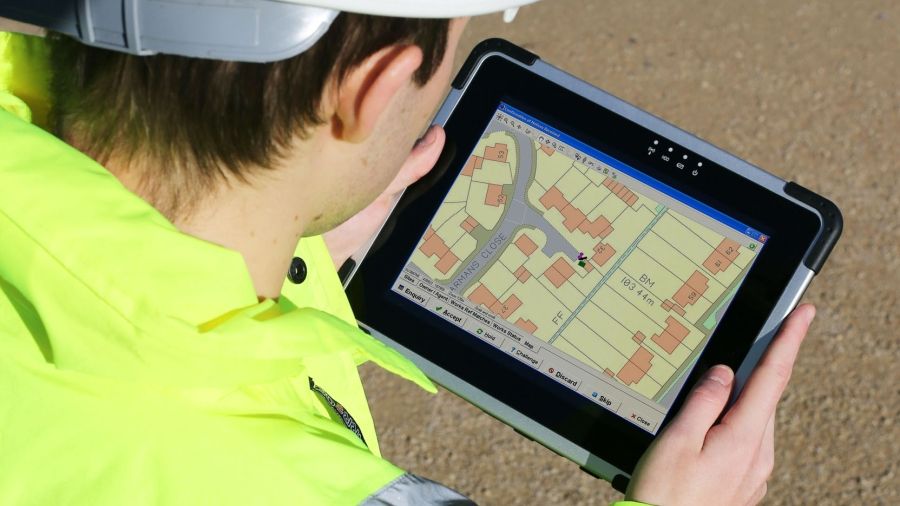 If you’re looking to buy the best rugged tablet it’s likely you’ve got a particular task you need it for – ruggedized tablets work in scenarios and for functions where normal tablets just won’t cut it.

Rugged tablets are designed to withstand hard knocks, long drops, high or low temperatures, moisture, dust and more, yet still provide a great user experience at the same time. They’ve been put through rigorous testing to make sure they can survive the extremes of what you can put them through.

That makes rugged tablets perfect for people working outside, in extreme locations or in busy environments, as the tech can be the ideal tool for a range of various functions that your standard smartphone, tablet or rugged phone can’t withstand.

This does mean that they come with a slightly higher initial outlay compared to standard tablets, but it’s worth remembering that they can save money in the long one, as you don’t need to repair or replace damaged rugged tablets as often – if at all.

While you won’t get a rugged tablet that’s as slim and light as the iPad Air 2, it doesn’t mean you should have to lug around a chunky and unwieldy tablet either. If you think a conventional tablet like that might be better for your work, check out our list of the best tablets instead.

So, to help you find the best rugged tablet, we’ve put together this list, which gather the top shock and drop-proof tablets on the market today.

The best rugged tablet you can buy right now is the Getac UX10, from Getac which is known for its well-protected and versatile devices.

The Getac UX10 is a fairly customizable rugged tablet, as you can pick from a variety of Intel Core CPU options and there are a variety of accessories you can pick up to tailor the UX10 to a variety of work situations. This makes it fairly versatile, and along with its decent screen specs, rugged protection and various high-storage options, the device is great for work out in the field.

Getac doesn’t publish a price for the UX10, but you can request a quote for the device at the Getac website, by clicking here.

TicWris Max 4G smartwatch – $143.99 at Gearbest
(£115/AU$208)
The TicWris Max is likely to divide opinion; its form factor is unwieldy, but it will certainly turn heads. It also boasts 4G connectivity, an 8-megapixel camera and 32GB storage. For the best price, use code TICWRISMAXS at checkout.
View Deal

The Panasonic Toughbook A3 is a great tablet for outdoor work with lots of protection, a screen that’s well suited to use in bright daylight, and lots of customization options for field workers.

The tablet works well in busy environments too, with loud speakers to be heard over din and there’s also enough tech inside for it to be a useful tablet for a range of functions.

You can buy the Panasonic Toughbook A3 at Panasonic’s website, or for more information, read our full review.

A great rugged tablet for working in the field

If you’re looking for a rugged Windows tablet that can withstand an impressive amount of punishment, then the Getac F110 is an excellent choice. Its durable body can withstand moisture, extreme temperatures and drops, without it being bulky or heavy. It is certified to MIL-STD 810G, 1P65 and MIL-STD-461F standards. The most recent version of this tablet comes with 6th generation Intel Core processors, so there’s plenty of power here, and a dual battery system means you can easily swap them out without having to pause.

There are a few other Getac devices out there, but this is one of the only that’s rugged enough to make our list of the top spots (the company makes rugged laptops too).

Dell is a respected brand that makes rugged tablets as well as other devices, and its Latitude Rugged Extreme tablets often appear on this list.

The 7220EX rugged tablet is one of its newest device, and the most deserving of a spot on this list, as it’s an upgrade on some of Dell’s previous similar devices with a more up-to-date processor, and more protection. This protection adds to the P65, MIL-STD-810G and IP-810G certifications previous models had, so it’s certainly a well-protected device, as it’ll withstand drops, harsh conditions and rain.

It’s quite a pricey tablet, and it won’t win any beauty pageants, but if you’re looking for a rugged slate that’ll easily do the job with modern compontents and all-around decent specs, it’s worth considering the Dell Latitude 7220EX Rugged Extreme.

Not all rugged tablets are designed to withstand temperatures, knocks, dust or water, some are meant to protect from the most destructive force of all: kids. The Lenovo 10e Chromebook is designed to be great as a learning tool for children.

The tablet is fairly big and well-protected, and its processor, memory and storage are all designed for the kinds of tools a child will be using, so there’s not plenty of storage space or processing power but it’s enough for schoolwork and learning. You can also buy an optional keyboard now to turn the device into a pseudo-laptop.

The Panasonic Toughbook CF-33 is a 2-in-1 rugged device, which means it has an attachable keyboard that allow it to work as either a laptop or as a tablet. When in tablet mode, the Toughbook CF-33 is an excellent durable machine , with MIL-STD-461F, MIL-STD-810G and IP65 certification, which means it can survive shocks, drops liquids and dust. The battery life is a bit on the short side compared to other rugged tablets on this list, but you can quickly swap out the battery when you need extra time. You can also buy extended batteries that double the run time from 10 hours to 20. This is an additional cost, however.

A rugged and portable tablet

Not the most robust rugged tablet

Unlike other rugged tablets on this list, the Samsung Galaxy Tab Active 2 isn’t designed for industrial-grade protection. However, what it does provide is IP67 certification for dust and water ingress, and a battery that lasts between eight to 10 hours. Plus, it supports replaceable batteries, so you can keep on working even if you’re away from a power supply, and it’s drop-tested to 1.2 metres. A decent camera and NFC technology are included, and it’s rounded off with Samsung’s customary excellent build quality. The newer Galaxy Tab Active 2 improves on a lot of the features of the first Tab Active, with more RAM, better CPU and much more.

This 10.1-inch Android tablet can withstand drops up to six feet, as well as being water and dust resistant. While it’s bulkier and heavier than non-rugged tablets, it’s still portable enough to be easily carried around worksites. The XSlate Android L10 also has a better display than its predecessor, made of Corning Gorilla Glass 3 with higher resolution and glove/wet touch technology. It’s not the most powerful tablet on this list, but it’s a more affordable alternative for people who want to use an Android device outside and on the road.