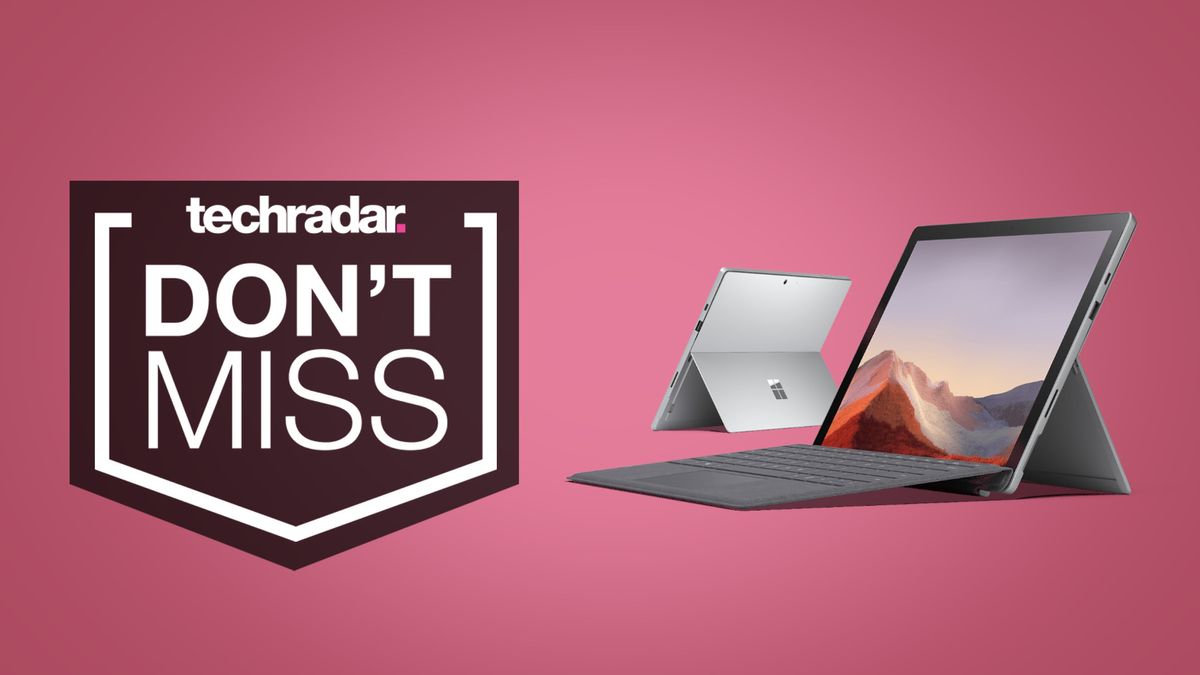 For those still on the hunt for a last-minute bargain, there are a few Cyber Monday Surface Pro 7 deals still available at Best Buy today which are offering some of the lowest prices we’ve seen on these superb premium tablets.

The cherry on the top with all these Cyber Monday Surface Pro 7 deals is the free Type Cover that Best Buy is bunding in with every one. While a cover might not seem like a significant freebie on most devices, with the Surface Pro 7 this handy accessory will essentially enable you to use your device as a laptop, if you so choose.

That turns these premium tablets into something more akin to premium 2-in-1 laptops, and really flexible machines all around. What’s more, thanks to price cuts across the entire range, you’ve got the option to pick and choose which spec is right for you.

Just need something for the basics? Check out this baseline Core i3 model for just $599 (down from $959) – a price that’s now actually matching that latest Apple iPad Air, a nice tablet, but one that doesn’t come with a type cover.

For those who need a bit more power, see this Core i5 version for $799 (was $1,029) which is also available in a 256GB SSD version for $899 (was $1,329). Both these Core i5 machines are great as both a tablet and a traditional laptop, thanks to having plenty of power on tap for all your work tasks, as well as for all those intensive applications like music production and design work.

Microsoft Surface Pro 7 (i3) with Type Cover: $599 at Best Buy
Save $360 – This first Surface Pro 7 on our list is the baseline i3, 4GB RAM, 128GB SSD version, which is almost astonishingly as cheap as a new MacBook Air today at Best Buy. Ok, so it’s not quite as powerful as the others on our list, but this is still a fantastic price to pay for such a premium tablet with the addition of a type cover that allows you to use it as a laptop.View Deal

Microsoft Surface Pro 7 (i5) with Type Cover: $799 at Best Buy
Save $230 – Second is this Intel Core i5, 8GB RAM, and 128GB SSD combo, which has a bit more power under the hood for those more intensive applications. We’d recommend this one for people who want to use the Surface Pro 7 for more traditional laptop tasks such as work, design, or music production.View Deal

Microsoft Surface Pro 7 (i5) with Type Cover: $899 at Best Buy
Save $430 – And, finally is this 256GB SSD version, which, aside from the more expansive storage drive ha the same specs as the above mid-range option. We’d recommend this one for people who are planning on storing tons of HD media on their laptops, such as TV shows and movies.View Deal

For more prices across the entire range, see our main Surface Pro deals page, where we’re comparing other retailers too. We’ve also got a great iPad deals page as well, which offers another fantastic premium tablet alternative to these Surface Pro 7 deals.