Skip to content
An Industry body has asked India’s competition regulator to put on hold ’s tweaks to its Play Store payment rules, which require developers of paid apps to use its proprietary payments system and pay a 30% commission on every transaction. The rules, announced in September 2020, are set to take effect in India next April.

Also in this letter: 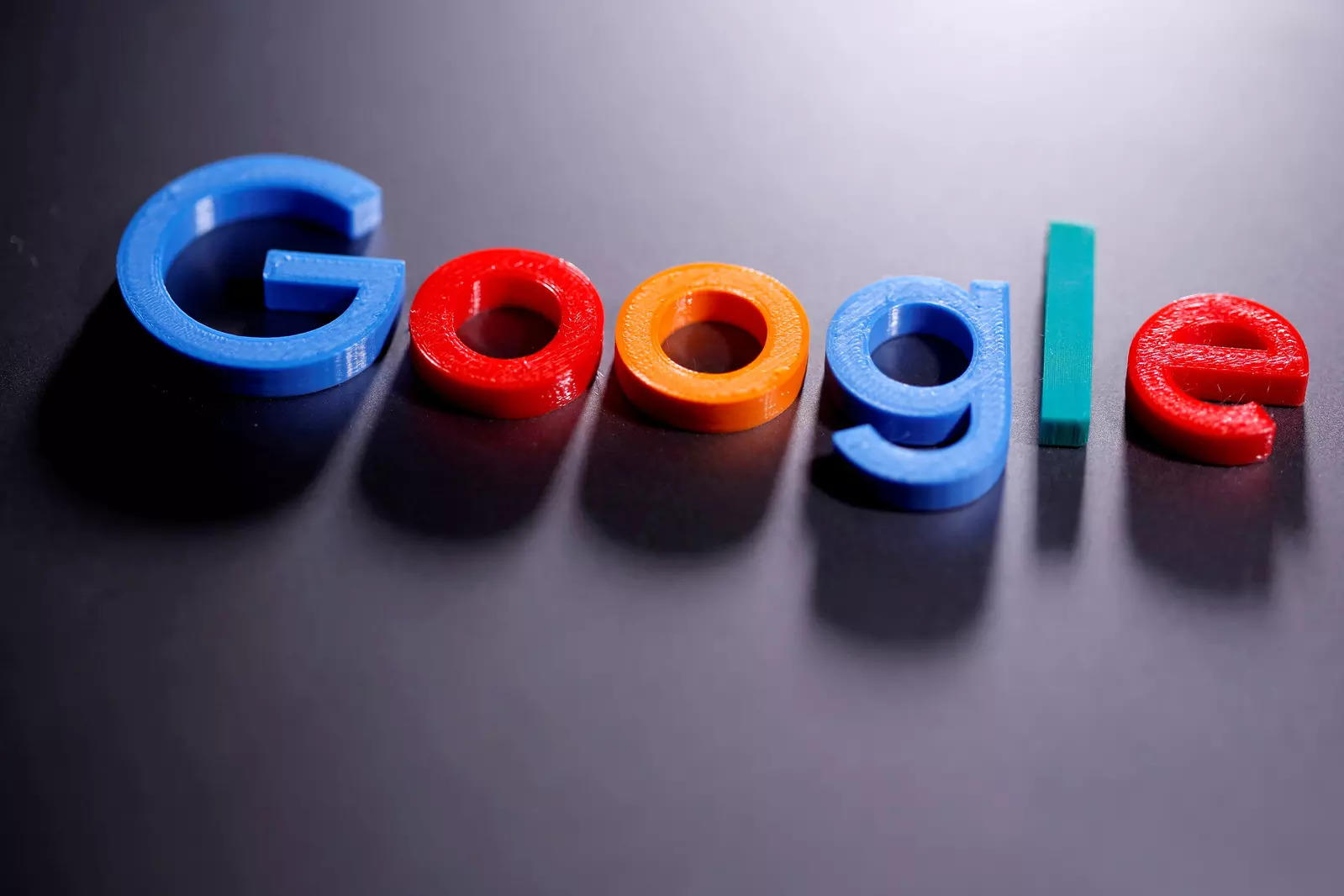 The (), an industry body, has asked the Competition Commission of India (CCI) to put on hold Google’s planned changes to its Play Store payments policy until the competition regulator completes an ongoing probe into Google’s alleged abuse of its app market dominance. ADIF represents the interests of various stakeholders such as startups, app developers and others.

It said it would support the ongoing inquiry, which the CCI announced in November 2020, but was compelled to petition the commission for interim relief to protect the choice of app developers.

What changes? The policy changes, which were originally meant to take effect in October 2021, will be introduced in India in April 2022. They will, among other things, require developers of certain types of apps to use Google’s own billing service, called Google Billing System (GBS), to accept payments. GBS charges a 30% commission on all Play Store transactions.

Google has previously said the rule applies to paid apps and those that offer in-app purchases, which comprise less than 3% of apps on Google Play.

Yes, but: ADIF said the issue wasn’t just about money. In its petition to the CCI, it said Google’s 30% commission was extremely high and unfair. However, it said that the core issue was the mandatory imposition of the GB and the exclusion of other methods of payment.

ADIF said it had a strong case for seeking such relief as Google’s policy changes would have a “destructive effect” on the operating margins of many startups and make their business models infeasible.

Google’s policy tweak: In September 2020, Google had said it would no longer allow apps to bypass its payments system. It announced the move as a “clarification” of what its existing policy already was.

“We’ve always required developers who distribute their apps on Play to use Google Play’s billing system if they offer in-app purchases of digital goods, and pay a service fee from a percentage of the purchase. To be clear, this policy is only applicable to less than 3% of developers with apps on Google Play. We only collect a service fee if the developer charges users to download their app or they sell in-app digital items, and we think that is fair.”

Google said it would implement this rule in October 2021 but deferred it to April 2022 in India after more than 150 startups and companies here protested against the move. This prompted the CCI to launch an investigation into Google the following month. It said the Play Store policy was “prima facie” unfair as it restricted the choice of app developers.

Report in another probe leaked: In September, we reported that the CCI’s investigative arm—in a separate probe—had found Google guilty of using anti-competitive, unfair and restrictive trade practices in the mobile operating system and related markets. That investigation began in April 2019.

A few days later, Google filed a writ petition in the Delhi high court against CCI over the leaked report, saying, “We are deeply concerned that the director general’s (DG’s) report, which contains our confidential information in an ongoing case, was leaked to the media while in the CCI’s custody. Protecting confidential information is fundamental to any governmental investigation, and we are pursuing our legal right to seek redress and prevent any further unlawful disclosures.”

But when the CCI told the court on September 27 that it was not behind the leak, the high court dismissed Google’s plea.

Zostel (Zo Rooms) has written to markets regulator the Securities and Exchange Board of India, requesting it to reject Oyo’s draft red herring prospectus (DRHP) and suspend its proposed initial public offering (IPO). ET has reviewed a copy of the letter.

We first reported Zostel’s plan to move Sebi on October 4, saying it had firmed up plans to ask the regulator to restrict Oyo’s $1.2-billion IPO, citing its ongoing legal dispute with the Gurgaon-based firm.

What the letter said: Zostel said Oyo’s IPO is “non-maintainable as Oravel’s capital structure is not final”. Accordingly, Oravel’s filing of the DRHP in the circumstances, is illegal, in view of the stipulation contained under Regulation 5(2) of the Securities and Exchange Board of India (Issue of Capital and Disclosure Requirements) Regulations, 2018 (ICDR Regulations).”

Interestingly, Zostel’s note includes a presentation by Oyo promoter SoftBank, which in an earnings report in 2016 mentioned that Oyo had acquired Zostel.

Catch up quick: The issue dates back to 2015, when the two companies signed a contract for Oyo to acquire Zostel. The deal fell through, but Zostel said that it still deserved about 7% in Oyo’s parent firm Oravel Stays.

A Supreme Court-appointed arbitrator said in March that the term sheet between Oyo and Zo was binding and that Oyo, after a point, stopped taking steps to fulfil obligations under it.

It said Zo was “entitled” to make “appropriate proceedings”. Since the dispute landed in court, Oyo has maintained the said term sheet was non-binding and challenged the arbitrator’s order.

Lunchclub, a US-based networking platform that uses artificial intelligence and machine learning to connect professionals, plans to expand its operations in India and has appointed Pritish Nair, previously at Prodigy Finance and GrabOn, as its lead in the country. The service, which was previously invite-only, is now free to use but will soon have tiered subscriptions.

Successful beta: Lunchclub’s active user base in India has grown 20 times since it launched a beta version in mid-2020, cofounder and chief executive Vladimir Novakovski told us.

“We saw pretty fast growth across the board, but I think [growth in] India was actually even [faster] than in some core US cities. What was interesting to see is that people from different industries, including media, entertainment, finance—not just tech—have been signing up,” he said.

Founded by Novakovski and Scott Wu in 2017, the social network raised $24.2 million in a Series A funding round led by Lightspeed at a valuation of $100 million. It has now raised a total of $30 million from investors, including Andreessen Horowitz and Coatue Management.

The company claims to have achieved 15X growth in 2020 alone. It was launched as an invite-only concierge service for in-person introductions but pivoted to video calls when the pandemic hit last March. The platform is accessible through a mobile app or web browser.

Plans and goals: Lunchclub aims to have one lakh users in India by the end of the year. To achieve this, it has partnered with shared workspace provider WeWork and Hyderabad-based accelerator T-Hub. It is also working with the alumni communities of top business schools like the Indian School of Business (ISB) and the Indian Institutes of Management (IIMs).

“India is a key global destination when it comes to professional networking,” Novakovski said in a statement. “Post-pandemic, while the need to establish quality professional connections is intact, there is a need for a channel that could help form meaningful conversations without sifting through hordes of people… Being a digital AI-led platform, we are able to offer access to the most relevant professionals all over the world,” he added.

How it works: Unlike other social networking platforms for professionals, Lunchclub does more than help applicants find their next job. It also helps entrepreneurs find investors, and founders find cofounders. Before the pandemic, it was doing well as a platform to arrange in-person meetings. When Covid hit, it added video meetings and that’s when the platform really took off.

Read our explainer on Lunchclub and how it works here.

■ Health tech startup Docprime, a subsidiary of PolicyBazaar parent firm PB Fintech, has invested $7.5 million in AI-driven telehealth and wellness platform Visit Health as part of its Series A funding round. PB Fintech said the investment is in line with its goal of enhancing service capabilities in the health and wellness space.

■ Content platform Graphy has acquired edtech platform Spayee for $25 million, the Unacademy group-owned company said in a statement. The company did not specify whether it was a stock swap or involved a cash payout. 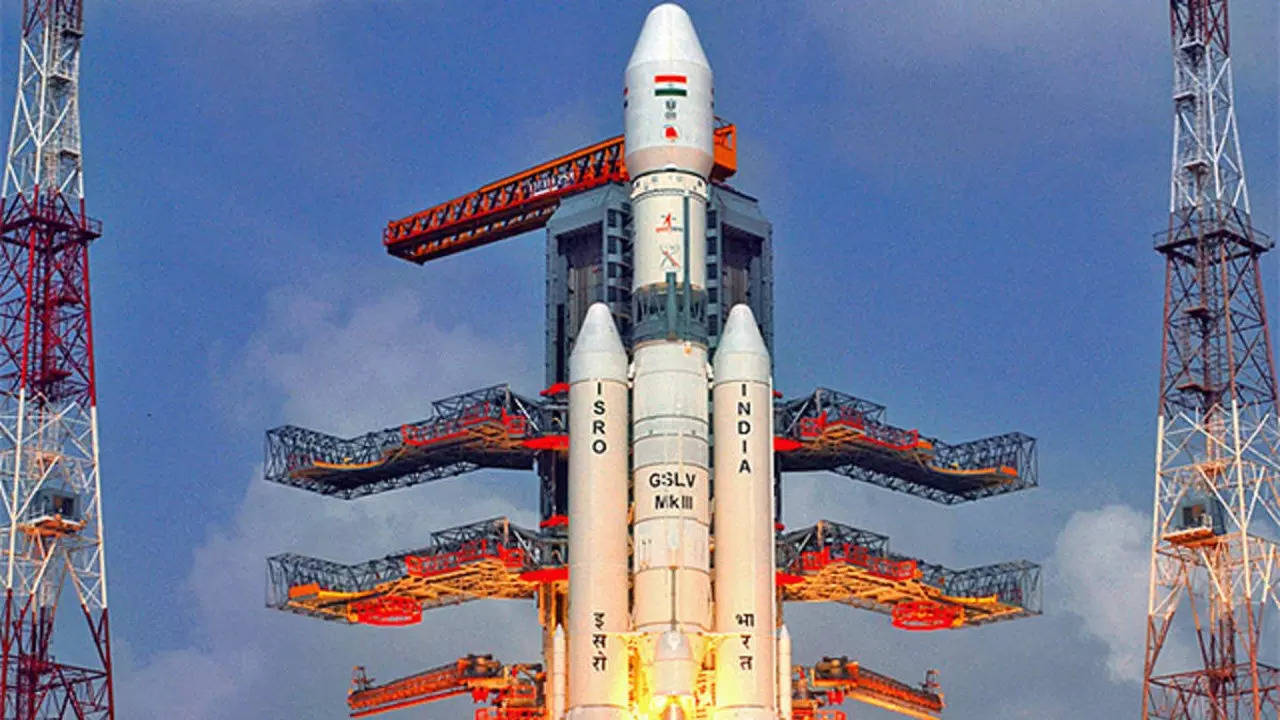 UK-based global communication satellite provider OneWeb, which counts Bharti Airtel as its largest shareholder, has entered into an agreement with India’s space agency to launch satellites aboard the country’s heaviest launch vehicle GSLV-MKIII along with its workhorse PSLV.

A constellation of satellites: OneWeb is building a constellation of 650 satellites in lower earth orbit (LEO) that will provide internet connectivity through space. It has so far launched 322 such satellites and is looking to now use Isro’s services to launch some of its satellites to augment its launching capabilities.

Quote: “I’m glad to share with all of you today that we’ve (OneWeb) entered into an arrangement to use the workhorse of Isro—the PSLV—and importantly the new rocket they’re bringing out, of a very large payload capacity, GSLV MKIII, to launch OneWeb satellites from the Indian soil,” Sunil Bharti Mittal, chairman at Bharti Airtel said.

Mittal added that OneWeb would launch its services in India in the middle of next year.

With this, OneWeb will become the first private company to launch satellites using Isro’s GSLV-MKIII launch vehicle, which has the capacity to launch up to 10 tonnes into lower earth orbit and four tonnes into geosynchronous transfer orbit.

ISpA launch: Separately, Prime Minister Narendra Modi today launched the Indian Space Association (ISpA), which will act as the premier body for space and satellite companies in the country.

Saying that the government would play the role of an enabler and aggregator of space assets, Modi told the industry that this was not a time for exponential, not linear, innovation.

Today’s ETtech Top 5 newsletter was curated by Arun Padmanabhan in New Delhi and Zaheer Merchant in Mumbai. Graphics and illustrations by Rahul Awasthi.