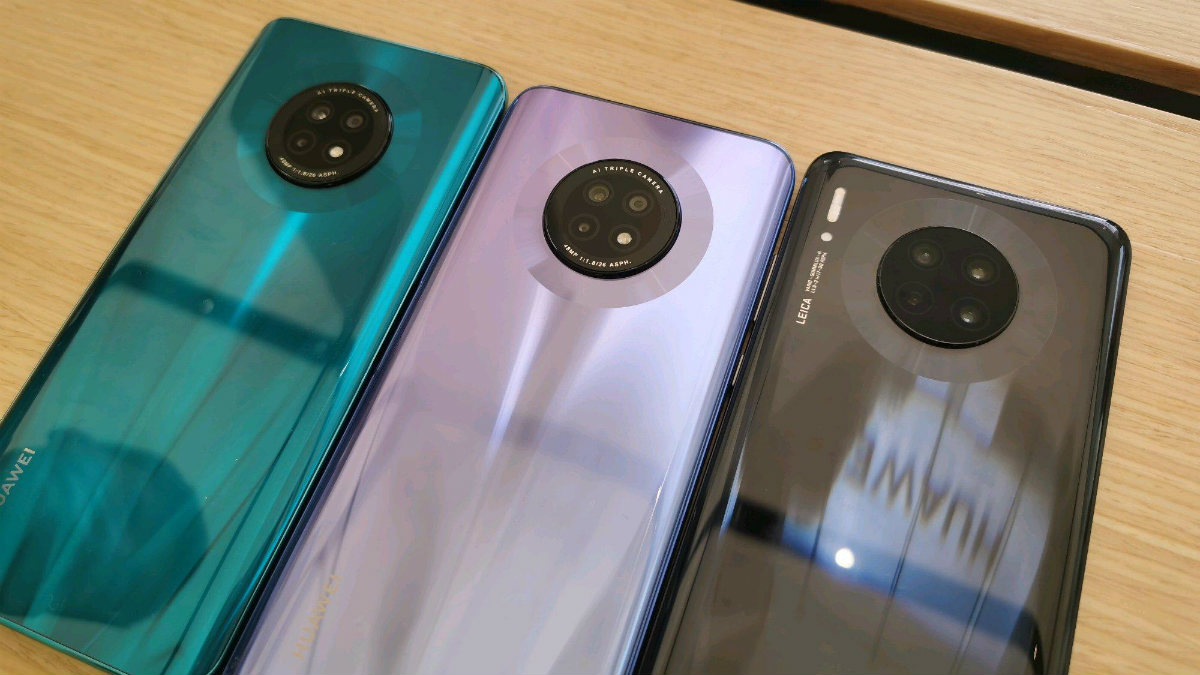 Huawei Enjoy 20 Plus is the Chinese company’s next rumoured smartphone, and its live images as well as full specifications have now been leaked. Images of another phone, the Huawei Enjoy 20 that allegedly belongs to the same smartphone series, have also been spotted on the Internet. In fact, a leaked image shows both phones kept side-by-side. There is, however, no information about the price and launch date of the phones. Huawei has also not said anything about the Enjoy 20 duo.

As per one of the images on Slashleaks, the alleged Enjoy 20 Plus phone will debut in two variants, one with 6GB of RAM and 128GB onboard storage, and the other with 8GB of RAM and 128GB internal storage. Another image shows the colour options, which look like black, green and white. There is a round rear camera module with a triple camera setup and an LED flash – similar to the one that was seen in the renders which were reportedly leaked last week. 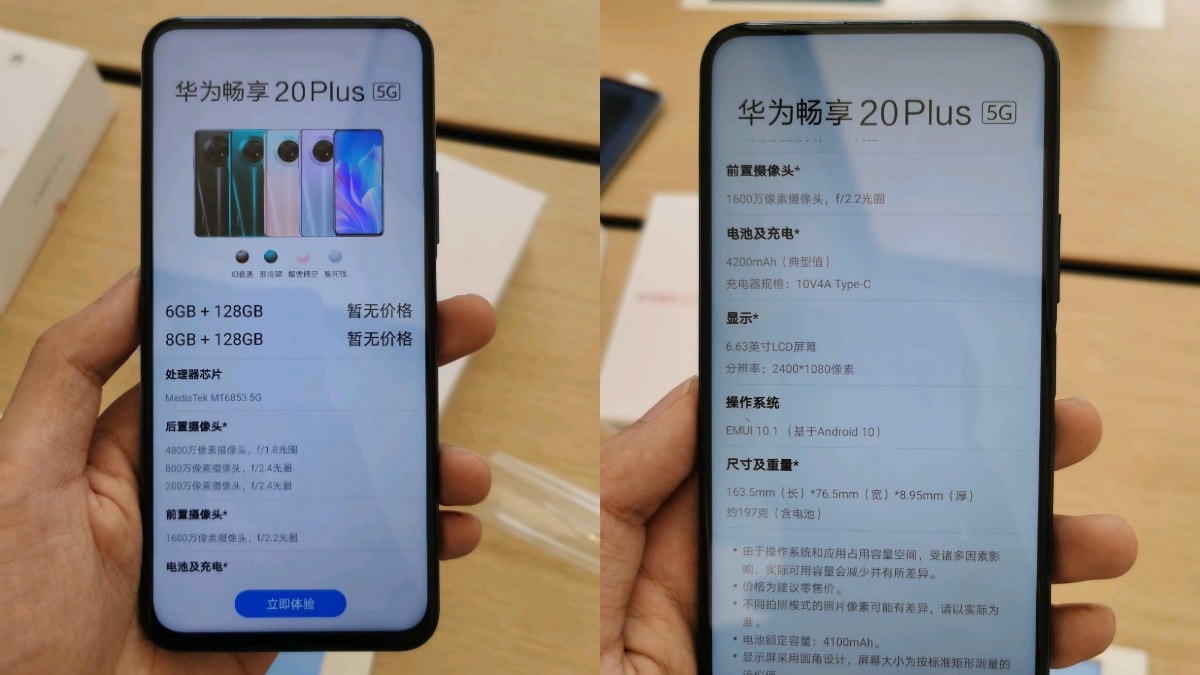 The alleged Huawei Enjoy 20 Plus is powered by MediaTek MT6853.
Photo Credit: SlashLeaks

As far as the Enjoy 20 is concerned, the phone is seen sporting a triple rear camera setup in a square module situated on the top left corner of the back panel. The module also has an LED flash. Both the phones do not have a fingerprint sensor on the back which could mean that they both might come with in-display sensors or a side-mounted fingerprint scanners.

Redmi Note 8 or Realme 5s: Which is the best phone under Rs. 10,000 in India right now? We discussed this on Orbital, our weekly technology podcast, which you can subscribe to via Apple Podcasts or RSS, download the episode, or just hit the play button below.