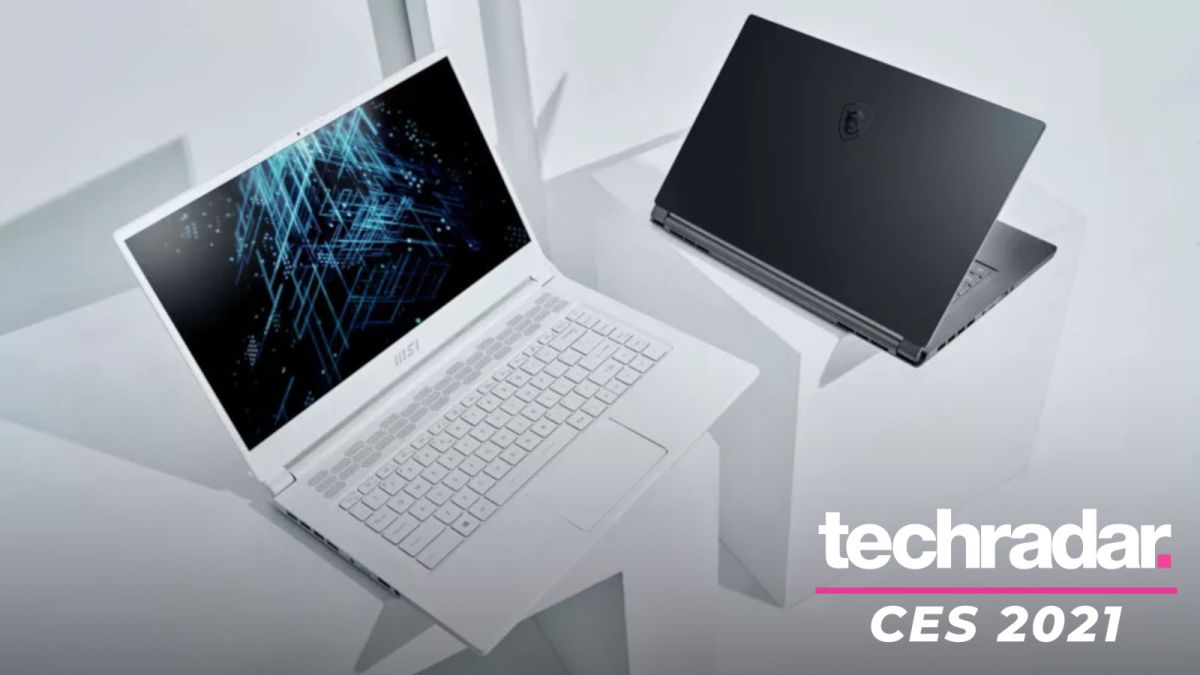 The dust from CES 2021 is starting to settle, and while the event was an almost entirely digital affair this year due to the ongoing pandemic, that didn’t mean we missed out on the hype when getting virtually blasted with all the exciting releases for laptops.

The biggest announcements in the world of computing were the reveal of Nvidia’s new line of laptop Graphics Processing Units, and AMD’s upcoming Ryzen 5000 mobile processors, though Intel still came out swinging with its 11th generation Tiger Lake-H35 processors that featured in some of the slimmest gaming laptops seen at the event.

A growing theme over the last few years has been sleek, minimalist gaming laptops that don’t give away their hard-working interior quite like the older generation of portable gaming hardware. A lot of this is obviously down to the evolution of technology over time, allowing more efficient cooling and ventilation without having to design a laptop that looks like it’s an Autobot waiting to transform into an F15.

I’d argue that this isn’t just down to style choice though. Yes, it’s fantastic to have a gaming laptop that doesn’t feel like it’s heavy enough use as a dumbbell when I’ve misplaced mine, but with all that room being saved, you’d think the RGB-encrusted trends from current desktop PC’s would bleed more into these new laptop designs.

You can still see examples of the loud, gamer aesthetics in models like the new MSI GE76 Raider Dragon Edition Tiamat, or the Lenovo Legion 5 Pro, but almost every name in the gaming laptop business that attended CES this year also announced a stealthy, professional-looking device in its gaming lineups, stripped of any unnecessary RGBs or accents that would give away the machine’s true purpose.

Naturally, this doesn’t mean that everyone will be switching out their Chromebooks or MacBooks for these minimalist gaming laptops, but the possibility is there for gamers who work in stuffier business environments to size down their work computer and personal gaming machine into one gaming laptop.

You could be playing a round of League of Legends on your lunch break, pillaging English towns as a Viking assassin on the train home, and then log yourself into World of Warcraft to raid with friends when you get back.

Laptops such as the Lenovo Legion Slim 7 are almost indistinguishable from a modern non-gaming laptop, even lacking any noticeable accents that may be seen in devices like the HP Dragonfly Max, a laptop that was designed specifically with conference calling and business work in mind.

Whilst the outer chassis of the Legion Slim 7 is nothing to shout about, you’re getting a 4k 60Hz display and the latest RTX 3000 GPUs and Ryzen 5000 CPUs.

Meanwhile, the Acer Predator Triton 300 SE has a sleek, brushed-metal chassis that wouldn’t look out of place on a MacBook or Surface Pro device, and the lighting can be switched for a singular color or turned off entirely with a few quick clicks. The keyboard has an in-built shortcut to the Predator Sense software that controls the laptop power input, giving you full customization to set this as a study or employment safe laptop by day, to a turbo boosted, illuminated beast by night.

The MSI Stealth 15M is also another gaming laptop that fits the bill as a perfect incognito piece of gaming kit that could accompany you on business trips and commutes, without the need to bring two devices with you to balance your job and your hobby.

This promises to be the slimmest gaming laptop on the market when it launches, and whilst I can’t verify that will be the case, it certainly looks more akin to a modern Ultrabook than a crazy power gaming laptop.

We don’t know much about the performance you can expect just yet as these laptops are not currently on the market, but the raw power hidden in the guts of these devices means they should be able to handle just about any work-related task you throw at them.

You can also opt for one of the gaming laptops released this year with a 16:10 ratio display, such as the Lenovo Legion 7. Yes, it’s smothered in RGB lighting but this can easily be switch off in the device settings, and you’ll find that an additional 11% increase on available screen size can boost productivity at work, perfect for anyone who misses larger monitors to work on.

The ability to work in an office (or just outside our homes) again feels like an unforeseeable event for many of us right now, but an eventual outcome will likely be that the standard 9-5 commute as we knew it is over. Many businesses are proposing permanent remote working solutions or reduced in-office hours for workers, resulting in a hybrid working environment.

Even students can benefit from these stealthy designs as portability and budgeting is an important requirement in tech hardware for college and university. Whilst the models mentioned certainly won’t be cheap, it’s more cost-effective to buy a singular expensive device than it would be to invest in two separate devices for study and gaming.

As someone that used to snub gaming laptops in favor of more powerful desktops, I’m having thoughts on upgrading my dedicated work laptop to a lightweight gaming one for all of the reasons mentioned above. It’s taken a while for me to recognize the benefits of being able to enjoy my hobby whilst sat on a train or during lunch, but I’m especially keen now that it won’t look like I’m smuggling a Decepticon into the office.