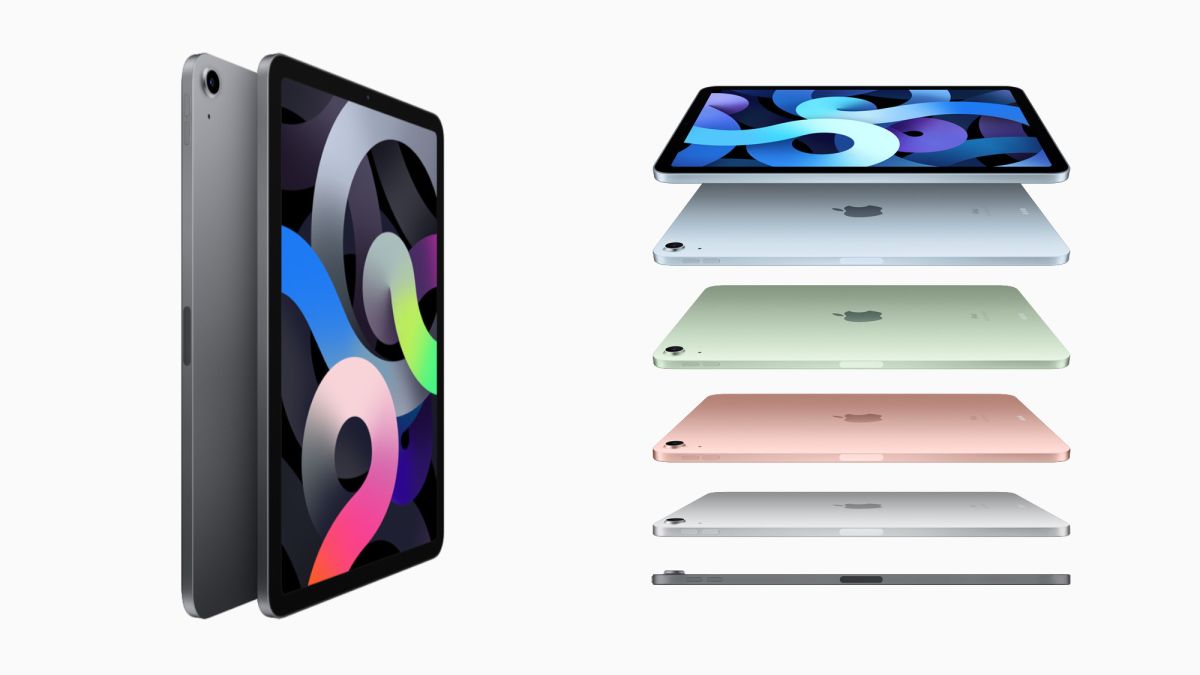 We’re 2 weeks into October, and there’s still no sign of the new iPad Air pre-orders. We were hoping that Apple’s recent press conference to announce the imminent arrival of the new iPhone 12 devices would yield some news, but unfortunately not – Apple is staying very tight-lipped about the brand new premium tablet. Our predictions? Friday, October 16. is probably the next most likely date as that’s when the iPhone 12 should be going on pre-order.

We’ll be updating this page as soon as pre-orders go live but in the meantime, we’ve rounded up everything you need to know about this interesting new premium tablet from Apple.

With Apple’s mid-September event officially announcing a new iPad Air for 2020 we should soon have a worthy replacement to the capable, but slightly dated 2019 iPad Air. More options are always fantastic, but will it be worth the price? Right here you’ll find links for the soon to be live pre-orders, price information, a quick specs breakdown, and also a direct comparison to 2019’s model – all the information you would need before considering a new iPad Air 2020 pre-order.

iPad Air pre-orders are on the way, but new releases also mean we should also be seeing some a fresh round of competitive prices on cheap iPad deals – great news if you find the new updates not worth the cash.

Firstly, here are the direct links to the relevant iPad Air Pre-order pages on Apple, should you choose to bookmark them ahead of the actual release date.

Currently, we don’t know exactly when pre-orders will be going live, but we’ll be updating this page as soon as they do so we recommend bookmarking this page too.

We’ll also be listing the best retailers to buy a new Apple iPad Air from, just in case you didn’t want to pick a device up from Apple themselves. In the US, we’re expecting Amazon, BestBuy, Adorama, and BHPhoto to be the first big retailers to put the new iPad Air 2020 on sale next month,

In the UK, Currys, John Lewis and Amazon should all be offering the new tablet at launch prices next month, though we expect stock to disappear quite quickly at Amazon upon initial release.

How much will iPad Air pre-orders cost?

iPad Air pre-orders will cost $100 more than the previous model, which sits inline with the move to make the Air line more competitive with the iPad Pro. You’re certainly getting a jump in power over the previous model as well. As always, the iPad Air is the somewhat underrated middle child of the whole iPad range, sitting between the top-end Pro series, and more basic standard 10.2-inch iPad. That’s still reflected in these 2020 iPad Air pre-order launch prices, but you’re eking a little closer to the premium side of things in this year’s release.

It’s worth mentioning that these are just starting prices for the Wi-Fi only models, if you want to include the option for cellular capabilities then you’ll be spending an extra $120 on top of the above asking prices.

iPad Air pre-orders: what do you get for your money?

The brand new iPad Air 2020, as expected, comes with a selection of storage sizes (64GB, 256GB) but unexpectedly, comes with not only a brand new look but a few brand new colors as well. Old favorites Silver, Rose Gold and Space Gray make a return but we’re also seeing the new addition of a Green and Sky Blue this year.

The screen size and display have also been upgraded, from a 10.5-inch Retina to a 10.9-inch Liquid Retina and inside you’re getting the new A14 Bionic chip – which Apple claims is their most advanced mobile processor yet. As if that wasn’t all, there are also upgrades to the camera systems – which now support 4K video at 60 FPS.

Altogether, we’re not just looking at an iterative improvement here. The new iPad Air isn’t only a fresh new look for the range as a whole, but it’s also packing some serious hardware – probably enough to warrant an upgrade if you’ve been holding off.

Software-wise these new 2020 iPad Air comes with the latest iPadOS 14 and can, of course, be expected to be supported with the latest upgrades from Apple for many years to come. iPadOS 14 specifically comes with better Apple Pencil support, new Scribble app, and new designs for popular apps such as FaceTime.

A new iPad launch is also great news if you’re looking for something a little older – specifically the last generation models, which are sure to have some nice little price drops to make way for the newer, shinier offerings.

Right now, 2019 iPad Air prices seem to be holding up at around $499 / £499 /  AU$779 currently but we’d expect these to start decreasing in the following weeks. While the baseline 64GB variants are sold out at most US retailers with no likely plans for a restock, we should see the remaining 256GB models in stock going for a bargain clearout price soon – most likely for around $549 (a $100 discount).

It’s also worth considering the older iPad Pro models, in particular the 2018 iPad Pro 11 and iPad Pro 12.9 – which can sometimes be snagged for around $200 cheaper than the new 2020 entries, though stocks are beginning to dry up now.

Looking to kit out your new iPad? We’re also rounding up all the latest Apple Pencil deals available right now. Or, if you’re looking for the full productivity experience, check out the best cheap MacBook deals.