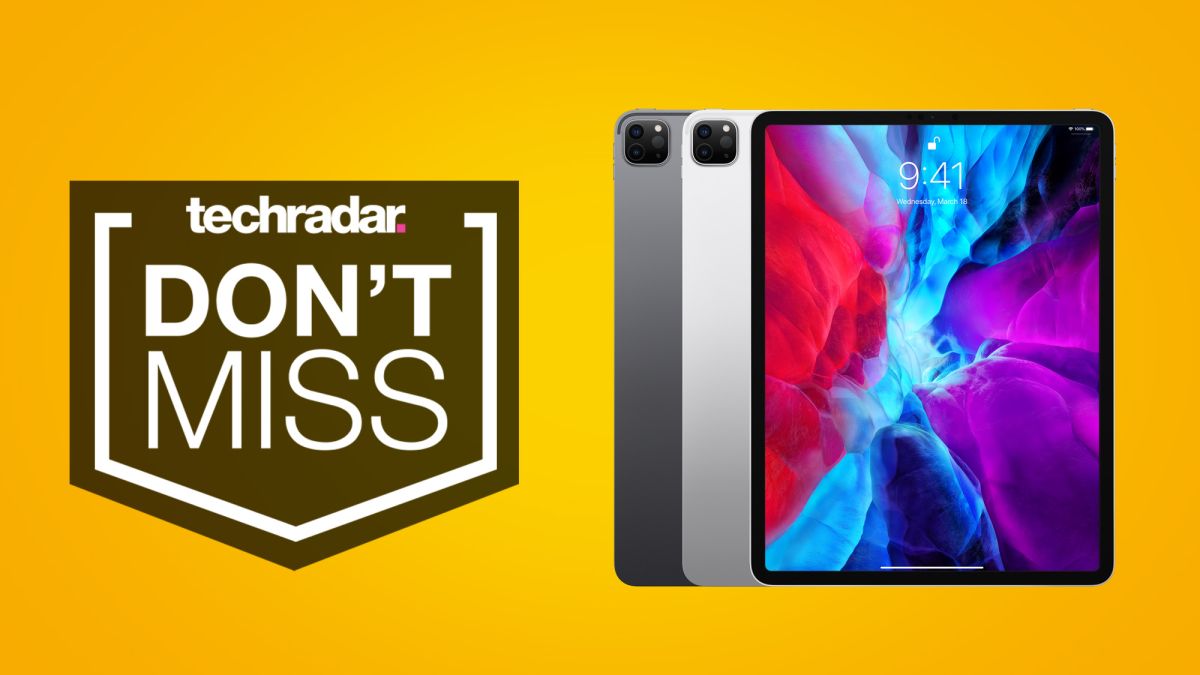 iPad Pro deals are tumbling even further in price this weekend, with extra discounts improving on earlier offers in both the US and UK. That means we’re setting new records for the cheapest iPad Pro deals around right now, and weeks ahead of Black Friday itself. While it’s certainly a surprise we’re seeing the latest 2020 release on sale right now, we are seeing retailers offering up Black Friday deals much earlier this year which explains the impressive discounts up for grabs this weekend.

If you’re shopping for a powerful new iPad, then, you’re browsing at the right time. These iPad Pro deals are offering up some stunning prices on both sides of the pond, with the cheapest 11-inch 128GB model coming in at just $749.99 right now. That’s thanks to a $50 price cut bringing it back down to its lowest price yet, however there are even bigger discounts available on models with bigger storage.

Meanwhile, the UK is seeing some of its first discounts on the 2020 range of iPad Pros. These offers were slow to take off, but we’re finally seeing savings of up to £90 available this week with the cheapest model coming in at just £801.20 (the 256GB 11-inch iPad) – that’s an extra £20 cheaper than it was at the start of the week.

You’ll find all of these iPad deals just below, but it’s worth noting that we’re also bringing you all the latest Black Friday iPad deals as they start to hit the shelves early this year.

2020 iPad Pro 11-inch – 128GB: $749.99 at Amazon
Save $50 on the smallest iPad Pro available on the market right now. If you’re looking for a lighter companion to work, streaming, and gaming, this 11-inch model’s 128GB will be perfect, and with a new $749.99 price tag you’re getting it cheaper than ever. There’s always bigger configurations available, however, and savings are spanning the entire range right now.

2020 iPad Pro 12.9-inch – 128GB: $939 at Amazon
Grab the latest 12.9-inch iPad Pro to hit the market for $60 less at Amazon this week – that’s $10 cheaper than the price just a few days ago. The cheapest version of this device, the 128GB configuration, is now available for $939 – perfect if you’re looking to make use of iCloud for most of your storage. However, you’ll find more savings on bigger configurations just below.

Below, you’ll find the cheapest iPad Pro deals from across the web. We’re bringing you the lowest prices from all your favorite retailers, comparing both the older 2018 and 2020 model.

Black Friday deals are dropping a lot earlier this year, due to a number of factors that have arisen thanks to the global pandemic. Online competition is fierce this year, as brick and mortar stores are forced to bring more of their sales to the web to avoid heavy foot traffic over the November 27 weekend and Amazon has already made its move with Prime Day – itself delayed until October.

That late Amazon sales event effectively kicked off the Black Friday season across the US and UK, with retailers scrambling to offer similar savings to keep up with Amazon so close to the holidays. And that’s the third reason we’re seeing so many early offers this year – we’re getting closer to Christmas and retailers are concerned about shipping times later on in the year.

All of that means offers like these Black Friday iPad deals are landing on our shelves a lot earlier than anticipated. So, should you pick up these deals or wait for November?

It’s true, we’re still likely to see the best iPad Pro deals over the official November shopping weekend. However, these are some of the lowest prices we’ve seen so far for this model, and they’re starting to rival the 2018 model. November’s offerings aren’t guaranteed, therefore. We may see a price rise in the next few weeks, only for it to drop once again to this position over November, for example.

Our advice? If you spot a price you like, especially if it is the cheapest its ever been, we’d go for it now. While things may be a little cheaper in November, it’s unlikely we’ll see major discounts beyond these prices on the newest release and plus there’ll be plenty more competition over those two days of Black Friday.