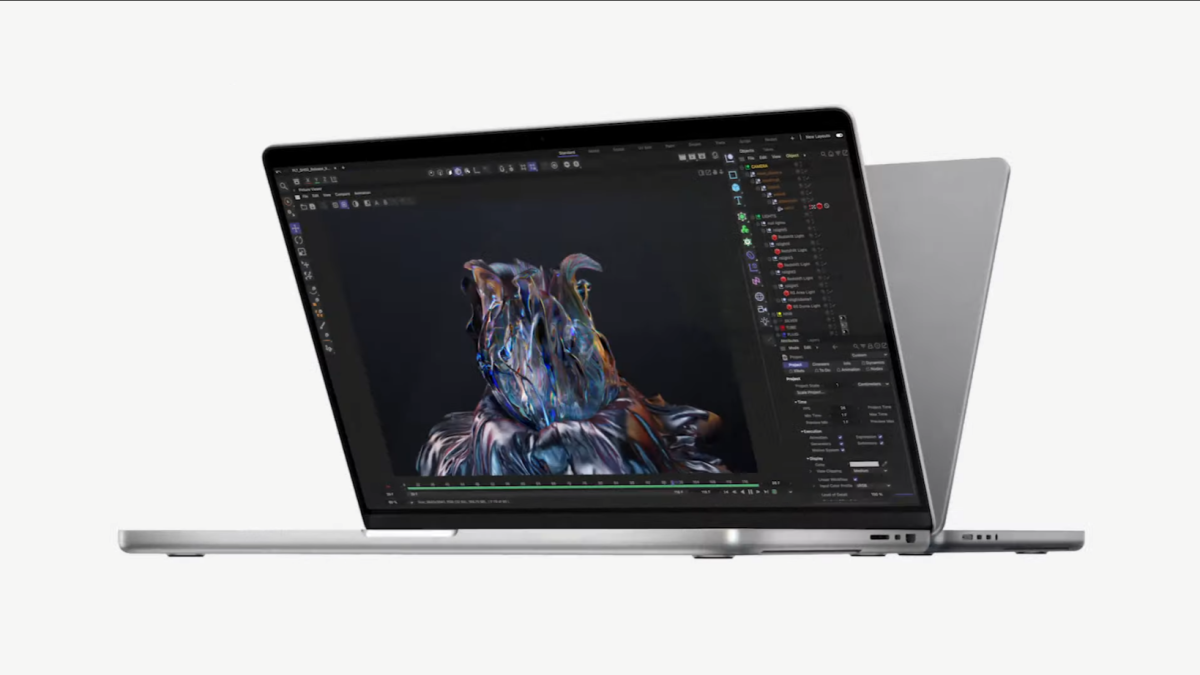 The Apple MacBook Pro 16-inch (2021) was announced at the ‘Unleashed’ event on October 18, and from what we’ve seen so far, it looks like it could be an absolute monster, and perhaps even one of the best laptops ever made.

Powered by either the new 10-core M1 Pro or M1 Max chips, which feature eight performance cores and two efficiency cores, the new MacBook Pro 16-inch is a major step up performance wise, but it doesn’t end there.

Apple also says that efficiency of the new MacBook Pro 16-inch (2021) can extend the battery life as long as 21 hours, which is well beyond what even the longest lasting Intel or AMD laptop processors are capable of. That

Although the MacBook Pro 16-inch (2021) launch date isn’t until Tuesday October 26, Apple has already shared quite a bit of information about its new flagship, including specifications and price details, so read on to find out everything we know so far.

The new Apple MacBook Pro 16-inch (2021) is available for preorder now, with deliveries expected to begin on October 26.

However, during the launch event, Apple was keen to stress how much of a performance boost the new MacBook Pro 16-inch (2021) has received over the last model, so Apple will be banking on the better performance and improved screen to justify this higher price.

As far as the design of the Apple MacBook Pro 16-inch (2021), the new look is more revolutionary than first thought. While it keeps the iconic MacBook look, and comes in two colors, it now also boast a huge increase in ports.

The MacBook Pro 16-inch (2021) will feature three Thunderbolt 4 ports, one HDMI port, an SDXC card slot, and a MagSafe 3 port, along with a Magic Keyboard with Touch ID, Force Touch trackpad, and a 140W USB-C power adapter (you can still charge via USB-C if you’d prefer). There’s also a 3.5mm headphone jack, too.

Some people had been hoping for a choice of bright colors to match the new iMac (24-inch, 2021) and iPhone 13, but Apple stuck with the two dark colors. Perhaps we’ll see a more colorful MacBook Air (2022) instead?

Apple has also killed of the Touch Bar that ran above the MacBook Pro’s keyboard. This mini display would show context sensitive buttons and shortcuts depending on what tools or apps you were using.

While some people found the feature useful, others saw it as merely a gimmick that only increased the price (and size) of the MacBook Pro laptops it appeared in.

The display offers P3 wide color gamut coverage and supports one billion colors for the smoother gradients. Best of all, the display also comes with the expected 120Hz refresh rate, making it the fastest MacBook Pro 16-inch display yet.

Because the bezels around the screen have been slimmed down for a more modern look, it’s allowed Apple to increase the screen size to 16.2-inches from the 16-inches of the previous model. It also offers 7.7 million pixels thanks to its 3,546 x 2,234 – which Apple says is the most ever in a MacBook.

Boy howdy, where to start. Well, we guess we should start with the M1 Pro chip and the M1 Max chip.

The M1 Pro chip offers a huge boost over the first generation Apple silicon, the Apple M1 chip. Apple promises that the M1 Pro and M1 Max are twice as powerful as the Apple MacBook Pro 16-inch (2019) powered by an Intel Core i9 processor, and while we still need to see it for ourselves before accepting that claim, its definitely in the realm of possibility given that the Intel Core i9 is an eight-core chip with no efficiency cores at all.

Here are some of the stats Apple has provided for its expected performance gains of the MacBook Pro 16-inch (2019):

According to our Jackie Thomas, the 16-core M1 Pro GPU features a clock speed of about 1.26GHz, based on her calculations, though we don’t know about the 32-core GPU in the M1 Max, since the M1 Pro is a 30W GPU according to Apple but the M1 Max is a 100W GPU, so with more power comes a higher clock speed, but not in a linear fashion, so it’s hard to predict what the ultimate speed of Apple’s most powerful laptop GPU will be.

Another major step forward for Apple with its new MacBook Pro 16-inch (2021) is a significant boost in battery life, even above the earlier M1 MacBook Pro 13-inch (2020) and the MacBook Air (2020), according to Apple.

In addition to video playback, Apple says that developers will be able to compile four times as much code when working in Xcode and photographers will be able to get up to twice the battery life when using Adobe Lightroom Classic on the go.