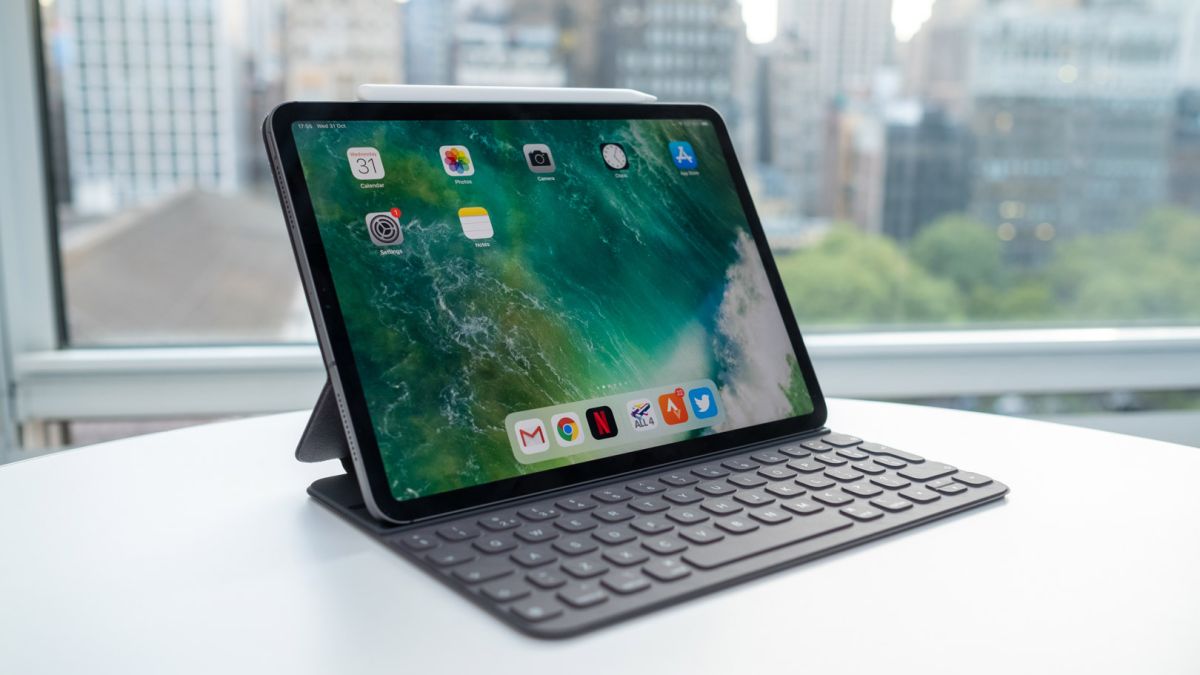 The iPad Pro 2020 landed in March of last year, which means a new model could be imminent, and we’ve heard a number of rumors about it.

Below you’ll find everything we’ve heard so far, including information on the possible screen, specs, design and features. And while we don’t know exactly when it will land yet, we’ve also included details of the possible release date and price.

From 5G to a Mini LED screen, there could be a lot of upgrades in the 2021 iPad Pro, so it’s worth reading up on and getting excited about.

A report details the iPad Pro, mentioning it’ll have a mini LED screen, a chipset that’s on par with Apple’s M1, improved cameras and a Thunderbolt connector.

Our best guess for when the iPad Pro 2021 will launch is roughly in the next couple of months. We’ve yet to hear anything hard and fast about when it’ll be arriving, and we previously had expected it to be in March 2021.

Another leak suggested that components for the display may not have entered production until the end of March or later, so it’s not too much of a surprise to see it miss this expected March arrival date. Either way, though, the first half of the year looks very likely.

There’s one rumor that we’ve heard more than any other about the iPad Pro 2021, and that’s that it will have a Mini LED screen.

This is a type of LCD screen, but one that offers improved contrast ratio and color reproduction over standard LCD displays. It’s also less likely to suffer screen burn-in than OLED, which is currently the display type of choice on high-end phones.

We first heard that the iPad Pro 2021 might have a Mini LED display back in April 2020, and that rumor has popped up multiple times since then, with one source saying this display tech will enter production either at the end of the first quarter of 2021 or in the second quarter.

This, then, is looking very likely. However, one source reckons that while there will apparently be both 12.9-inch and 11-inch iPad Pro 2021 models, only the larger of them will use Mini LED. That’s a claim we’ve now heard more than once.

We’ve also heard, though, that following these Mini LED slates, another iPad Pro could land before the end of the year with an OLED screen. Putting out that many iPad Pros in one year though would be an odd move, and other sources have suggested that Mini LED is the end goal rather than a stepping-stone on the road to OLED.

One other source does mention OLED, but suggests that these models won’t land until 2022, which seems more likely if it happens at all. That claim has now been echoed elsewhere, too, with a source saying the 2021 iPad Pro will have a Mini LED screen, with Apple considering OLED for 2022.

The renders below may provide a crude look at the design. These were supplied to 91Mobiles by a “trusted source” and show thinner bezels than the iPad Pro 2020 has, along with squared-off edges, a squarish camera module on the back and a power button on the top edge.

The source also suggests that the slate has quad speakers and a magnetic port to charge the Apple Pencil, just like its predecessor.

So from this it sounds like the design is being tweaked, but nothing more. Another source has suggested similar, stating that the lens glass will now be flush with the camera protrusion and that the number of speaker holes has been reduced by two thirds, but that the design will otherwise remain the same.

The lack of a design change is something that new leaks are specifically stating, though they additionally claim that the iPad Pro 12.9 2021 will be 0.5mm thicker than its predecessor, which would make it 6.4mm thick.

We don’t know too much about the iPad Pro 2021’s specs yet, but when it comes to the camera, the renders above show a dual-lens one with a LiDAR scanner, which is in line with the current model.

We’ve also heard that the iPad Pro 2021 might have an A14 Bionic chipset like the iPhone 12 range, and support 5G – which would be a first for Apple’s tablet range.

That said, a more recent leak suggests the iPad Pro 2021 could have an even more powerful chipset – one that’s on par with the M1 chip in Apple’s latest Macs.

A report from 9to5Mac spotted references to a never-before-seen chip hidden within the code of the iOS 14.5 beta. The chip in question is the A14X, which is seemingly a variant of the A14 Bionic used by the iPhone 12 series and iPad Air 4 (2020), and suggests the next iteration of the iPad Pro will likely be more powerful and energy-efficient than its predecessor, which is powered by the A12Z Bionic.

This corroborates a recent Bloomberg report that claims the next-generation iPad Pro will have “an updated processor that is on par with the faster M1 chip.”

One leak seems to imply it won’t have the M1’s battery efficiency, though.

And looking beyond the iPad Pro 2021 itself, Apple might be planning to launch a new Magic Keyboard alongside it.

That theory comes from the existence of several patents for tweaked versions of the device, one of which shows touch-sensitive strips in place of a trackpad, along with a microphone and vibration sensors.

Those sensors would be able to detect gestures made on a surface the iPad is placed on (a swipe across a table, for example), and sense the force used to press keyboard buttons, allowing for a different input based on how much pressure was applied.

However, as always with patents, we’d take these suggestions with a pinch of salt, as very often nothing comes of them.

The final leak we’ve seen so far concerns a next-gen Apple Pencil that may be an accessory you can buy alongside the iPad Pro 2021.

The source – who has been accurate on Apple iPad leaks in the past – includes a photo that shows a glossy Apple Pencil with a longer tip than we’ve seen on previous stylus from the company.

Exactly why that tip may be longer is currently unclear, but it could be that this is for additional features Apple will announce on the iPad Pro 2021.