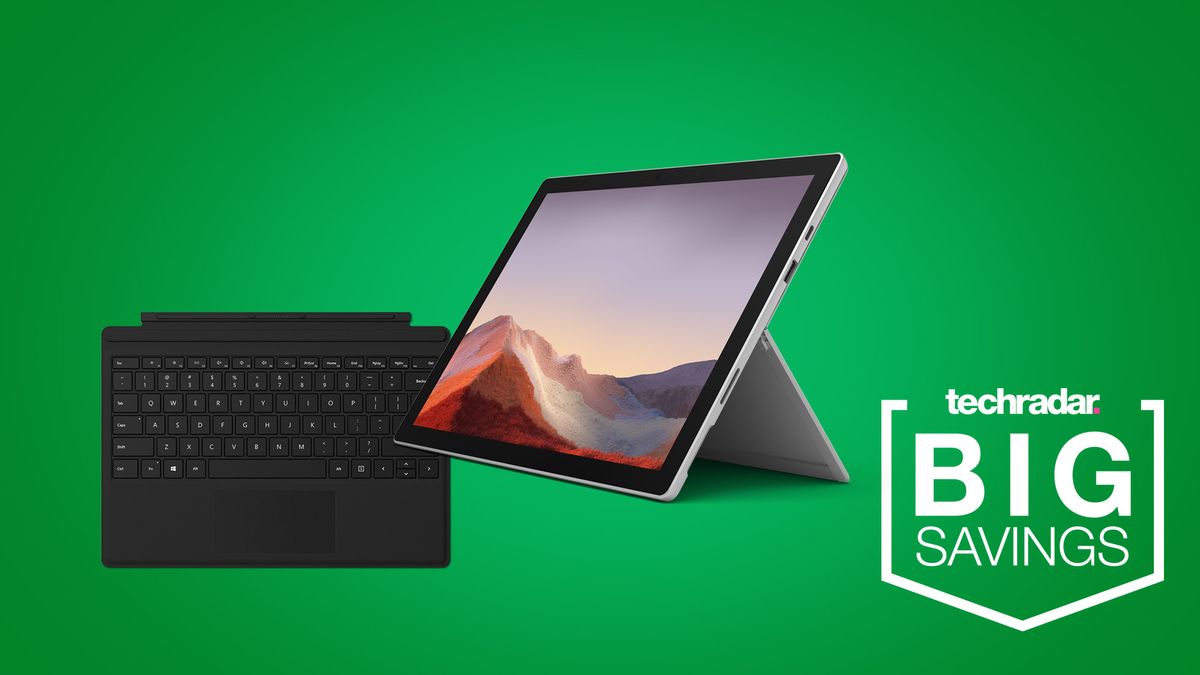 Surface Pro deals are hitting both sides of the pond this week, but we can’t help but feel the US is slightly better off. We’re seeing the return of a massively popular bundle offer in the States this week – $599 for an entry level Surface Pro 7 with a Type Cover keyboard included as well. That’s stunning value for a premium 12.3-inch tablet (saving you $310 overall), but there are plenty more Surface Pro 7 sales available if you need more power under the hood as well.

This i5 configuration, for example, offers up 8GB RAM and 256GB of SSD storage, with a Type Cover keyboard, for $360 off – now just $999. We’re seeing more savings all the way up the price scale as well, so this week’s Surface Pro deals are hitting a lot of sweet spots right now.

Over in the UK, you can save up to £230 on the tablets by themselves. We haven’t seen many Surface Pro deals offering up discounts on the keyboard accessory so far, so these offers are about as good as it gets.

We’re rounding up all these Surface Pro deals just below, but you’ll find more prices from across the web further down the page as well. Plus, it’s worth noting that Amazon Prime Day is just around the corner, and while the retailer doesn’t have a stunning record when it comes to Surface Pro 7 deals, it’s still worth keeping an eye on if the prices below don’t suit.

Surface Pro deals in the US

Surface Pro 7 | i3, 4GB RAM, 128GB SSD | Type Cover keyboard: $599 at Microsoft
We’ve seen this Surface Pro bundle a few times before, but it’s still the cheapest way we’ve seen shoppers getting their hands on the 12.3-inch tablet with the keyboard accessory as well. You’re paying just $599 for the 10th generation i3 configuration, complete with 4GB RAM and a 128GB SSD.
View Deal

Surface Pro 7 | i5, 8GB RAM, 256GB SSD | Type Cover keyboard: $999 at Microsoft
If you need a little more power under the hood, this i5 spec may be more suitable. You’re keeping the Type Cover keyboard but upgrading your processor, RAM and storage here.
View Deal

Surface Pro deals in the UK

Surface Pro 7 | i3, 4GB RAM, 128GB SSD: £699 at Microsoft
UK shoppers aren’t picking up discounted Type Cover keyboards this week, but there’s still a £100 discount available on the entry level Surface Pro 7 at Microsoft this week. That’s perfect if you’re looking for a cheaper but still premium tablet. Upgrade to an i5 processor with 8GB RAM for £124 off at £775.
View Deal

Surface Pro 7 | i5, 8GB RAM, 256GB SSD: £1,049 at Microsoft
If you’re after more storage as well as that boost to an i5 processor and 8GB RAM, it’s worth picking up this £120 saving on the mid-range model. If you don’t need 256GB of SSD storage, however, it’s worth noting the additional saving above. View Deal

You’ll find plenty more Surface Pro 7 deals just below, with our price comparison chart bringing in the cheapest costs from around the web – in the US, UK, and Australia.

If you’re after something a little cheaper, it’s worth checking out the latest Surface Go sales, or browse the best iPad deals around right now. Looking for more conventional laptop deals? We’ve got you covered as well.