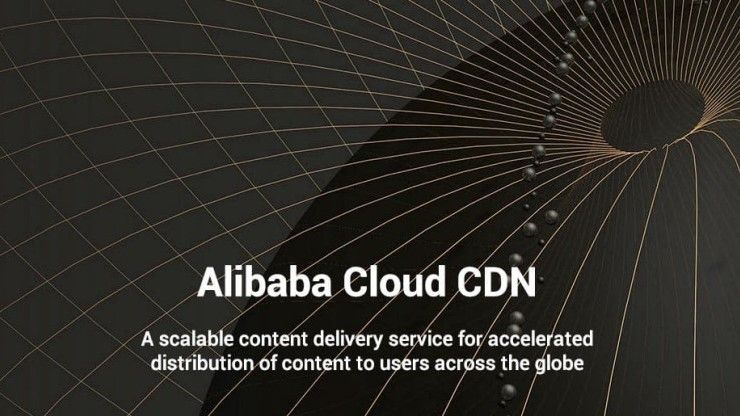 Founded in 2009, Alibaba Cloud has grown into a cloud computing giant, the largest in China and Asia Pacific (according to Gartner) and ranked #3 in the world.

In this review we’re looking at Alibaba Cloud CDN, a virtual network which accelerates website speeds by distributing your content to 2,800+ edge servers.

Most of Alibaba’s network is in mainland China – 2,300 servers spread across 31 provincial regions – but that still leaves 500 distributed across 70 countries, with a total bandwidth capacity of up to 150Tbps, more than enough for even the largest of international corporations.

Alibaba Cloud CDN is targeted at experienced business users more than networking newbies, but you don’t have to be an expert to get started. Setting the service up can be as simple as applying a handful of DNS tweaks, routing website visitors to the CDN rather than your own website. Alibaba Cloud then handles the basics all by itself, routing content requests to the visitor’s nearest edge server for the best possible performance.

You get other speedup benefits for free. Simple optimization tricks strip out comments, redundant spaces and other surplus content to cut file sizes, smart Brotli compression further reduces your traffic needs, and parameter filtering (ignoring the text after the question mark in URL?parameter=value) makes sure the CDN doesn’t unnecessarily fetch content from your origin server.

Access control features include the ability to block visitors by IP address, user agent headers, HTTP referrer and more. There’s nothing particularly surprising, but you can still set up some advanced protection schemes, such as using authentication keys to protect access to valuable content (documents, videos, anything you’d like to restrict.)

Unsure how to best set up Cloud CDN for your own site? That’s okay, even experts won’t get every detail right first time. Fortunately, Alibaba Cloud CDN provides detailed reports on every aspect of its performance, alerting you to potential problems and helping you optimize your settings for the best possible results.

Although many Alibaba Cloud CDN features come for free – or at least, little more than checking a box, perhaps flipping a switch – the service also has real expert-level configurability.

EdgeScript is a scripting language which enables customising every aspect of how Alibaba Cloud CDN works. Your script can inspect IP addresses, assorted client details (country, region, ISP), user agents, referers, cookies, URLs, server names, ports and more, then apply your own business logic and rules to deliver whatever functionality you need.

You could use this to customise the CDNs caching rules. ‘PDFs are kept for 30 days by default, but newsletters only get 7 days in this area of the site, and archived PDFs last for a year’: you get the idea.

But you could also use EdgeScript for more general website tasks, such as redirecting visitors from particular countries to content in their native language.

If your CDN needs are fairly simple, this may not seem relevant right now, but it’s still worth keeping in mind as an Alibaba Cloud plus. Whatever you need from a CDN right now, you may well need more in a year, and it’s good to know Alibaba Cloud has the power to cope.

And if you’re an expert user who already has ideas of how you could use EdgeScript, check out the documentation on the Alibaba Cloud site for in-depth details of how it works and what you can do.

Alibaba Cloud CDN pricing varies depending on the region where your content is served, and the amount of traffic you’re using.

This starts at $0.04 per GB for downstream traffic (content served from the CDN to your visitors) in mainland China, rising to $0.07 in North America and Europe, $0.081 to $0.108 across Asia Pacific, and $0.2 in Africa, South America and the Middle East.

Prices fall as you hit new traffic tiers (that’s usage above 50TB, 100TB and 1PB), and, for example, North America and Europe traffic above 100TB costs only $0.03 per GB.

These are generally fair prices for what you’re getting, although it depends very much on where your website audience is located. Amazon CloudFront is fractionally more expensive for the US and Europe, for instance ($0.085 vs. $0.07 for tier #1), but it can be far cheaper elsewhere ($0.110 vs. $0.2 in Africa and the Middle East.)

Unfortunately, there can be extra charges to consider, including costs for HTTPS requests ($0.008 per 10,000) and the traffic generated in fetching content from your origin server.

If you’re unsure how this might translate to your website, good news: Alibaba Cloud offers a free 1TB outbound traffic plan for three months, giving you a risk-free way to test its abilities and get a feel for your visitor’s locations (and the eventual service cost.)

But if you don’t really need Alibaba Cloud CDN’s power, keep in mind that there are plenty of cheaper alternatives. BunnyCDN offers a simple service for much lower prices, starting at $0.01 per GB in Europe and North America, and still great value at $0.06 in Africa and the Middle East.

Although we’re talking about Alibaba Cloud CDN here, the company has many related products which you can plug into your setup when necessary.

The CDN doesn’t come with a built-in Web Application Firewall (WAF), for instance, but that’s only because Alibaba Cloud already has a specialist stand-alone WAF. Add it to your site and you’ll get leading-edge protection from bots, zero-day vulnerabilities and web attacks, detecting and blocking malicious requests in real-time.

Alibaba Cloud CDN doesn’t have the kind of built-in image and video tools that you’ll see with Akamai’s CDN, either, but again, that’s because it has separate specialist products covering these areas. From live streaming and video on demand to comprehensive media transcoding, there are platforms here for even the most demanding users.

A highly configurable CDN, with powerful add-on services to cover all your security, network and media-handling needs. Well worth a look for experts or anyone with complex needs, especially if they’ve customers in China or Southeast Asia.