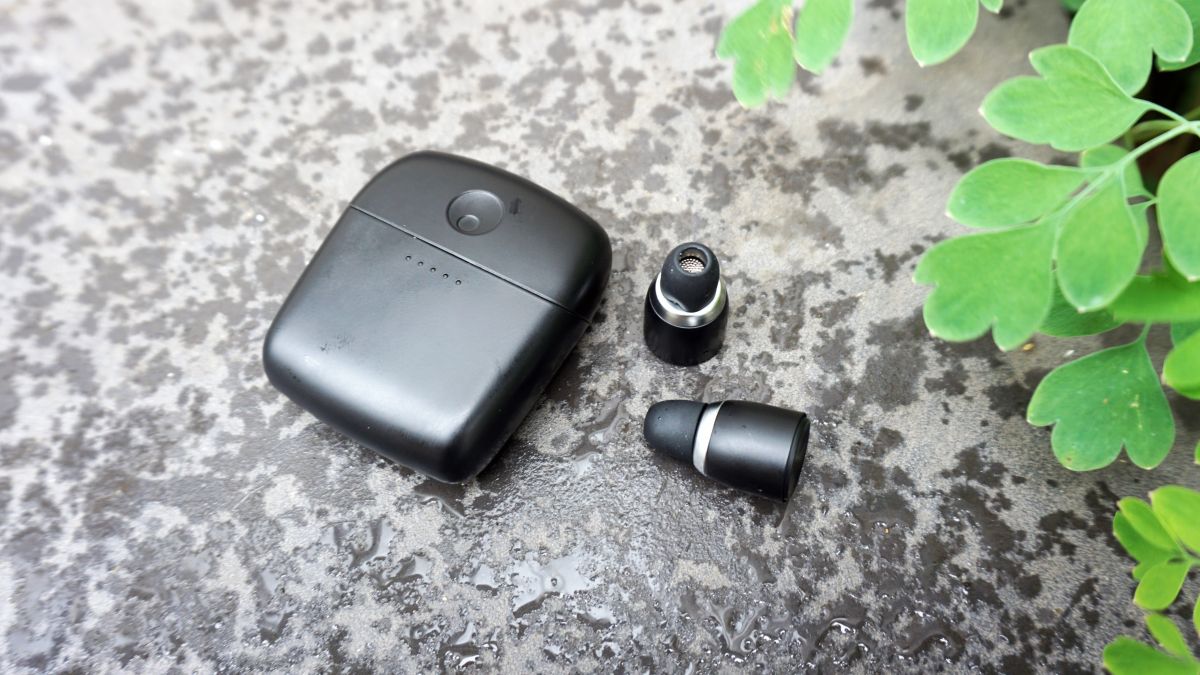 The Cambridge Audio Melomania 1 earbuds boast an outstanding 45 hours of battery life, top value for money and fantastic audio quality. Of course, this is no huge surprise considering that Cambridge Audio is known for its high-end audio equipment. But until now, the brand hasn’t ventured into the world of true wireless earbuds.

As great as these new earbuds from Cambridge Audio are, the big question is: are they truly better than the Apple AirPods (2019) or our current favorites, the Sony WF-1000XM3 Wireless Earbuds? We spent some with the compact wireless earbuds to find out.

[Update: We’ve spent some time getting to know the latest Cambridge Audio wireless earbuds. The Cambridge Audio Melomania Touch come with a 50-hour battery life, upgraded audio, and a new app to boot – and so far, we’re impressed. Stay tuned for our full review in the next week.]

That works out at around AU$185 RRP, though they’re not available to buy in Australia (yet) and we haven’t had any official word about when they’ll be arriving.

The Cambridge Audio Melomania 1s look very sleek indeed, with a compact, bullet-like shape and slim charging case that fits easily into your pocket – or ever the waistband of your running shorts, if you’re that way inclined.

The outer housing of each bud features an attractive LED band that indicate their charging and pairing status; a design echoed in the charging case, which sports a row of five LEDS on its front.

When you flip open the lid, these LEDs switch on to reveal how much juice the charging case has left, with each LED corresponding to 20% of the total battery level. The buds themselves snap snugly into their magnetic holding place, keeping them secure until you next need to use them.

These earbuds are pretty long compared to similar models like the Samsung Galaxy Buds, which means they do stick out of your ears a little bit when you wear them. That’s not necessarily a bad thing, but it does mean they sometimes feel insecure, particularly if you’re wearing them on the move – initially, we were worried that they would fall out if we moved our head too suddenly.

Despite our reservations, they didn’t fall out once – thanks partly to switching to one of the smaller eartips included in the box. Cambridge Audio gives you a selection of rubber and memory foam tips to play around with, so you should be able to find a comfortable fit, as well as a good seal against your ear canal.

Weighing just 4.6g each, these earbuds are incredibly comfortable to wear, even for long periods of time – and feel secure enough to run with. They also come with an IPX5 water-resistance rating, which means they should be able to withstand a little sweat if you do want to use them for working out.

Pairing the Cambridge Audio Melomania 1 true wireless earbuds is super easy; simply remove the buds from their charging case and make sure Bluetooth connectivity is enabled on your device.

Both earbuds will appear separately in your Bluetooth settings – just tap on one of these to pair them. We didn’t experience any Bluetooth dropouts while using the Melomanias, and found the connectivity to be very good.

As audiophile earbuds, it’s no surprise that the Melomania 1s support Bluetooth 5.0 for a stable signal, as well as AAC and aptX codecs, which means you can listen to lossless Hi-Res Audio over a wireless connection.

The outer housing of both these wireless earbuds double up as control buttons; to turn the volume of your music up, press and hold the right button, and do the same with the left button to turn it down.

These buttons also allow you skip back and forth through your tracks, answer and reject calls, and summon your smartphone’s voice assistant, where you use Google Assistant or Siri.

If you’re the forgetful type, you’ll be pleased to know that Cambridge Audio include a credit card-sized cheat sheet that lists all the different button press functions; simply pop it in your wallet or purse and you’re good to go.

One downside of placing the buttons on the outer housing of any true wireless earbuds, is that whenever you need to push the earbuds in or adjust the fit, you run the risk of pausing your music or skipping a track by mistake. It’s a small niggle, but this can become annoying.

Battery life is simply outstanding; you get nine hours from the buds themselves, with a further 36 hours of juice contained within their charging case. That’s over double the playback time offered by the Apple AirPods – despite the latter costing a much higher $159 / £159 / AU$249 with the standard charging case, and $199 / £199 / AU$319 with the new Wireless Charging Case bundled in.

For a pair of true wireless earbuds, the sound quality offered by the Cambridge Audio Melomania 1s is sensational. In fact, it rivals some of the best over-ear headphones, which is all but unheard of for buds of this size.

Inside the compact little buds are 5.8mm drivers with diaphragms made from graphene, a material used for its “outstanding strength and flexibility,” according to Cambridge Audio, which says that these qualities give these headphones the “dynamism and response to deliver music with a clarity and presence that belies their tiny size and near-imperceptible weight”.

Clarity and presence are the keywords there, qualities the Melomania 1s deliver in spades. Listening to Debussy’s Arabesque No. 1 displayed a level of precision that we haven’t heard from true wireless earbuds before. Complex descending piano arpeggios were conveyed with dexterity and nimbleness, while deep bass notes loomed warmly in the background.

Bjork’s Venus as a Boy was similarly impressive; these earbuds had no problem navigating the sultry bass riffs and jangling percussion, and they snapped and crashed around Bjork’s enigmatic vocal.

As the track progressed and dreamy string flourishes started to sweep about the mix, that wide soundstage seemed to extend even further, resulting in a stunning, open sound.

While the Melomania’s handle Venus As A Boy’s light, textured sound world with aplomb they also excelled in conveying the depth and richness of Joga’s vast sonic landscapes, as digital textures swept through the lush strings and vocals.

To see how these wireless earbuds handle bass frequencies, we tried the song Win Is Enough by The Last Artful, Dodgr. Deep synth accents bloomed up from the depths of the mix, as cardioid kick drums thump below. They don’t overpower the other frequencies, while the vocals remain clear and detailed even as echoing keys reverberate.

If you’re looking for a pair of audiophile true wireless earbuds, you can’t go wrong with the Cambridge Audio Melomania 1s. They look great, feel comfortable, and the sound quality on offer is fantastic.

They may not have the noise cancellation technology offered by the Sony WF-1000XM3 Wireless Earbuds, but they are $100 (around £80) cheaper – and have a superior battery life.

They certainly outperform the Apple AirPods, in all respects apart from the lack of wireless charging case. This is a small price to pay for that exceptional audio quality, though, and we think they represent much better value for money, too.