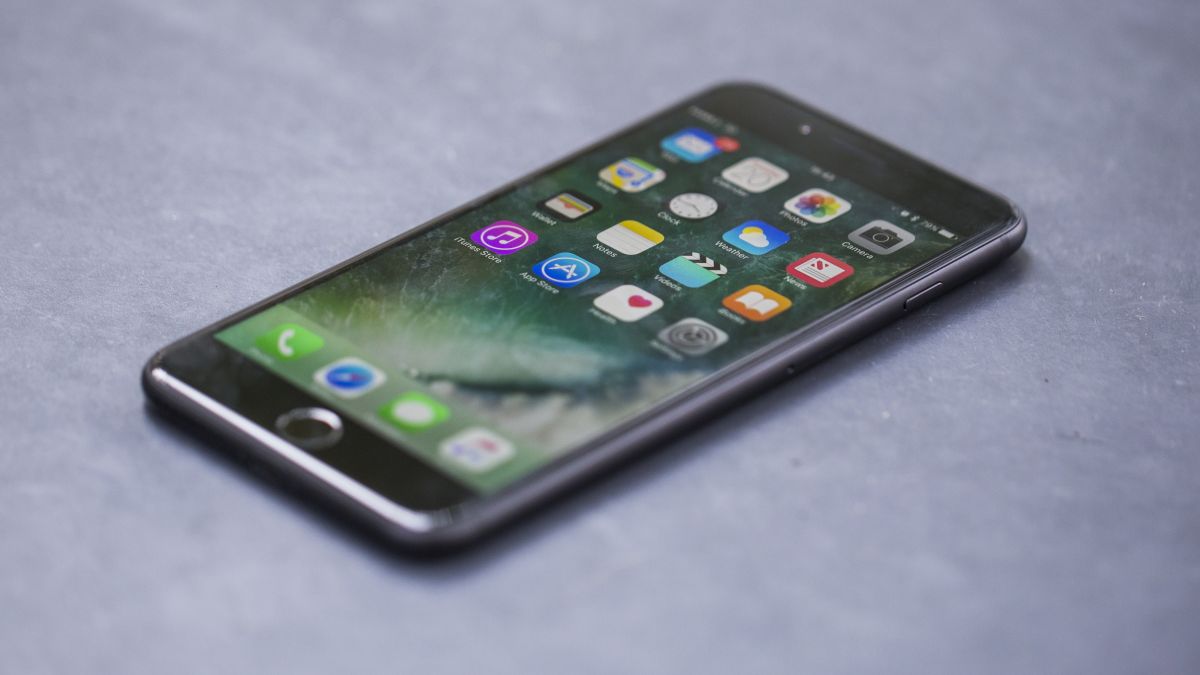 The iPhone 7 Plus is now the cheapest large-screen iPhone that Apple still sells, so it remains a popular choice despite being replaced twice-over by the iPhone 8 Plus and then the even bigger display of the modern Apple flagships, culminating in the latest iPhone 12 Max.

Moreover, it’s updated with all the perks of iOS 14, including widgets, Dark Mode, and a host of app upgrades, giving it all the software in the priciest flagship iPhones.

Even though its traditional iPhone design won’t wow you in 2020, the 7 Plus did bring about a new Touch ID home button pad with no moving parts and a water-resistant design that will give you peace of mind. It’s less breakable and previous iPhones.

It’s also been heavily discounted since it launched, making the iPhone 7 Plus one of the most affordable Apple phones to run the latest iOS 14. It’s even cheaper during the Black Friday season, so check our best Black Friday iPhone deals page for more.

But it’s missing something significant: a 3.5mm headphone jack. The iPhone 7 series was the first without this standard way of plugging in headphones. Apple AirPods did come along to help alleviate this problem, at least to some degree.

Why do we recommend the iPhone 7 Plus over the standard iPhone 7? Two reasons other than the bigger screen size: improved battery life and an innovative camera.

Battery is always going to be better on a bigger phone, given the larger capacity, but the camera was a surprise at launch. Apple added a dual-lens camera, a conscious effort to make the iPhone 7 Plus a distinctly different choice.

The 7 Plus is the better of the two 2016 iPhones, even if it hasn’t moved in leaps and bounds from the overall iPhone 6S Plus look, and it’s cheaper than the iPhone XR if you’re on a budget. Make sure to compare prices with the new iPhone SE 2020, which is physically identical but has a far more current chipset (and thus will get iOS updates for years longer).

iPhone 7 Plus price and availability

The iPhone 7 Plus is still widely available from Apple directly and from major retailers and carriers around the world.

It’s easy to tell the iPhone 7 Plus apart from its predecessors, as it’s the only iPhone to sport two cameras on its rear.

Aside from the bulkier camera block, lack of a headphone port (more on that in a minute) and a couple of new colors though, Apple’s stuck with exactly the same design that’s served it well for its previous two iPhone iterations.

If you’ve owned, or are familiar with, the iPhone 6 Plus or 6S Plus then you’ll know exactly what the iPhone 7 Plus looks like.

The rounded corners, aluminum frame and minimalist styling means the iPhone 7 Plus retains its premium status, and with the introduction of new black and ‘jet black’ colors, fans have two new ways to show their dark side.

More recently, Apple introduced a special edition red version of the iPhone 7 Plus (and iPhone 7) in partnership with the Global Fund to support HIV/AIDS programs and help deliver an AIDS-free generation – though only the black, silver, gold and rose gold shades are still sold direct from Apple.

We’ve used the red version of the iPhone 7 Plus now and found most people who have seen it like the look of the phone, but no-one we’ve spoken to has been thrilled enough to jump out of their seats to buy the phone in red immediately.

If you’re curious about the shiny jet black finish, check out our iPhone 7 review, but if you’re interested in the standard black color then stay right here.

We’re fans of this matte black finish, as it gives the iPhone 7 Plus an understated yet elegant look – basically the polar opposite to the gaudy rose gold that’s also an option here.

Moving on to the lack of a headphone jack, it’s a decision Apple has described as “courageous”, but while it’s a positive step forward for the mobile industry, the short-term effects are the ones that are making the most noise for now.

Apple does include an adapter in the iPhone 7 Plus box, allowing you to plug in your standard 3.5mm headphone connection – but it’s not a particularly appealing compromise. It also includes a set of lightning-connected EarPods, so you can avoid the adapter if you don’t mind Apple’s creations – but immediately there’s a problem.

If you’re someone who tends to find themselves charging their iPhone while also listening to music via a pair of wired headphones, that’s a no-go with the iPhone 7 Plus. It’s one or the other – unless you use an adaptor that’s rather unattractive, and which you’ll have to purchase separately.

The easy way around this is to invest in a set of wireless headphones – Apple’s own AirPods are available for $159 (£159, AU$229) – but any Bluetooth set will work with the handset if you want to spend less.

It’s far from a crisis at Apple, but the inconvenience is real – and it’s one we experienced during our review – although it’s one that can be easily overcome if you’re willing to compromise a little.

A new feature that’s much less controversial is the IP67 rating for the iPhone 7 Plus, meaning it’s both dust-proof and water-resistant.

It’ll be able to survive an accidental slip into the bath, or a quick email bashed out in the shower, with the official test showing it’s good for a half-hour dip at a depth of up to one meter in freshwater.

It’s worth noting that it’s not fully waterproof though, and frequent exposure to water may well spell trouble – but the iPhone is now more capable than ever of surviving life’s little accidents.

Measuring 158.2 x 77.9 x 7.3mm, the 7 Plus is exactly the same size as the 6S Plus it’s replacing, although it has dropped slightly in weight, from 192g to 188g. For users looking to upgrade from the now two-year-old 6 Plus, the 7 Plus is slightly thicker, and still a little heavier than your current device.

You’re unlikely to notice the difference in the hand though, as it’ll still stretch your one-handed dexterity to the max, especially when it comes to hitting the back button in the top-left corner.

Apple’s ‘reachability’ feature, while sees the top of the screen jump down to halfway with a double-tap of the home key, is still in play here, which helps alleviate the sheer height of the handset dictated by the Cupertino firm’s now-iconic chunky bezels.

Bringing all this together, Apple has another well-styled iPhone on its hands, and while it hasn’t broken any new ground in terms of looks, this is the most robust and refined handset we’d seen from the firm at the time, though numerous handsets from Apple and others have since improved upon it.