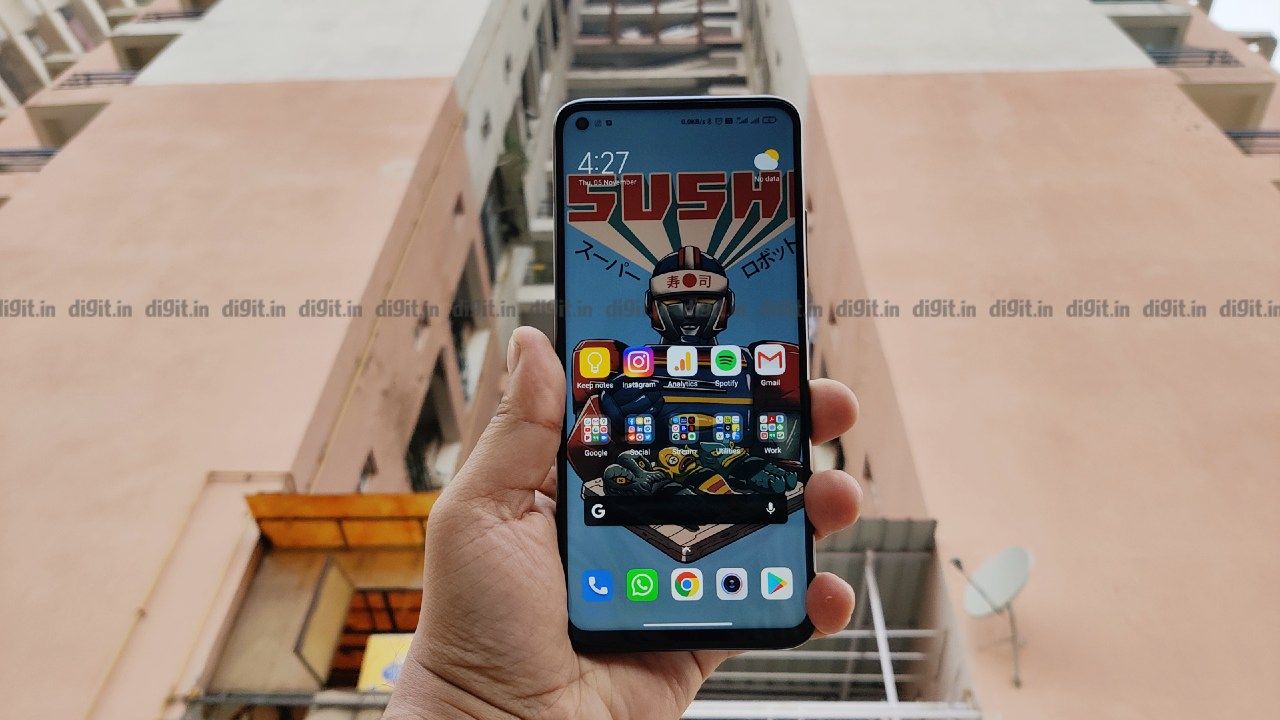 The camera is one big area that needs a lot of improvement, and without the tiny chinks in the software, the Mi 10T Pro’s usage experience is smooth and hassle-free. It’s certainly a smartphone I enjoyed using, and if you accept its weaknesses and look past them, the Mi 10T Pro is fast, snappy and comes with one of the best displays at this price.

The Mi 10T and the Mi 10T Pro, doesn’t succeed the Mi 10 as such. Instead, Xiaomi hopes that if the choice is between a high refresh rate display and a cutting-edge camera, users don’t have to look too far or go too deep into their wallet. The Mi 10T Pro combines the 108MP camera with a 144Hz refresh rate display, hoping it is exactly what the doctor ordered in the high-end segment. It’s not particularly better than the Mi 10, but like the OnePlus 8T, it seeks to refine and polish.

Speaking of which, 2020 saw the high-end segment become truly democratised. OnePlus was running the show so far, till the likes of Xiaomi, Realme, Vivo, Oppo and even Apple and Samsung arrived to shake things up. With so many options to spare, what is it that the Mi 10T Pro can offer that others don’t? Let’s find out — 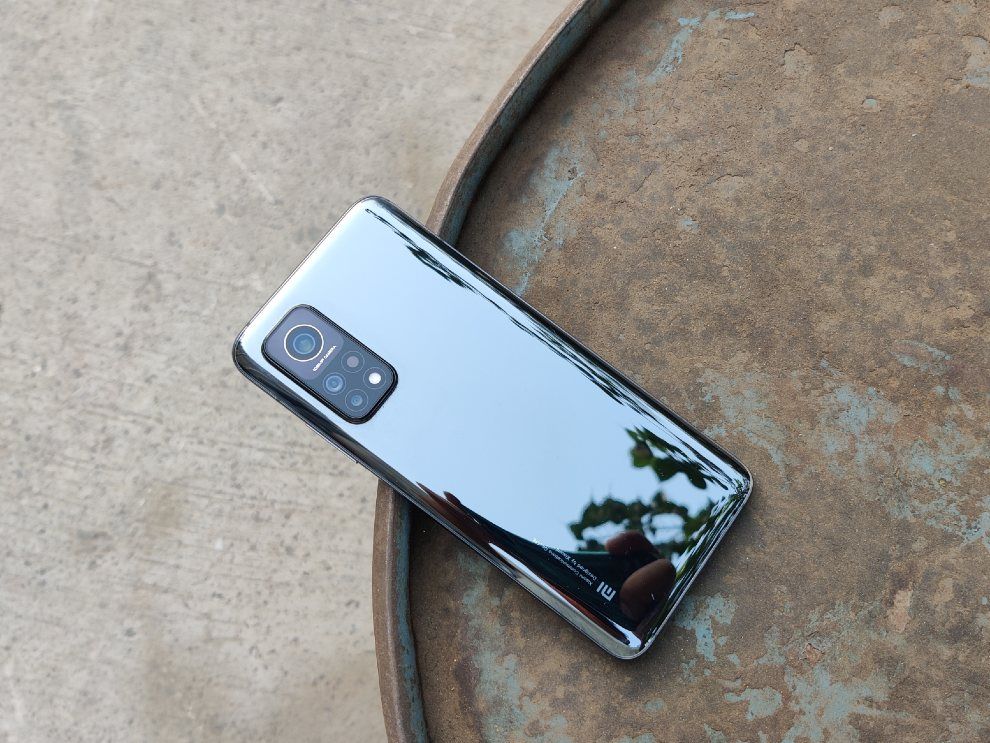 The Mi 10T Pro runs on the Snapdragon 865 coupled with 8GB LPDDR5 RAM and 256GB UFS 3.1 storage. The core hardware alone, is right up there with all other high-end smartphones at this price. At Rs 39,999 the Mi 10T Pro is a lot more affordable than the OnePlus 8T, and the 144Hz display might just tilt the overall performance gains towards itself. 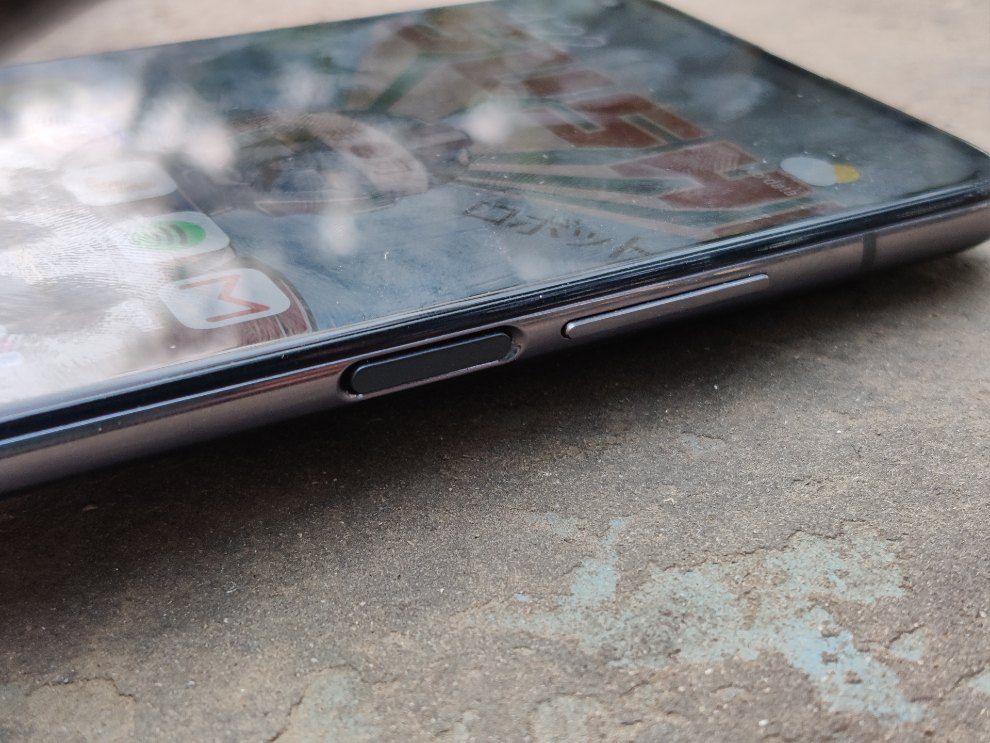 I switched out the OnePlus 8T to the Mi 10T Pro as my dai6⁷ly driver a week back with practically no loss in speed. In fact, the 144Hz display feels far more responsive and fluid, and the UI animations are tuned to take the best advantage of the technology. The phone unlocks using a side-mounted fingerprint sensor that is instantly responsive, but can’t just touch the surface to unlock it. It needs to be pressed. It’s a neat touch, there to prevent accidental unlocks. There’s almost no delay in launching first party apps like the camera, and even heavy third party apps like Adobe Lightroom, Call of Duty Mobile, and Google Earth, all of which launch in an instant. 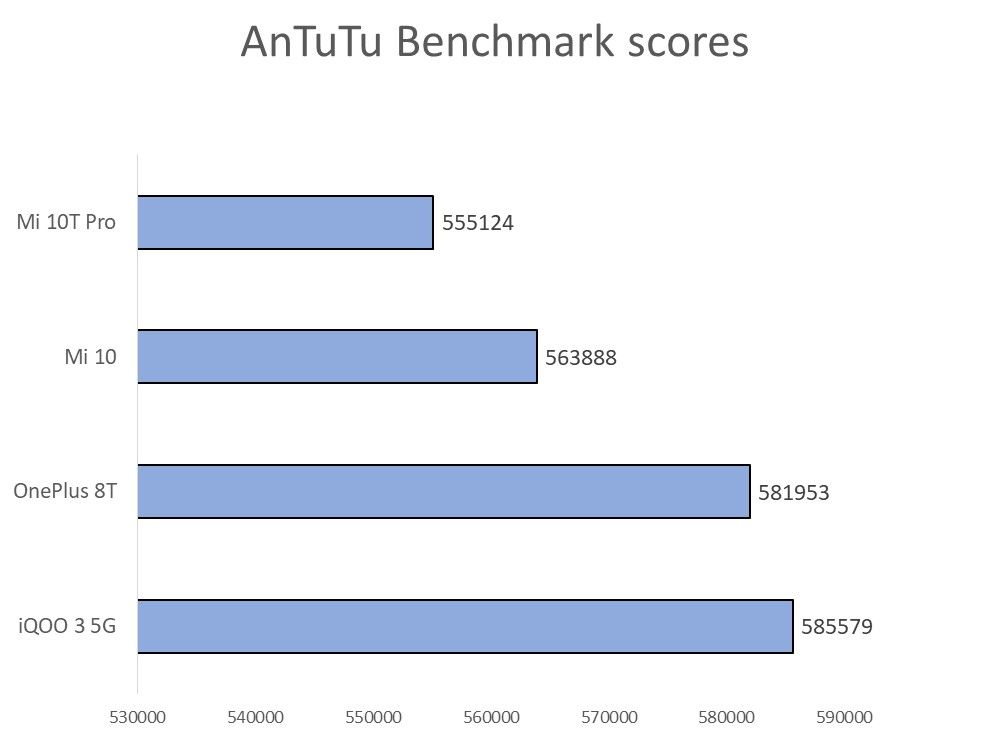 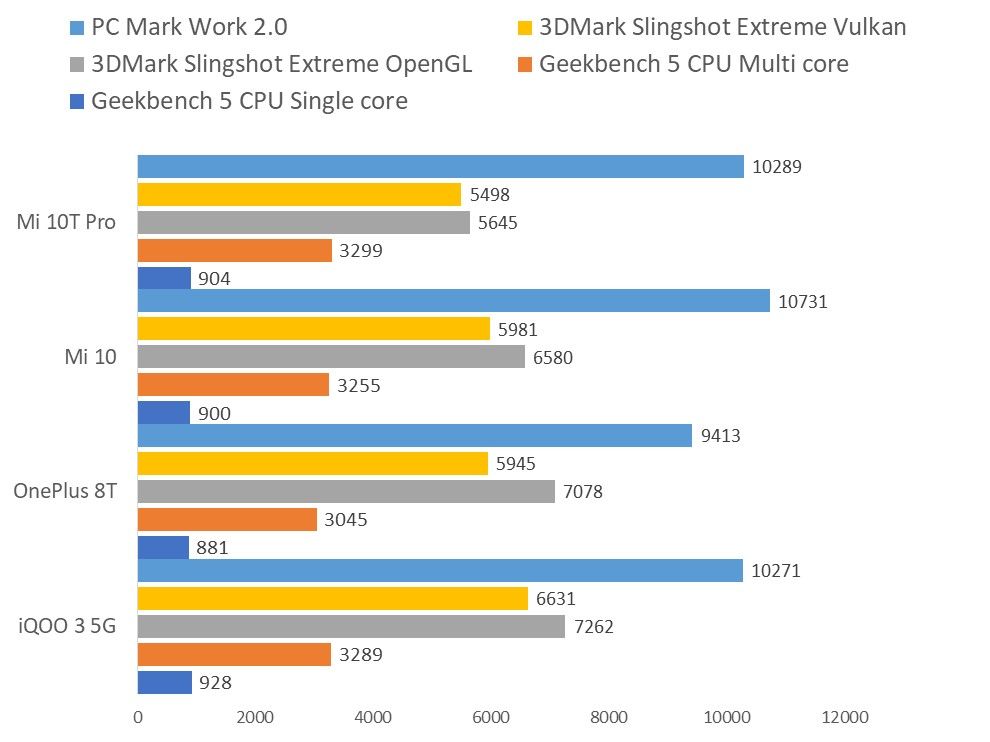 The benchmark scores peg the Mi 10T Pro to be at par with other Snapdragon 865 flagships. It scores high on AnTuTu primarily because of using the latest RAM and storage modules. It also maintains an impressive lead in 3DMark GPU tests and on PCMark Work 2.0 which measures real-world performance.

The Mi 10T Pro’s large display and the hefty body makes for a great gaming experience. Holding the phone in landscape orientation to play a few rounds of Call of Duty: Mobile, the grip felt a lot like the Asus ROG Phone 3. Of course, without the pressure sensitive Air Triggers. But then, the display’s touch response times are good enough for quick headshots with a sniper rifle. There’s also plenty of space to aim and move, and the flat surface actually lets you utilise the entire area of the display for gaming. 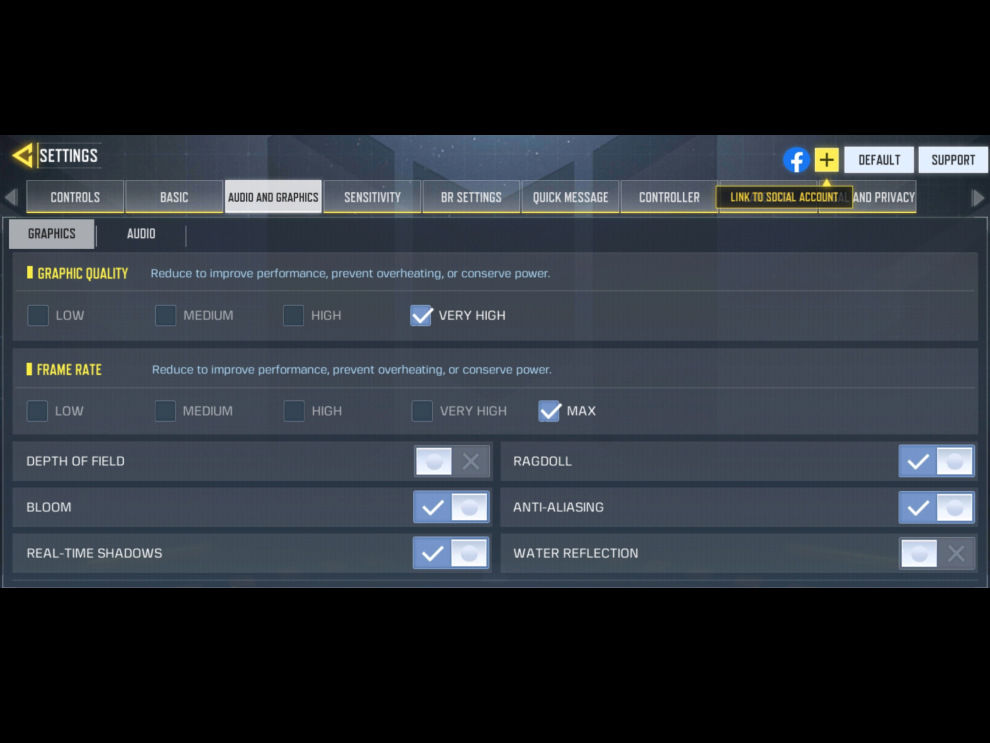 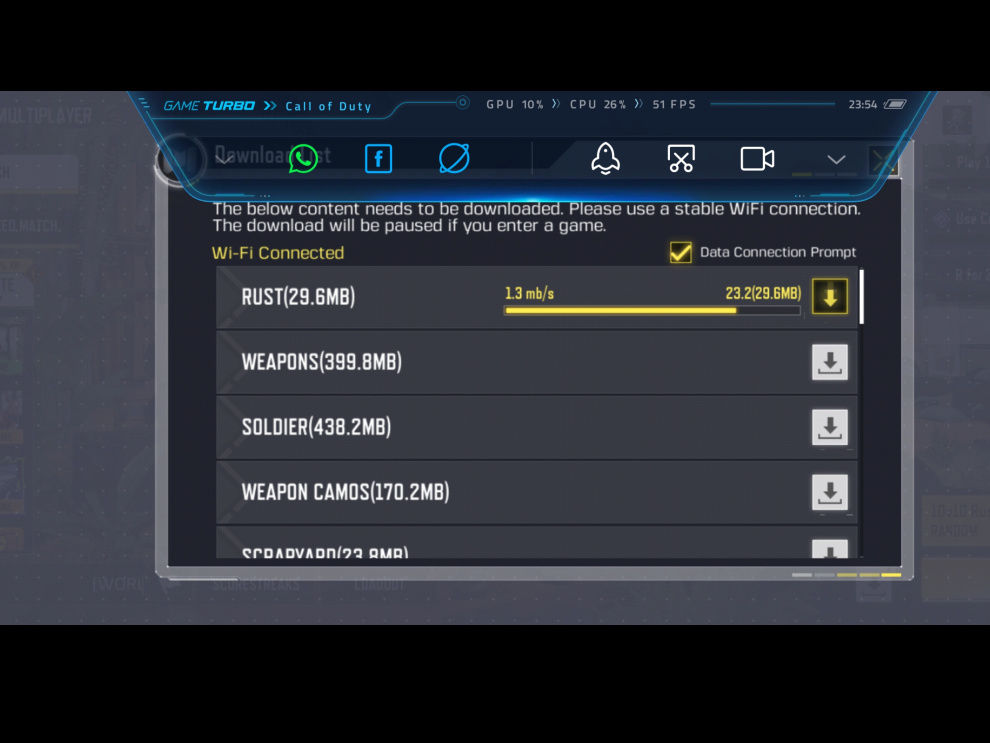 I clocked a 15 minute session of Call of Duty: Mobile using GameBench, and the Mi 10T Pro easily hit the 60 FPS mark with all graphics settings maxed out, with 100% stability. No complaints there, although the phone did get quite warm after a few more rounds. 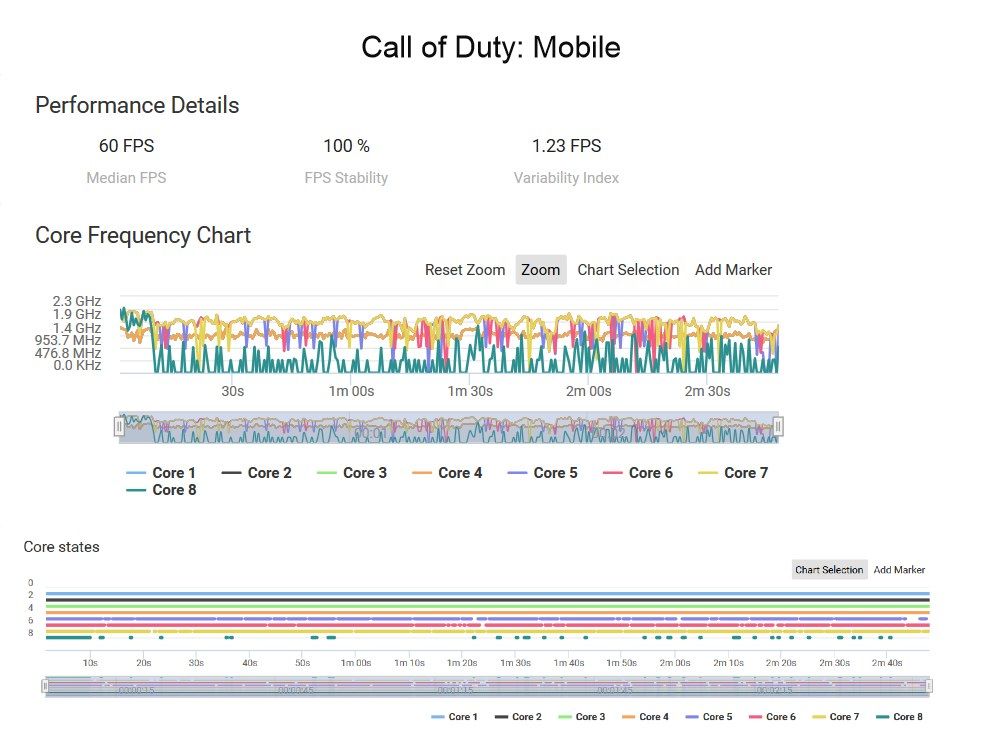 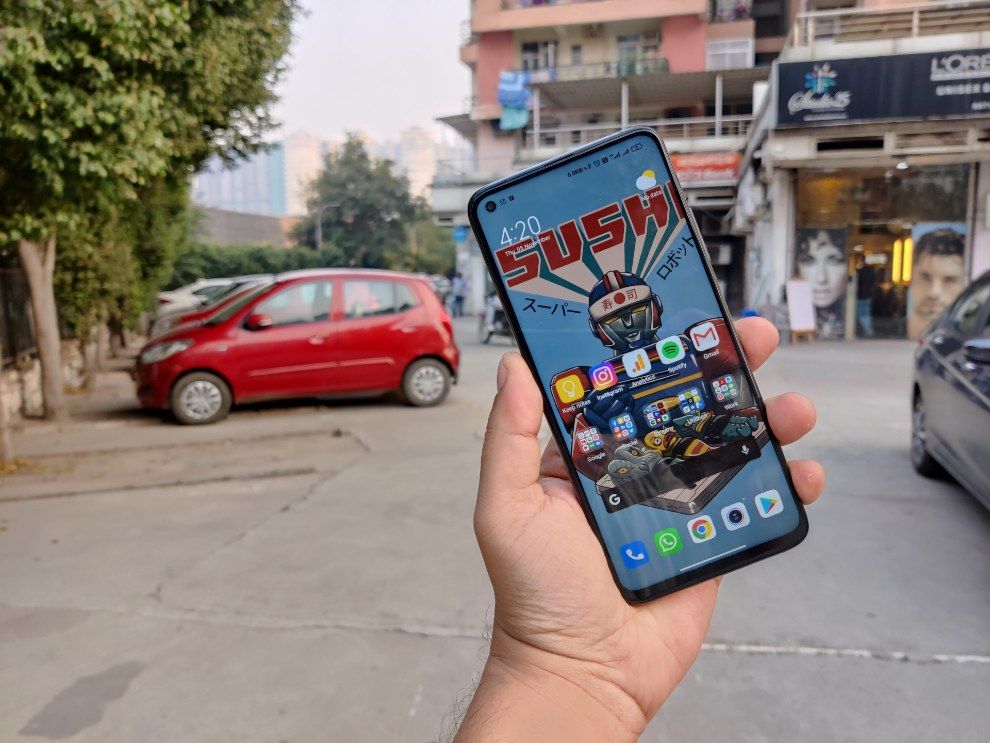 The Mi 10T Pro runs on MIUI 12, and it’s a big leap forward from MIUI 11. It’s still based on Android 10 though, but Xiaomi has never really followed Google’s update pattern. MIUI 12 comes with some intuitive, useful features, fluid animations and interactive live wallpapers. But it’s still a work in progress. Things like the system-wide dark mode tends to invert colours in apps like Google Meet, Instagram and even on the Google Discover app.

MIUI 12 also made me more responsive to messages and other notifications. WhatsApp, Instagram notifications can be pulled down into a mini floating window. Type what you have to and just swipe up to get back to what you were doing. This led to much less interruption while watching episodes on Netflix, and should be a default feature on all Android phones going forward.

Xiaomi also didn’t have to look far for the inspiration for the Control Panel. It’s lifted straight off iOS and I found it just as annoying as I do on iPhones. Being a left handed person, I kept pulling down the Control Center when I just wanted to copy an OTP from the notification bar. It always took more than two tries! 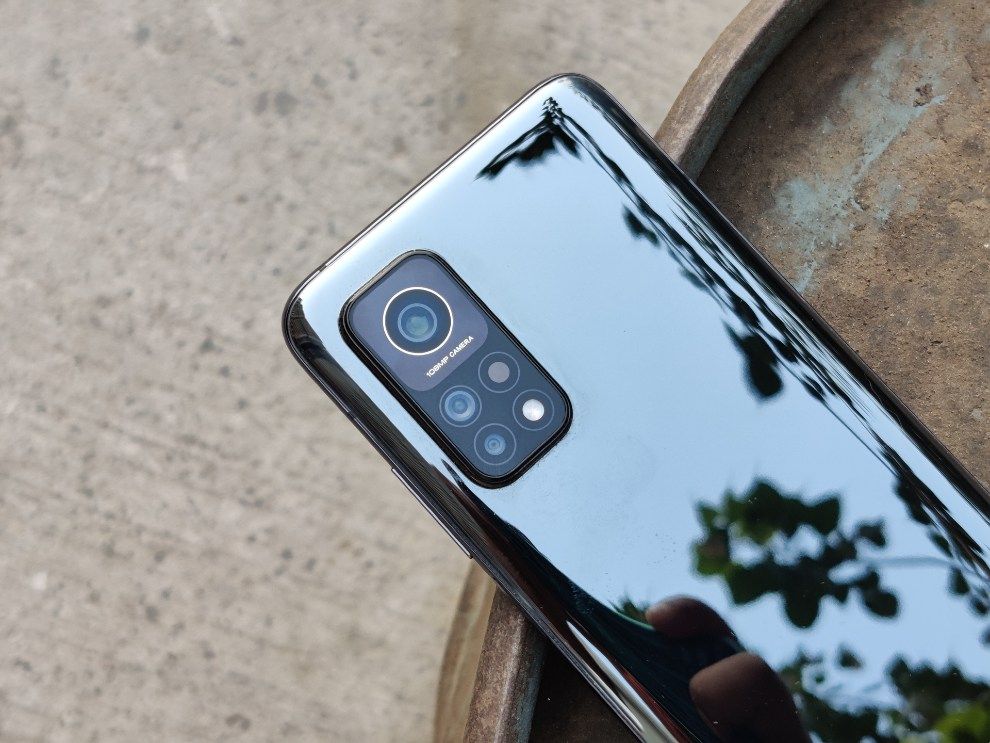 With the right amount of light, the primary camera takes images are rich in detail and sharp, and the dynamic range is also wide enough.  And that’s pretty much expected from a smartphone that’s priced Rs 40,000. But a slight dip in the light (say around dusk), the details drastically go down. The darker areas are soft on details, and there’s visible noise when you zoom in to the shot. Things like dense foliage are blurred out and building walls are marked with noise. 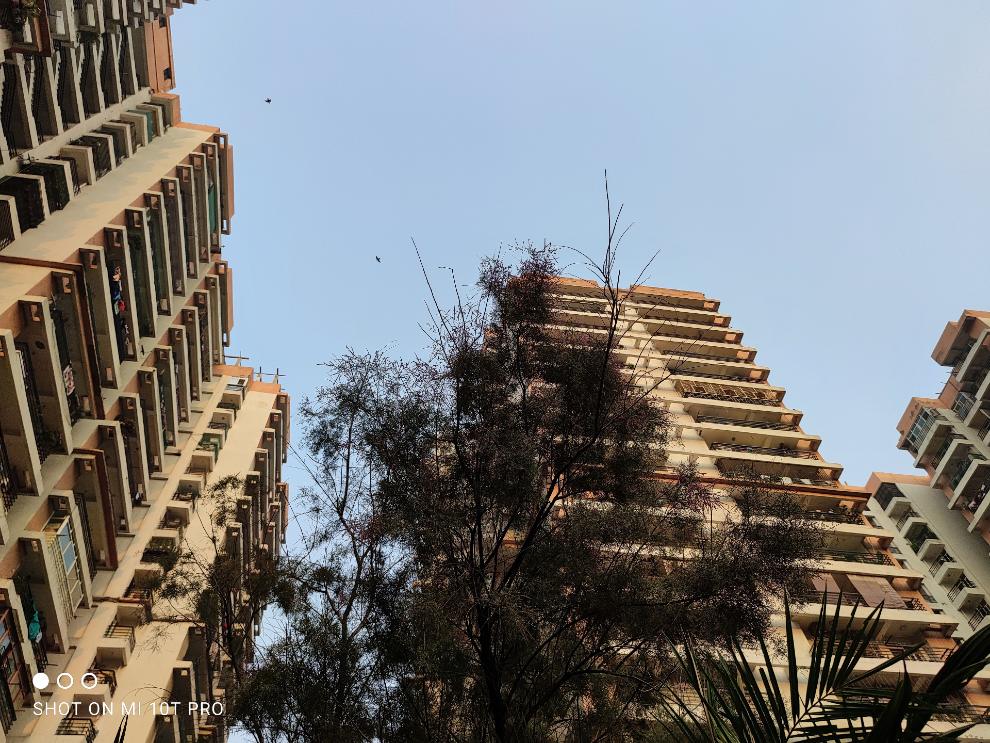 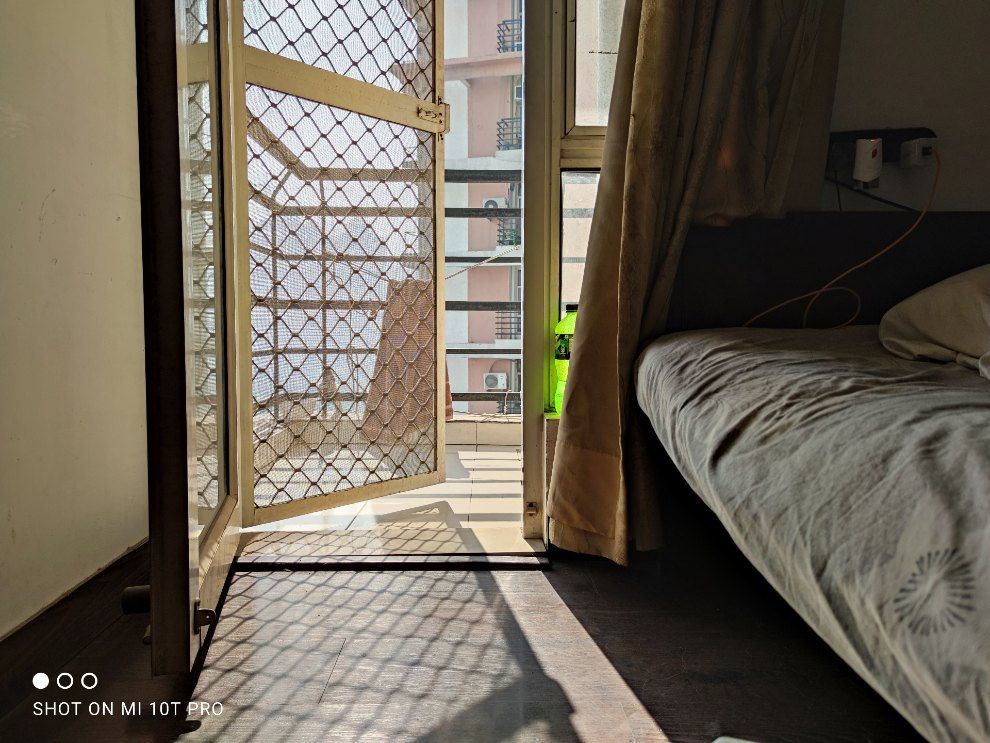 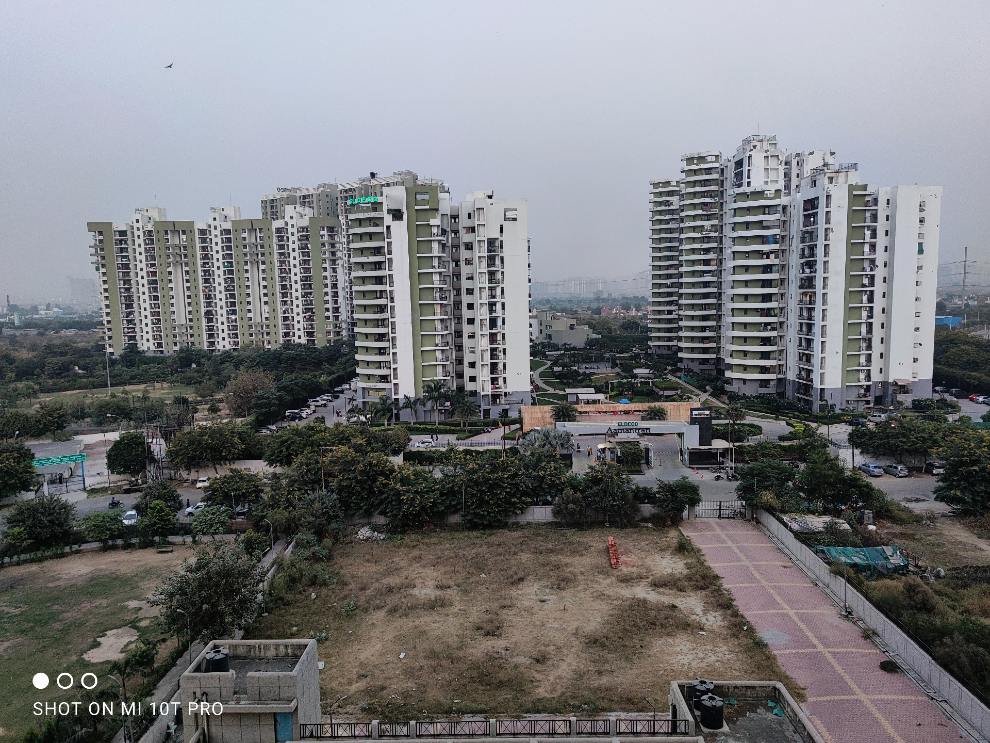 The camera also suffers from a shallow depth of field when taking close-ups, and that’s an inherent issue with all large-sized sensors on smartphones these days. There’s also a good amount of waiting time after clicking a shot indoors or in tricky light, with the AI mode turned on. The phone asks you to hold it steady for a few seconds, and any movement in the frame during that time results in a blurred shot. This made photographing my pet dog quite difficult, but I’m pleased with at least some of the shots. 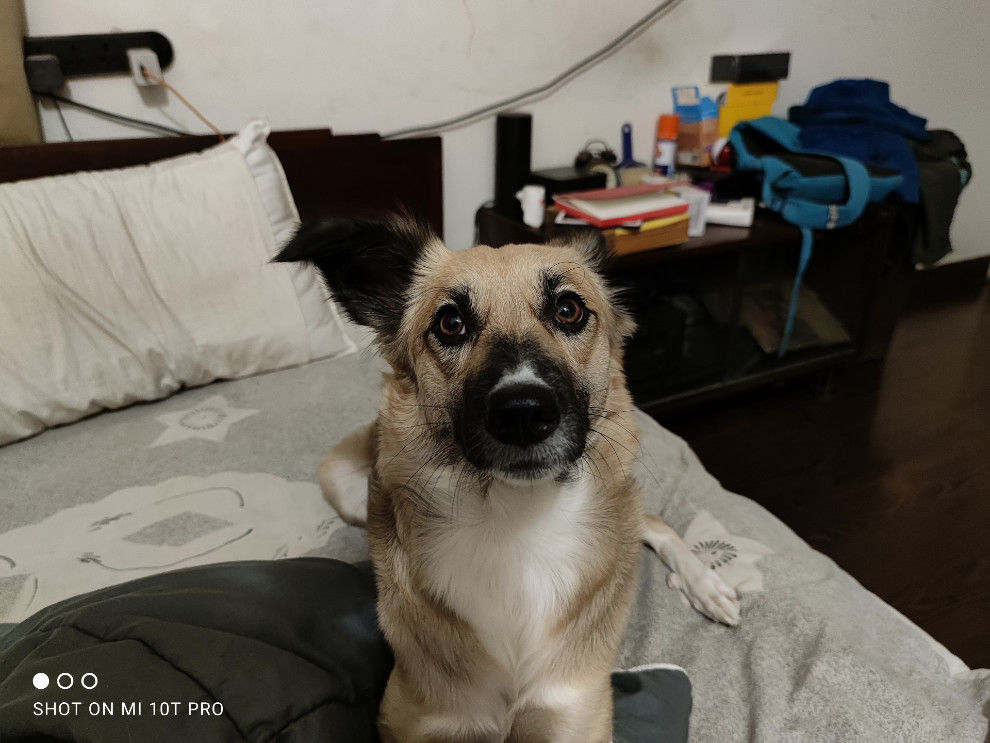 In lowlight, the Mi 10T Pro relies on a dedicated night mode that works only with the primary camera. The large sensor size and the f/1.7 aperture allows for a lot of light to fall into the sensor, and the Night Mode algorithm does a good job in preserving sharpness and the brightness of the frame. Edges do look a little artificially processed, but that’s a case with most Night Modes these days. What’s impressive is the dynamic range this Night Mode can produce. 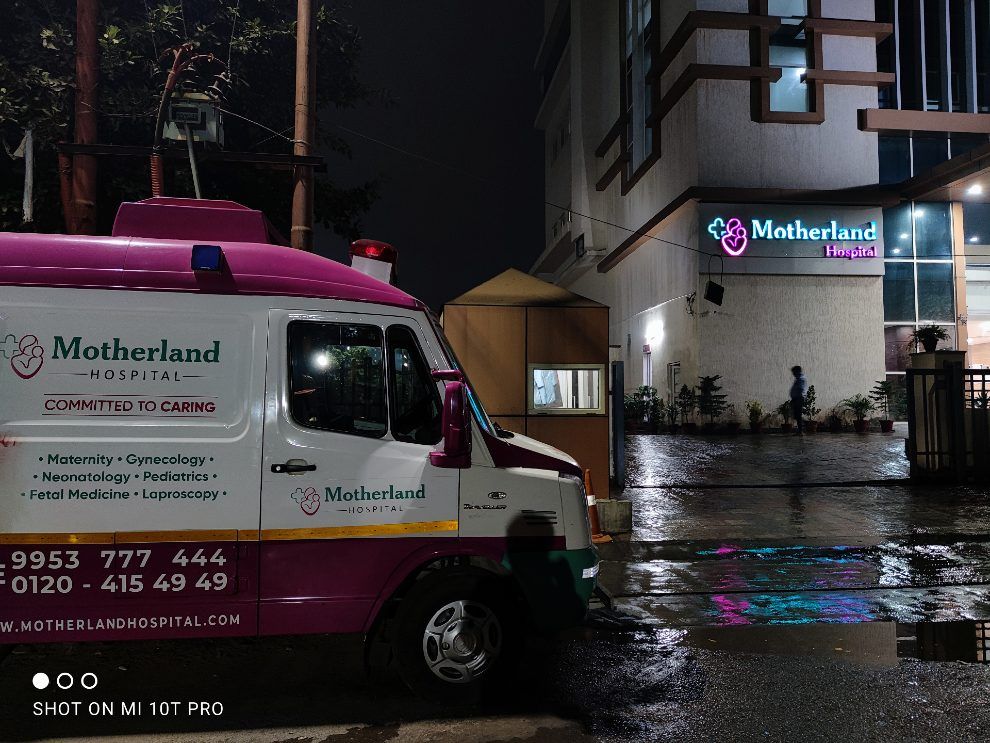 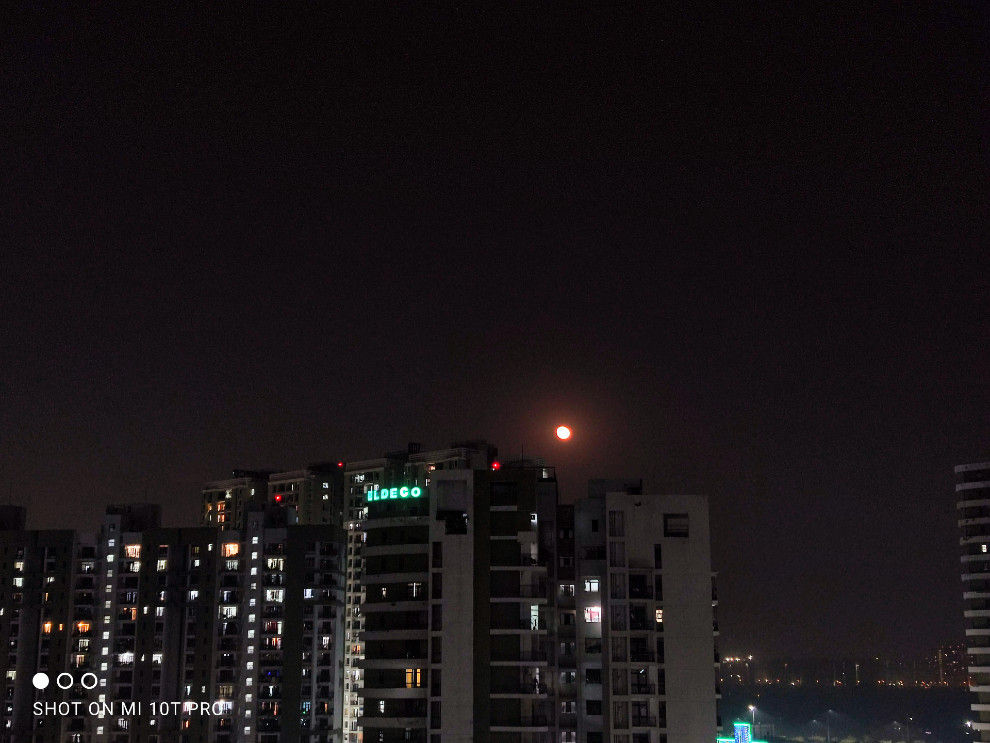 The ultrawide camera is decent when used with ample light. You do get a wide frame with minimal distortion and sharp edges. But after sunset, the camera is practically unusable. With a small f/2.4 lens, there’s not much it can do anyway, and with no night mode support, you won’t really be switching to this lens all that much at night. 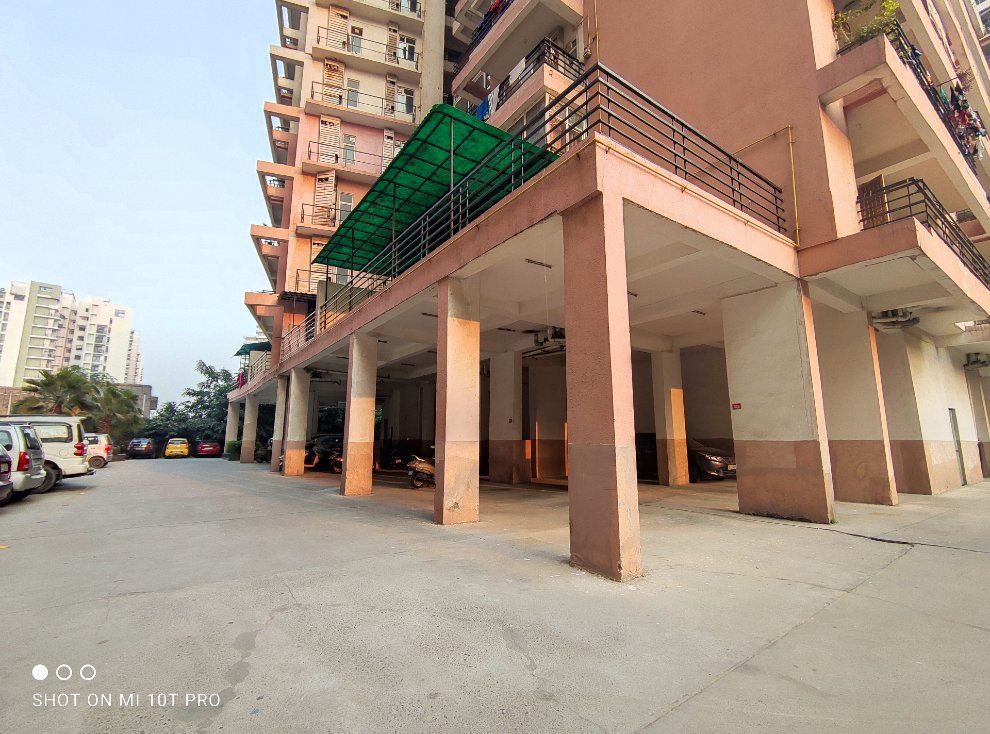 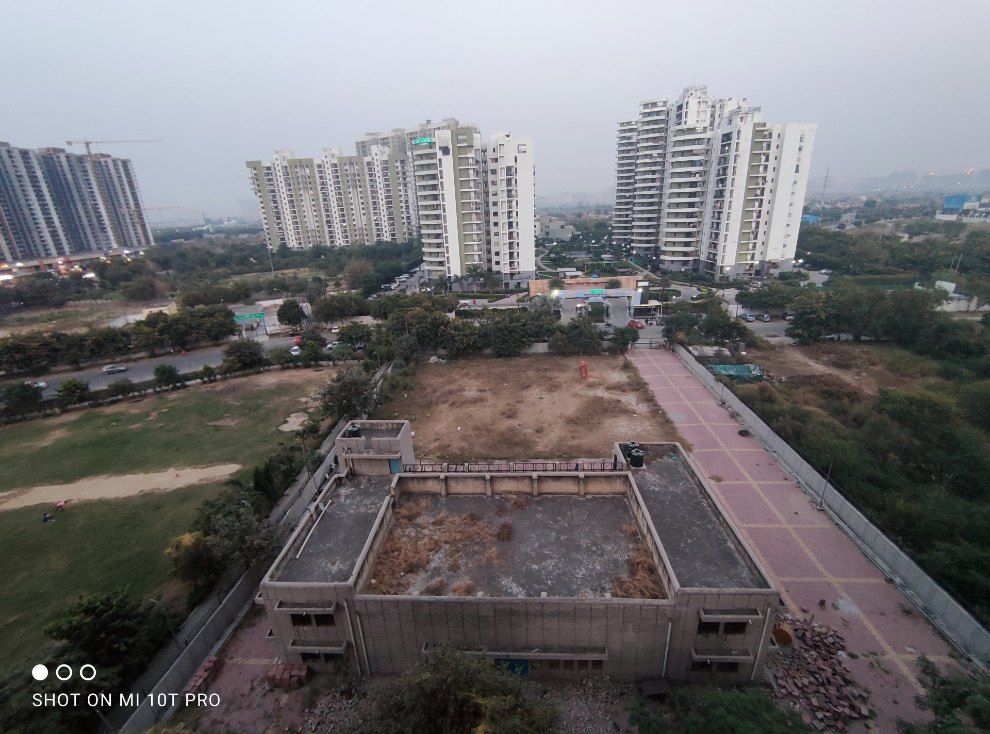 The 5MP macro camera, however, is decent enough. I’m not much of a fan of macro cameras on smartphones because their application is highly limited to the amount of light and the subject you’re photographing. But for what it’s worth, the colours are right on point on this one, which is not something we can say is valid for a lot of high-end smartphones. 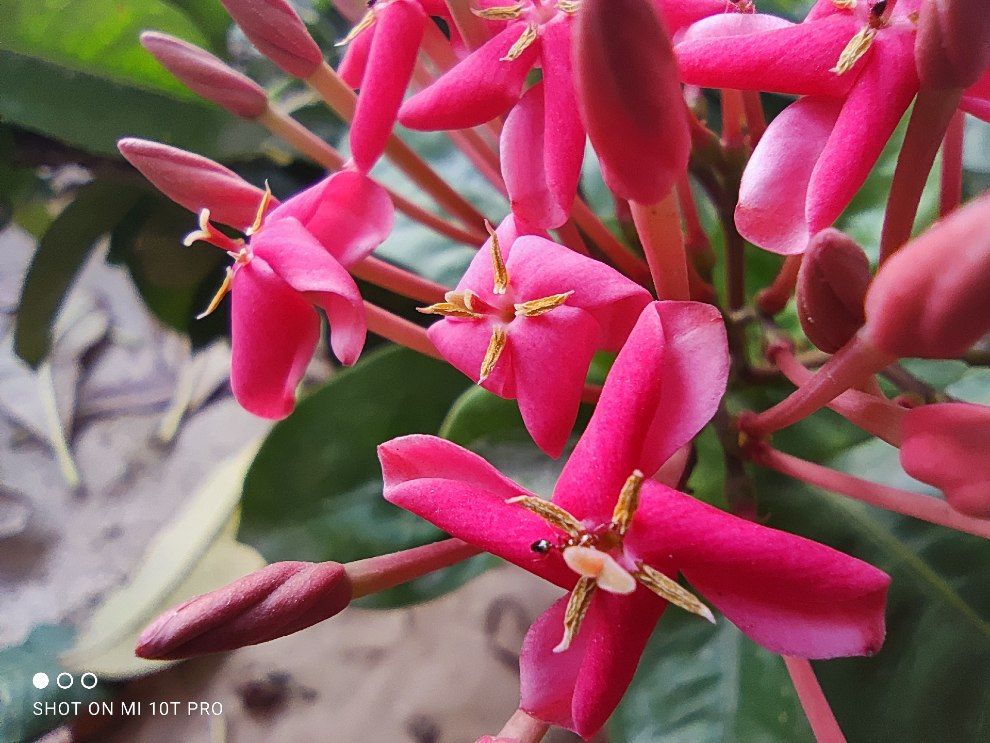 As for videos, the Mi 10T Pro outputs sharp videos that automatically shifts and tracks focus without too many misses. It still feels overly processed though, but with OIS on board, the videos are quite stable. Having said that, the Mi 10T Pro is quite heavy for video shoots. I had to struggle shooting with the phone using one hand, and that’s certainly a bummer.

The Mi 10T Pro packs a large 5,000mAh battery with 33W fast charging support. That’s enough to keep the phone running for the most part of the day, even with heavy usage and 144Hz refresh rate enabled. The smartphone gave a decent 8 hour screen-on time, when used as a daily driver, which is good enough to take you through the day without having to charge it. Watching a 30 minute episode on Netflix drained the battery by 4% while a 15 minute session of CoD: Mobile drained the battery by 5%.

The charge times felt slower after coming from the OnePlus 8T, but 33W should be good enough for most. It takes around 60 minutes to fully charge. 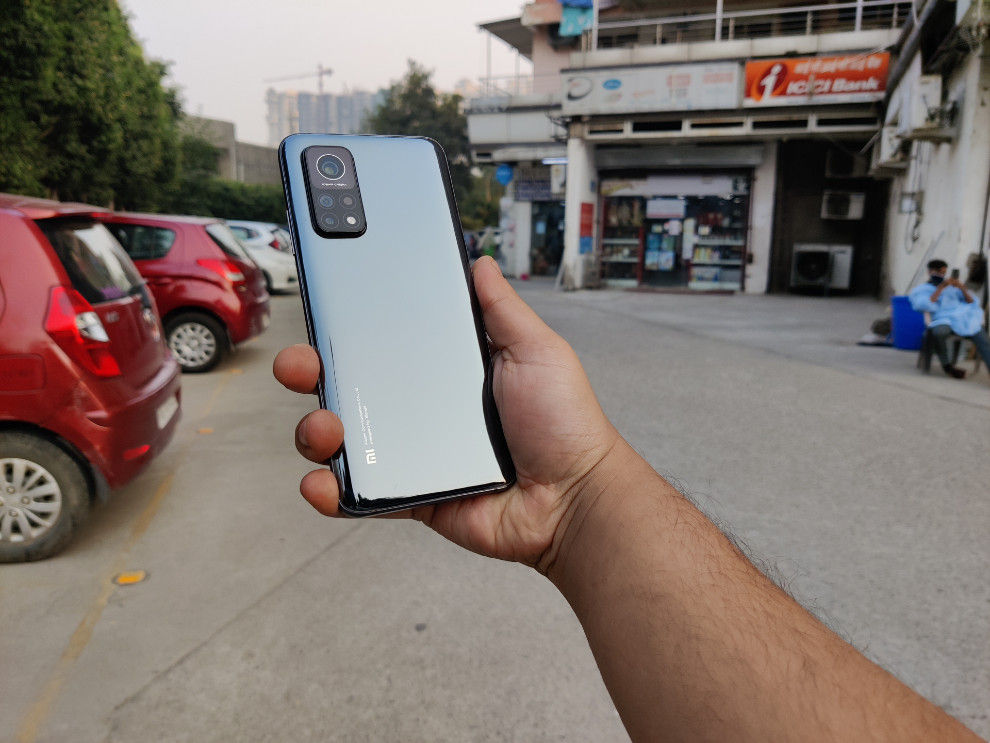 The Mi 10T Pro is also a radical change from the Mi 10, in terms of the design. While the Mi 10 had a curved display, the Mi 10T Pro sticks to a flat panel, with a side-mounted fingerprint sensor and a thick, protruding camera module. The rear glass panel is just as glossy and smudge-prone as before, and there’s a lot of heft added to the body, almost making it unwieldy in some situations. Still, the Mi 10T Pro grips well thanks to the rounded corners, and the aluminum frame feels solid. There’s no official IP-rating on this one though, and the phone wobbles on a flat surface. Honestly, I’m not much of a fan of this design, but I can see why this sturdy build and glossy finish can be considered premium and luxurious. 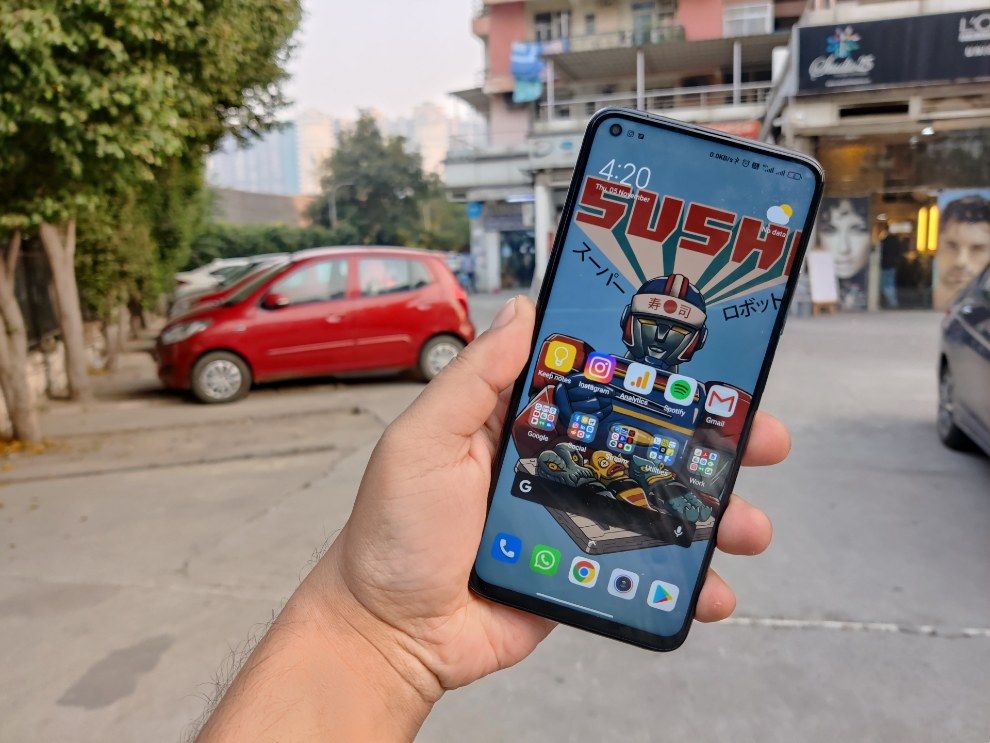 The 6.67-inch display on the Mi 10T Pro is what steals the show. Despite switching to an LCD panel to enable the higher 144Hz refresh rate, the panel has not lost any of its charm from before. In fact, it feels far more responsive, and the colours a lot more vibrant and punchier than the Mi 10. There’s also no glare and colour-shift along the edges, since this is a flat panel. And this makes it especially good for gaming, like the OnePlus 8T. There’s ample surface area to move your thumbs around, and the visuals are bright enough for competitive gaming. The refresh rate adjusts based on what you are doing on the screen, which is pretty neat and saves a lot of power, but I didn’t notice Xiaomi’s claim of MEMC technology working. I tried it with content on Netflix, YouTube and Amazon Prime, and measured frame-rates using an option from Developer Settings, but all content ran at the stipulated 24 FPS as they were shot. No upscaling that I noticed like the OnePlus 8 Pro does.

The Mi 10T Pro might just be the best buy if you have a budget of Rs 40,000. No other smartphone offers a 108MP camera, a 144Hz display and the Snapdragon 865 at that price, and that’s precisely what makes the Mi 10T Pro hard to ignore. You get tremendous value for money, even though you may not get the best flagship experience. That, unfortunately, still fetches a premium. The camera is one big area that needs a lot of improvement, and without the tiny chinks in the software, the Mi 10T Pro’s usage experience is smooth and hassle-free. It’s certainly a smartphone I enjoyed using, and if you accept its weaknesses and look past them, the Mi 10T Pro is fast, snappy and comes with one of the best displays at this price.