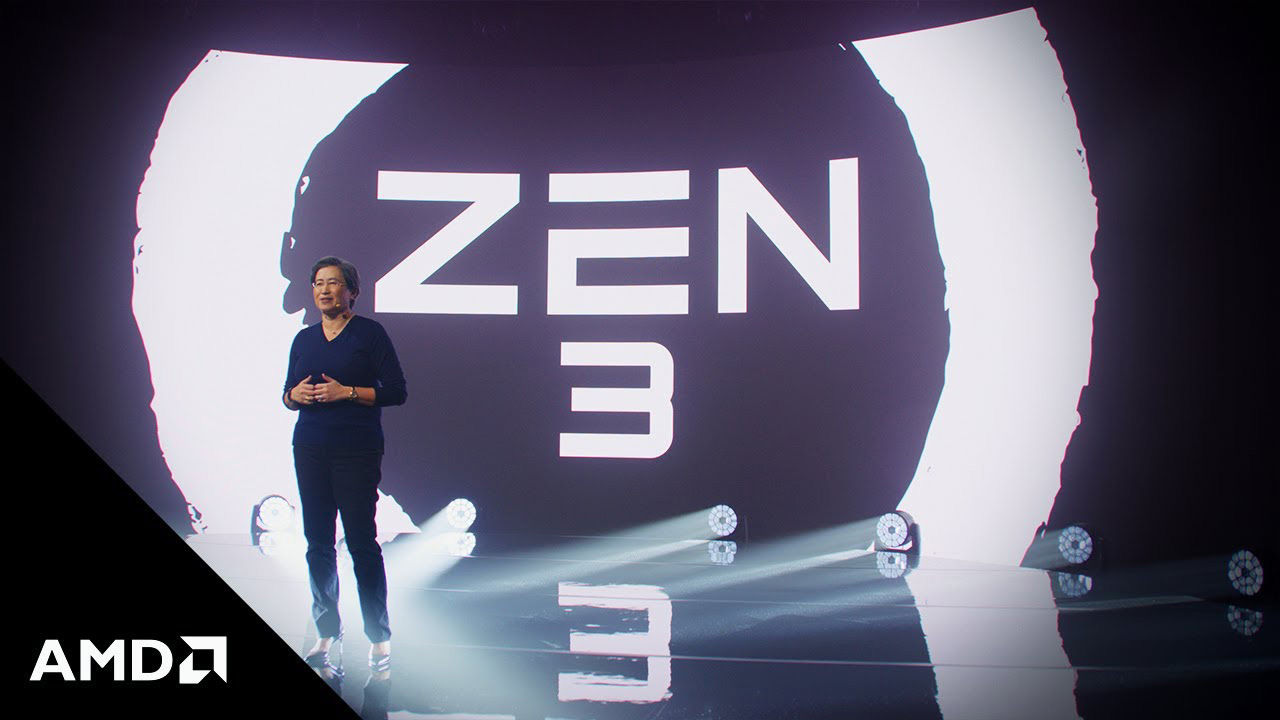 AMD announced the Ryzen 5000 series desktop processors featuring their newest Zen 3 microarchitecture with CPUs offering up to 16 cores, 32 threads and 72 MB of cache. AMD claims that they have the fastest gaming processors in the form of the Ryzen 5900X processor which offers up to 26 per cent generational increase in gaming performance over the Ryzen 3900XT in 11 popular video games. Another improvement with Zen 3 is that the CCX (CPU Complex) now comprises 8 Cores compared to Zen 2 which used 4 Core CCX within the processors. The top of the line Ryzen 9 5950X will cost $799 which is $50 more than the Zen 2 based Ryzen 9 3900XT. All AMD Ryzen 5000 processors will be compatible with the existing AMD 500 chipset based motherboards after a BIOS update. Indian pricing for the AMD Ryzen 5000 processors have not been revealed. We’ll update the story when the official prices are out. You can find the claimed improvement in gaming performance of the Ryzen 9 5900X over the Ryzen 9 3900XT via the screenshot below. 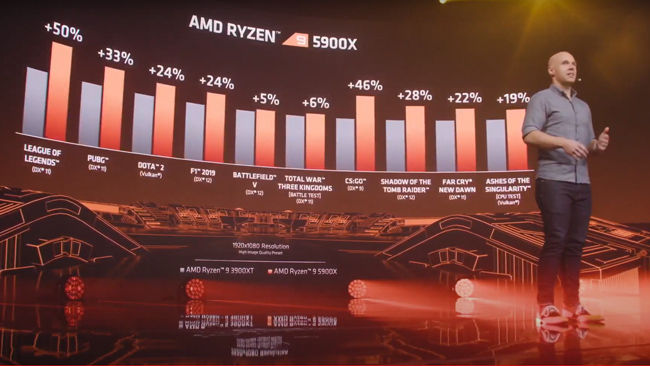 “Our commitment with each generation of our Ryzen processors has been to build the best PC processors in the world. The new AMD Ryzen 5000 Series Desktop Processors extend our leadership from IPC, power efficiency to single-core , multi-core performance and gaming ,” said Saeid Moshkelani, senior vice president and general manager, client business unit, AMD. “Today, we are extremely proud to deliver what our community and customers have come to expect from Ryzen processors – dominant multi-core and single-core performance and true gaming leadership – all within a broad ecosystem of motherboards and chipsets that are drop-in ready for AMD Ryzen 5000 Series Desktop Processors.” 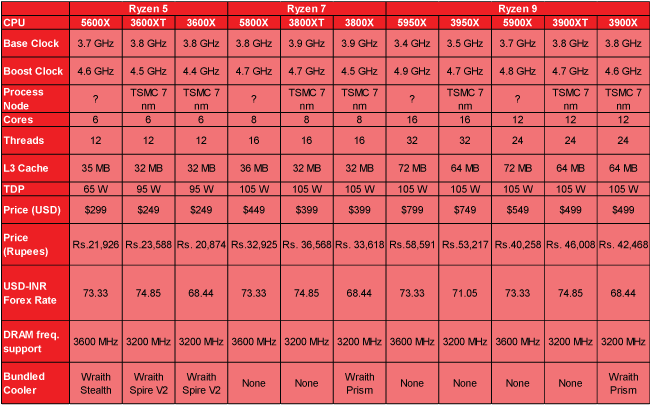 Here’s a list of all the processors announced today with their specifications:

AMD teased a few details of their next gen Radeon RX 6000 GPUs or as we’ve known it for all this time as “Big Navi”. The official reveal for the RX 6000 graphics cards is scheduled for October 28th. AMD showcased the Radeon RX 6000 paired with the Ryzen 9 5900X reportedly giving over 60 FPS at 4K resolution in Borderlands 3.