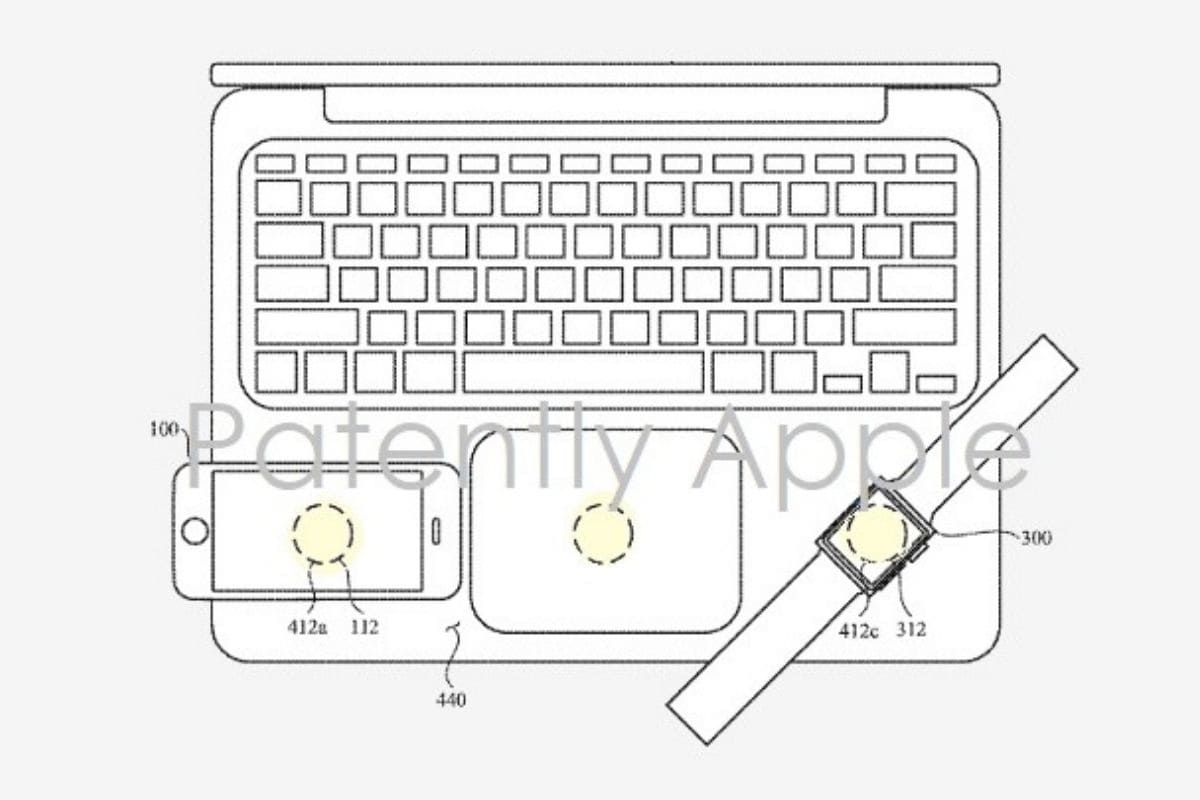 Cupertino-based giant Apple has filed two new patents that describe two-way wireless charging on its devices like the MacBook and iPad. The patent, granted to Apple on Tuesday, January 5, includes drawings that show a MacBook charging various devices including an iPhone, iPad, and Apple Watch wirelessly. Further, there are drawings showing the iPad and iPhone charging various gadgets wirelessly. According to the patent filing, a MacBook’s lid, palm rest, or trackpad could be used to charge a wireless charging compatible iOS device.

The patents, first spotted by Patently Apple, claim to fix the problem where users find themselves without enough outlets, power bricks, or any electricity at all for charging their gadgets. It states that despite having standardized connectors and cables, each device may require a separate or dedicated power supply to charge. In some cases, having separate power supplies for each device may be burdensome to use, store, and transport. Other times when this tech could be useful is if one is away from a charger and their Apple Watch or AirPods die, it’d be useful if a user is able to top them up with their iPhone. Similarly, being able to charge your phone with your laptop would be useful. More so, this technology will make more sense if Apple actually goes ahead with a port-less iPhone.

Currently, MacBooks and iPads are made of aluminum, which can not enable wireless charging, meaning Apple may have to redesign its devices to forego that limitation. An Apple MacBook or iPad filled with wireless charging coils that are able to charge multiple devices at once reminds us of Apple’s ill-fated AirPower charging dock which the company was never able to perfect in order to launch commercially. However, the company’s technology has come quite far since then, and it now has control over the processors in all of its devices.

It is not known if we will actually see a MacBook acting as a wireless charging pad for all of Apple’s devices, as a patent does not necessarily mean that the company will bring the technology to commercial markets.

Last month, another Apple patent hinted that the Cupertino-based giant may be rethinking the keyboard for its MacBook laptops. The patent spotted last month hinted that Apple may be working on a technology that will replace the keyboard area with a touch panel, where a physical keyboard can be magnetically attached. The panel, according to the past patent, acted as a wireless charging pad as well.