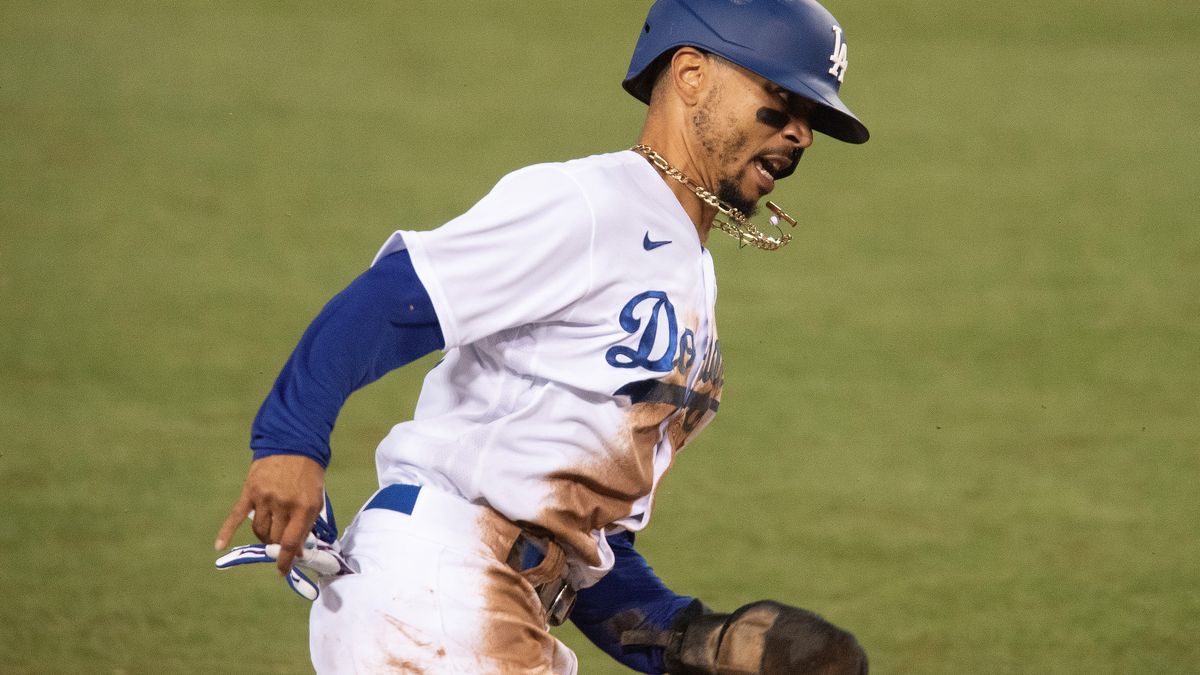 It’s been an odd start to the shortened 2020 MLB season to say the least, with multiple games already being suspended after 11 Miami Marlins players tested positive for the coronavirus over the opening weekend. However, this week’s NL vs AL West mini-series between the Dodgers and Astros is going ahead as planned. Follow our guide as we explain how to watch a Dodgers vs Astros live stream and catch all of the MLB action online from anywhere in the world.

Both teams are off to good starts to the season, with the Los Angeles Dodgers heading to Houston’s Minute Maid Park with a 2-2 record after splitting a four game series with divisional rivals the San Francisco Giants.

They lost the last two encounters over the weekend, however, and while it’s not time to panic just yet, fans might be quietly concerned by the early season performance of newly acquired superstar Mookie Betts – the outfielder having registered just three hits from 23 at-bats prior to the Dodgers vs Astros series.

Houston boasts a 3-1 record heading into this week’s action, winning three of four games against the Seattle Mariners to open the season and looking every bit like a team destined for the playoffs – and very possibly the World Series as well. However, an injury to pitcher Justin Verlander has cast a shadow over the team’s promising start, with the Houston ace potentially out for the rest of the season.

There’s plenty more drama still in store this season, though, so keeping reading as our guide explains how to watch the Dodgers vs Astros online and get a quality MLB live stream no matter where you are right now.

How to watch the Dodgers vs Astros from outside your country

If you’re in the US, then getting a Dodgers vs Astros live stream should be no problem, as both games are being televised nationally on Fox Sports 1 (Monday) and ESPN (Tuesday) – channels that are easily available via both cable TV and a number of over-the-top platforms.

Anyone out of the country might run into more difficulty, though, as geo-blocking  will stop you from watching the same services and content you normally would at home – even though you pay for them.

Fortunately, a solution exists in the form of a VPN – a handy bit of software that will let you regain access to your normal baseball live stream, no matter where you are in the world. It does this by re-routing your device’s IP address back to the location you choose – in this case, probably the US, but possibly elsewhere.

This functionality also means that VPNs are great for getting around in-market black out restrictions, making them something every MLB fan should have in their bat bag. But which one should you swing for?

ExpressVPN – get 3 months FREE with this deal
We’ve tested hundreds of Virtual Private Networks over the years and can confidently say that ExpressVPN is the #1 VPN in the world right now. It’s easy to install, a breeze to use, offers fast speeds and robust security features – and even comes with 24/7 customer support.

Compatible with nearly anything you can imagine, a single ExpressVPN subscription will let you use the software across all your devices, including Smart TVs, Fire TV Stick, PC, Mac, iPhone, Android phones, iPads, tablets, consoles, Apple TV and more.

Check out ExpressVPN for all your MLB streaming needs. You get the benefit of a 30-day money back guarantee to give it a whirl and the benefit of 3 months extra FREE if you commit to an annual plan – the ultimate solution for this season and beyond.View Deal

Dodgers vs Astros live stream: how to watch MLB online in the US

Both games of the Dodgers vs Astros mini-series are being aired on national TV, with Fox Sports 1 getting Monday’s game and ESPN stepping into the fray for Tuesday’s matchup. Game 1 starts at 9.10pm ET/6.10pm PT on Monday, July 28 and game 2 is scheduled for 7.10pm ET/4.10pm PT on Tuesday, July 29.

If you’ve got those channels on cable, that means you can also live stream the games through the relevant network’s website at no extra – you’ll just need to log-in with details of your provider.

The second game will also be shown on regional sports networks for in-market viewers, which means Spectrum SportsNet LA in the Los Angeles area for the Dodgers, and AT&T SportsNet Southwest in Texas for the Astros.

Anyone without cable can easily catch the games through an over-the-top streaming platform.

The best option in this case is AT&T TV Now, which features both ESPN and Fox Sports (as well as TBS for more MLB games), plus both regional sports networks. Pricing starts at $55 a month and there’s a free trial on offer so you can see if it’s right for you – effectively mean you can get a free Dodgers vs Astros live stream this week.

The other service to consider is the official Major League Baseball offering, MLB.TV. This lets you watch every game of the 2020 season for a one-off payment of $59.99 (or $49.99 for a single team), but there’s one huge catch in that it’s only designed for out-of-market viewing.

This means if you’re local to either Los Angeles or Houston, you’ll find the game blacked out – unless you use a VPN as per our guide above, of course.

Astros vs Dodgers live stream: how to watch MLB online in the UK

BT Sport has the broadcast rights to all MLB games in the UK through 2021 and all of the channels you’ll need to watch this season’s games will be available through one of BT’s many TV bundles, or as an add-on for Sky TV and Virgin Media customers.

If you’re not a BT Sport subscriber yet, you can still get access to the network’s content without locking yourself into a lengthy contract by signing up for a Monthly Pass for £25.

Monday’s Astros vs Dodgers game starts at 2am BST early the following morning (July 29), while Tuesday’s encounter gets under way at midnight (12am BST). Both are being shown on the BT Sport ESPN channel.

It’s also worth noting that MLB.TV is available in the UK for approximately £50 a month. You get access to the same games and content as US viewers do, but you won’t have to worry about blackout rules, which will no doubt make it easier to watch baseball this season.

How to watch the Dodgers vs Astros: live stream MLB in Canada

On Wednesday, the Dodgers vs Astros will be shown live on TSN 3/5 at 7.10pm ET/4.10pm MT (PT), so a TSN Direct subscription is what you need if you don’t get the channels on cable – it costs just $19.99 a month and you can take advantage of a free trial to see if it’s right for you.

For Tuesday’s game and in general, MLB.TV is well worth considering if you’re a baseball fan in Canada, as it offers the comprehensive coverage around.

Blue Jays games are subject to blackouts in line with antiquated US television practices, but every other team is readily on tap – and you can always try the VPN workaround to get live coverage of all this season’s MLB games.

Everything – the #1 best VPN

Balance of options and ease of use