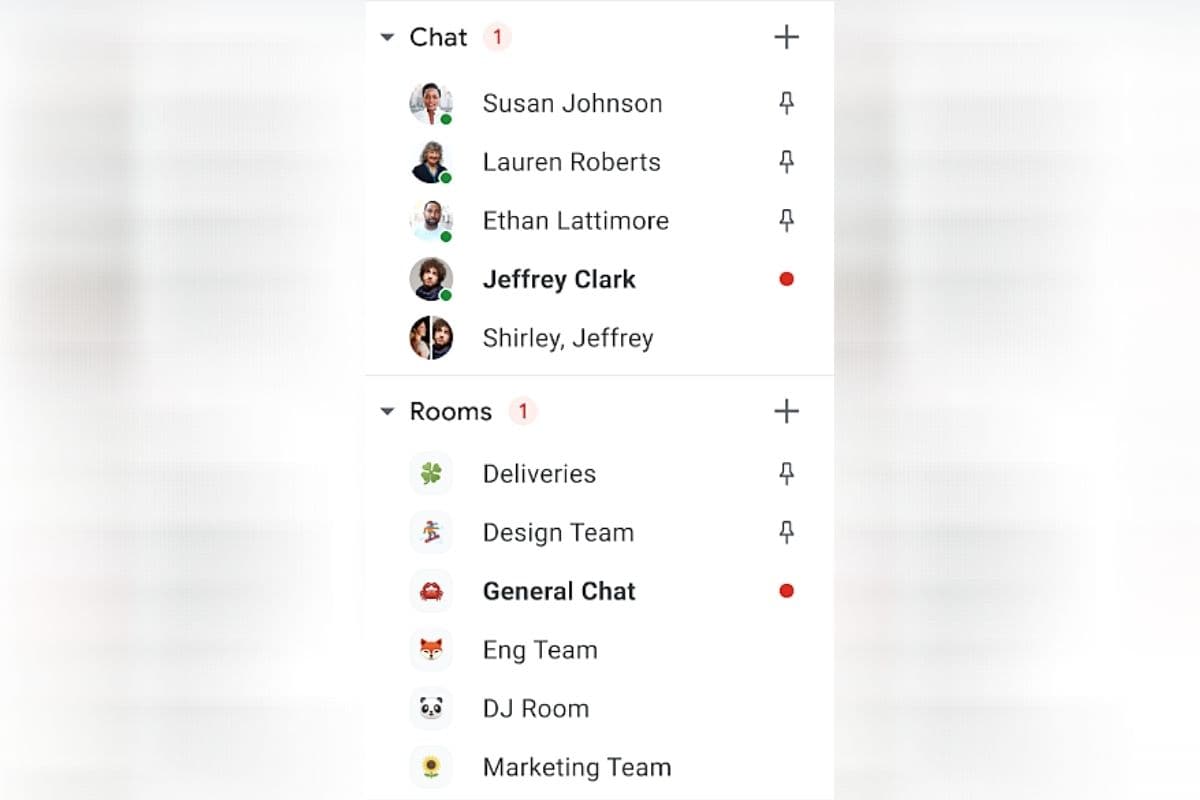 Google is rolling out a new update for Gmail that will allow users with the Workspace and Enterprise plans to pin a chat on the integrated Google Chat and Rooms tabs. The pinned chat/ conversation on the left side of the Gmail page would enable users to keep important contacts at the front for quick access. The pin conversation feature for Google Chat and Rooms on Gmail is available for limited users and more eligible users are expected to receive it in the coming days.

Google shared the development in a blog post published yesterday. To use the Pin conversation features on Gmail’s web client, users need to hover the contact at the left side of the screen > Select the option represented by three-vertical dots > Click on Pin. The same method can be used to Unpin chats as well. The company adds that the feature is available to users with Workspace Essentials, Business Starter, Business Standard, Business Plus, Enterprise Essentials, Enterprise Standard, and Enterprise Plus plans. Users with Enterprise for Education and Nonprofits plans also have access to the Pin conversation feature. Notably, users can pin conversations on Chat and Room via Gmail app for iOS and Android as well.

Meanwhile, Google last month announced its plans to replace Google Hangouts with Google Chat. At the moment, the Chat platform is only integrated into limited Gmail services, available to its premium users. However, the company has announced that the platform would have its own dedicated app next year along with the Gmail integration that exists even now. Similarly, we can expect the pin conversation feature to be available on the app and Gmail. Google claims that Hangout users who would get better security and features with Google Chat. On the other hand, the Rooms platform is only available premium customers, and there’s no word over its wider availability. The Rooms platform is essentially a virtual common space where member under a premium plan can exchange files.