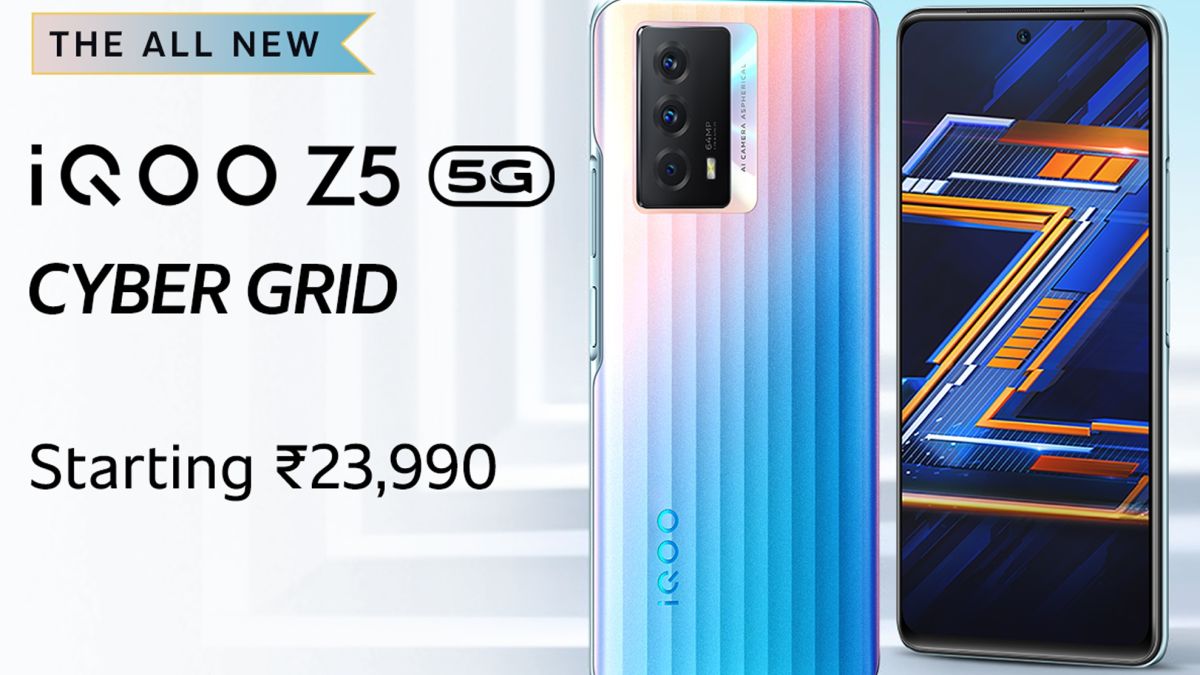 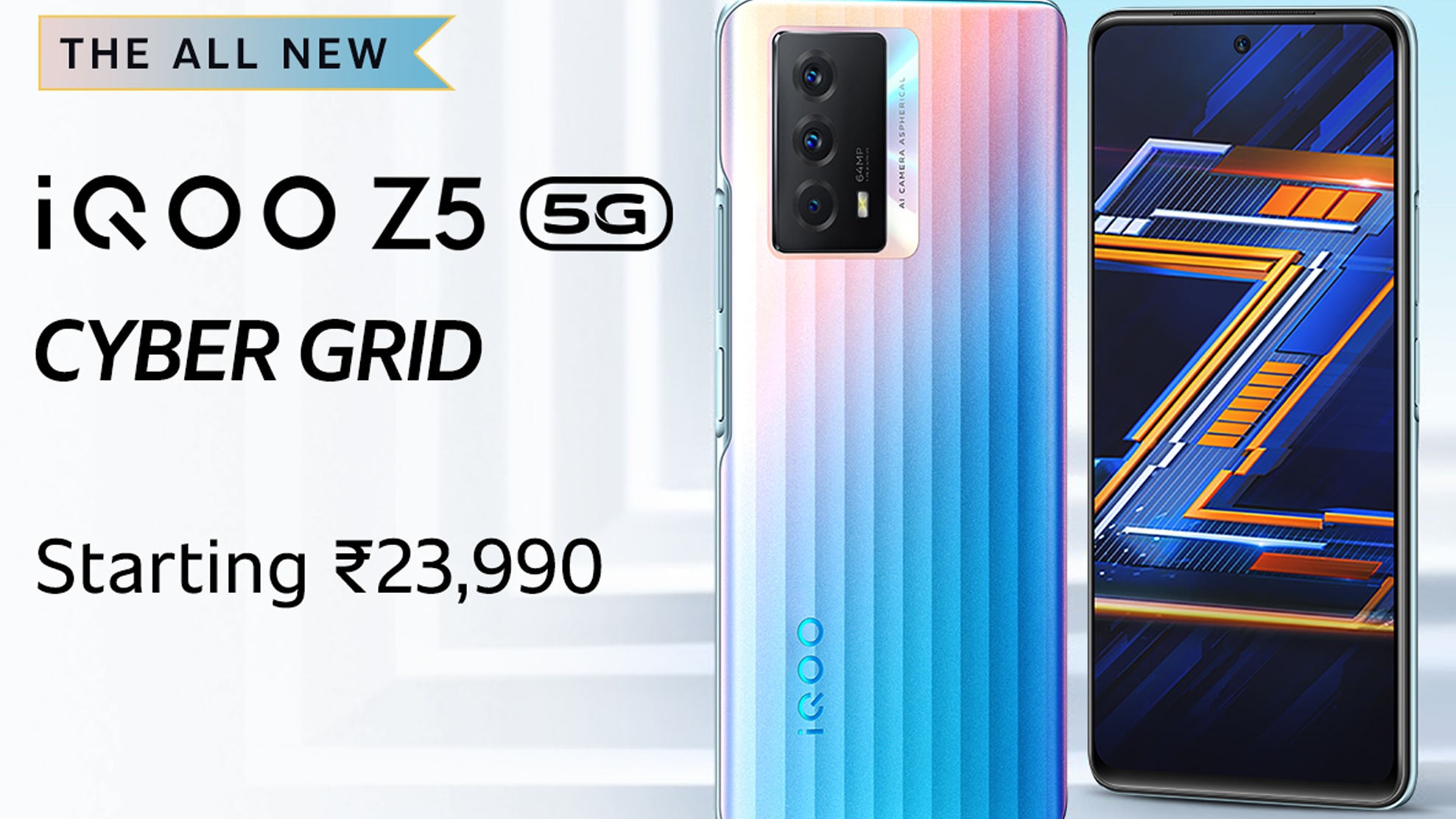 The iQoo Z5, which launched in India in September and reached the stores in time for the festive season, now has a new variant that gets a new finish called ‘Cyber Grid’ that comes in a unique color. Barring these cosmetic change, the new device boasts of pretty much the same specs as its earlier versions.

As our readers would recall, the iQoo Z5 was launched in China during September in three color options, viz., Twilight Morning, Blue Origin and Dream Space. However, only two color variants were made available in India and these were called Mystic Space and Arctic Dawn. Now, the company has renamed the Dream Space variant as the Cyber Grid in India.

The iQoo Z5 is powered by a Qualcomm Snapdragon 778G chipset, boasts of a 120Hz refresh rate, a triple rear camera setup, and a 5,000mAh battery with 44W flash charge support.

The iQoo Z5 gets its processing power from an octa-core Qualcomm Snapdragon 778G SoC that is coupled with up to 12GB LPDDR5 RAM and up to 256GB of UFS 3.1 storage. It boasts of a triple camera setting on the rear with a 64MP primary shooter, an 8MP ultra-wide sensor and a 2MP macro sensor. The selfie shot is enabled by a 16MP sensor up front.

iQoo Z5 has a 5,000mAh power bank that comes with 44W Flash Charge fast-charging support. The device has a fingerprint scanner on the side as well as a facial recognition option on the front. It’s connectivity options include the USB Type-C port, Bluetooth v5.2, USB OTG support, tri-band Wi-Fi with 2.4GHz, 5.1GHz, and 5.8GHz bands, GPS, and a 3.5mm audio jack.