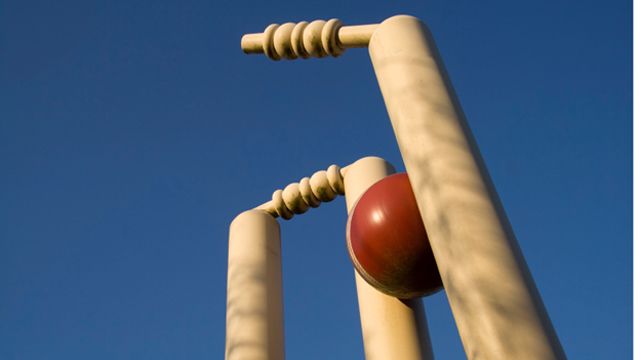 Just weeks ago, Amazon Prime Video spent huge money to get the rights for Indian territory to stream/telecast cricket from New Zealand. That development confirmed that big tech companies are getting interested in cricket.

And now it seems other tech companies also want a slice of the cricketing pie in some form.

It is said that the three of them have invested their individual stakes at the MLC entity level.

Earlier, Bollywood superstar Shahrukh Khan, who owns the IPL franchise KKR, announced a long term partnership to improve and launch MLC. KKR is also speculated to own an important team, Los Angeles City, in the league.

The new league has been founded by Vineet Jain, Satyan Gajwani of Times Group and Vijay Srinivasan and Sameer Mehta of Willow TV.

Nadella is a cricket buff

Microsoft CEO Satya Nadella has always talked of his love and interest for cricket. He had represented Hyderabad Public School and regularly follows international cricket, like most Indians. It is said that Nadella will buy the Seattle team in MLC. For the record, he and his wife have a stake in the Seattle based MLS soccer club Seattle Sounders FC.

Adobe’s Narayen is another cricket buff who operates out Palo Alto, California, which incidentally is the headquarters of the ACE.

Paytm founder Vijay Shekhar Sharma is also no stranger to cricket. His company is the title sponsor sponsor of all domestic and international cricket in India until 2023.

Aside from these three, Dallas-based real estate businessman Ross Perot Jr. and his partner Anurag Jain have invested in the Dallas franchise of MLC.

The final list of the 15 investors will be revealed this week. It is expected that most of them will be tech industry biggies and millionaires based out of Silicon Valley.

The backing of high profile tech CEOs in an incipient cricketing league America reflects the power of cricket in the biggest media market in the world. The overall investment in the league is said to be around  $ 90-100 million.

USA cricket is also in the process of co-bidding for a major Global ICC event in 2023-2031 cycle with West Indies cricket.

Cricket is always a big thing in places where Indians are around. No wonder USA with its huge Indian diaspora is trying to become a hotspot for the sport.

“Even though cricket is not a mainstream sport in the US, the size of the diaspora and the appetite for cricket is so strong that the US is the second-largest market to consume cricket content, after India,” Knight Riders Group CEO Venky Mysore recently said.

It is also interesting to note the changing profile of the companies that are now getting into cricket sponsorship.

In the 90s cola, real estate and consumer durables were in the forefront of cricket sponsorship. Now tech and tech-related companies rule the roost. For instance, the main sponsors in the Indian cricketing ecosystem currently are mobile brands Vivo, Oppo, ed-tech unicorn Byju’s, online gaming companies My11Circle, Dream11, and of course Paytm.