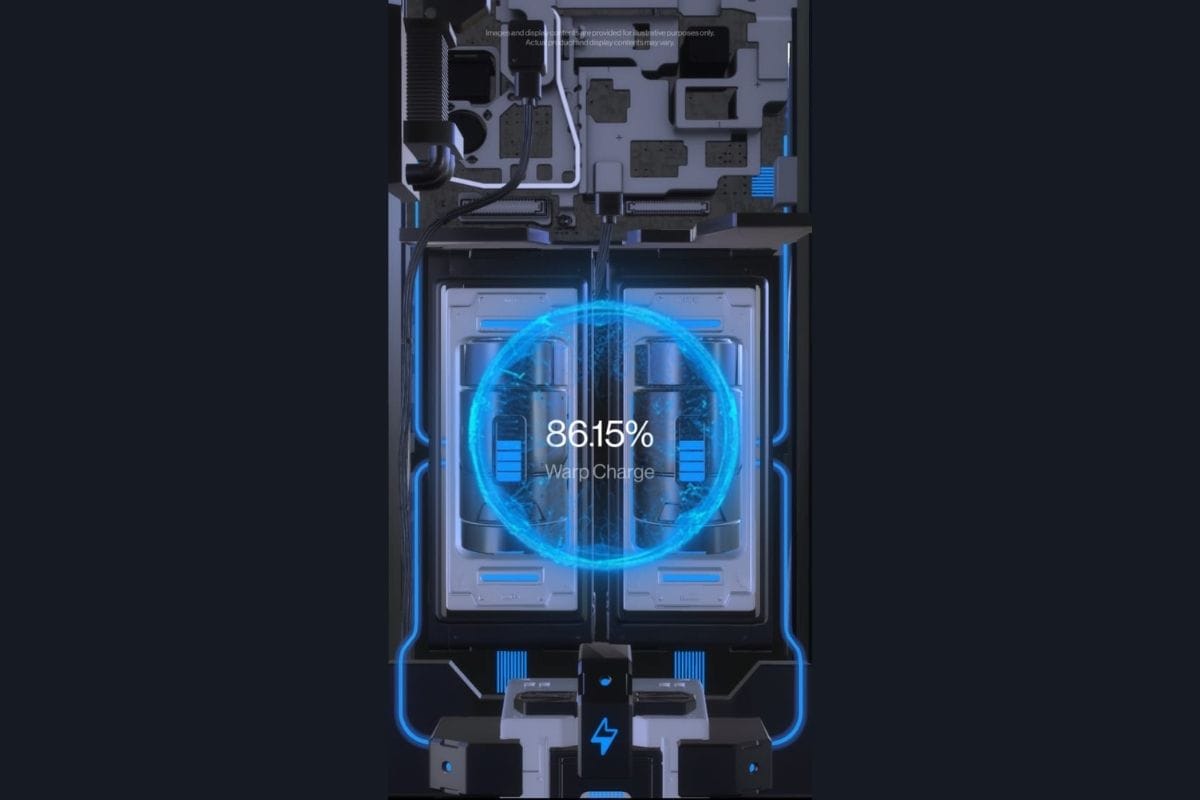 OnePlus launched the OnePlus 8T on October 14, alongside the OnePlus Buds Z truly wireless earphones. With the OnePlus 8T, the Chinese manufacturer also introduced its new dual cell 65W Warp Charge charging technology. The new charging tech claims to use two batteries in order to charge faster and better optimise battery usage. The claims were recently put to test by famous tech YouTuber Zack Nelson aka JerryRigEverything, who reveals that the phone does indeed come with a dual-battery pack. Nelson is known for his teardown videos where the YouTuber completely takes apart smartphones to reveal hardware and test durability.

Nelson took apart a OnePlus 8T in his recent video. This video was, however, different from Nelson’s usual videos which start with durability tests like scratch resistance, toughness, etc. Nelson starts by taking apart the back panel of the OnePlus 8T. Under the back panel sits the dual-cell battery unit. OnePlus has, actually used two batteries and stuck them together in one unit. Further, the video also reveals the generous amount of thermal clay OnePlus has used in order to prevent the phone from heating up.

The OnePlus 8T uses two 2,250mAh battery cells and has put them together to make it into a single 4,500mAh unit. Both the units are charged simultaneously, providing for the stupidly fast 65W charging OnePlus claims to have on the OnePlus 8T. In his video, Nelson says that charging the battery at more than 30W could damage it, since most batteries can not charge at more than 30W. Putting two smaller size batteries instead of one, allows double the power to be utilised while charging simultaneously, leading to the 65W fast charging.

OnePlus 8T is powered by Qualcomm’s Snapdragon 865 chipset, along with up to 12GB of RAM and 256GB of Storage. The smartphone has a 6.55-inch Fluid AMOLED full-HD+ display with a 120Hz refresh rate. The OnePlus 8T also runs on Android 11-based OxygenOS 11 out-of-the-box. The OnePlus 8T has a quad rear camera setup with a 48-megapixel primary camera, a 16-megapixel ultra-wide camera with f/2.2 aperture, a 5-megapixel macro shooter, and a 2-megapixel depth sensor.