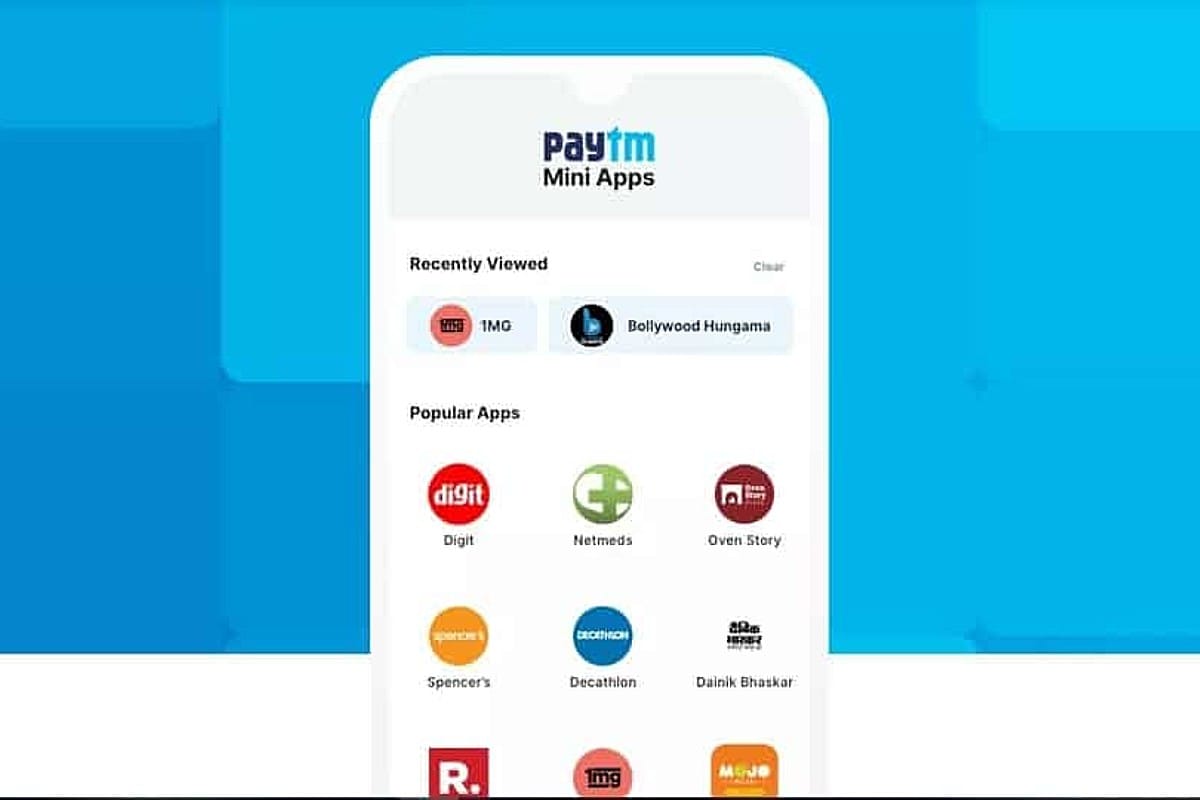 Speaking to News18 earlier this week, Narendra Yadav, vice-president at Paytm, affirmed that as of now, Paytm is neither looking to generate revenue from its app store offering, and nor is it looking to directly rival the Google Play Store in terms of direct downloads. “We are offering startups with readily available distribution thanks to our daily active users, and a readily available payment interface to use without paying commission. We are also not restricting companies from using other payment interfaces too,” Yadav said.


Paytm’s Mini Apps Store incorporates progressive web apps (PWAs), which are instant apps that offer app-like interfaces without needing a user to download an app locally on their phones. The app market can be accessed by users through the main Paytm app, which will give users access to the full store, and also show personalised app recommendations based on how they use the Paytm app themselves.

Talking on whether the Mini Apps Store is a precursor to an eventual rival app ecosystem against the Google Play Store, Yadav said, “Right now, the focus is on mini apps only, and for a full apps store, it is a long way from here. That said, we do expect Indian developers to use this as a ready-to-leverage platform for developers who do not or cannot pay such high commission charges as what Google asks.”

Yadav further stated that Google’s arbitrary application of its App Store usage policies, as well as charges being levied to developers, is a clear sign of its market dominance, which is a big contributing factor behind Paytm’s establishment of the Mini Apps Store. However, interestingly, Paytm’s primary business goal right now is also to rope in more developers and users into the Paytm umbrella, and having one million apps integrated into the Paytm payments app can be one steady way to drastically increase average user numbers – particularly for those who use entry-level phones and do not have enough available storage to download numerous local apps.