By Pavel Alpeyev and Yuki Furukawa

Ken Kutaragi, the legendary inventor of the PlayStation gaming console, is taking on one of the hardest jobs in robotics. And he’s getting paid nothing to do it.

The founder of Sony Corp.’s gaming business is the new chief executive officer of Ascent Robotics Inc., a Tokyo-based artificial intelligence startup. Kutaragi, 70, wants to make affordable robots that can safely move around and do physical work alongside humans in factories and logistics centers, and aims to have a working prototype in about a year. He said he receives no salary to save precious capital.

“The Covid-19 outbreak has turned the old argument about robots taking our jobs on its head,” Kutaragi said in his first interview since taking the helm in August. “It’s pretty clear now that if we want to arrive at a new normal, we need more and more robots in our daily lives.”

The industry veteran is vague about how he plans to accomplish this, other than to say partnerships will be key to moving forward. Ascent has worked with Kawasaki Heavy Industries Ltd. on a robotic arm that can pick parts out of a jumble using a single camera as input. It’s also developing autonomous driving software in collaboration with an unnamed Japanese carmaker. The company uses a combination of data from sensor-studded Lexus hybrids cruising Tokyo’s streets and simulations where the algorithms are trained to handle so-called edge-case scenarios.

The challenge is that he is trying to combine two technologies that have so far over-promised and under-delivered: autonomous driving and collaborative robots. The world’s biggest industrial automation companies including Fanuc Corp., ABB Ltd. and Kuka AG have struggled to grow the market for machines that can work alongside humans. At the same time, cars that can drive themselves seem to be perennially just over the horizon.

“If you are looking to combine robotics and mobility, you need someone in charge who understands technology,” Kutaragi said. “We are thinking globally, not limiting our sights to Japan.” 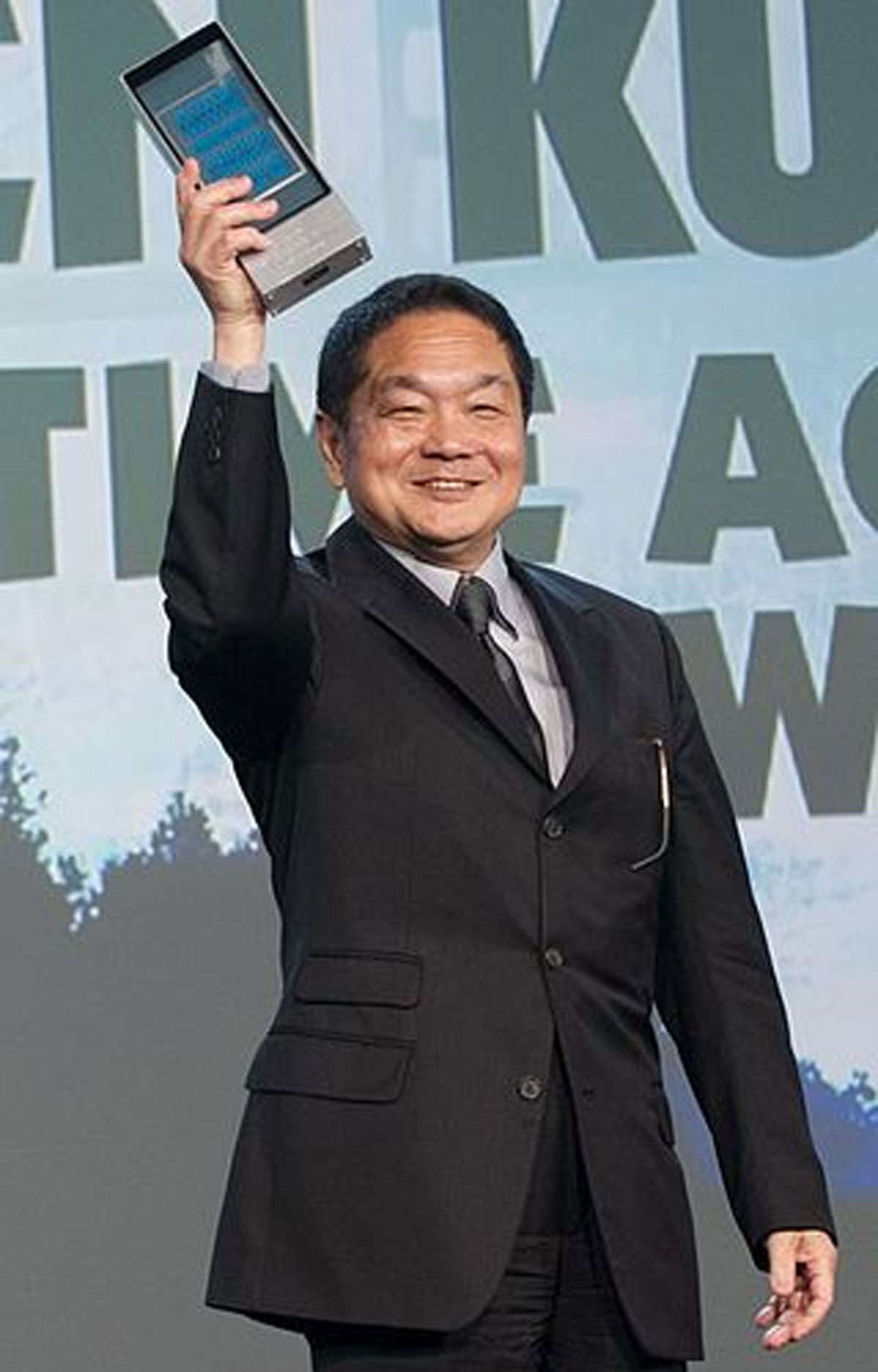 Kutaragi has a track record of solving difficult technical and business problems. He started his career at Sony in the 70s, working on some of the electronics giant’s most successful projects including liquid crystal displays and digital cameras. In the 90s, he revolutionized video gaming by pioneering the loss-leader model of spending billions on developing cutting-edge hardware and then recouping costs through content licensing deals. Kutaragi also demonstrated a keen sense of technology trends, famously shipping the PlayStation 2 with a DVD player and spurring the adoption of the new laser disc technology.

Since leaving Sony in 2007, he has sat on the boards of e-commerce giant Rakuten Inc., app developer SmartNews Inc. and GA Technologies, which runs an AI-powered real estate listings website. Kutaragi has served as Ascent’s outside board director since 2018 and took over the CEO post on Aug. 26. He owns about 22% of Ascent, which he acquired from founder Fred Almeida who has left the startup. Masayuki Ishizaki, who preceded Kutaragi as CEO, has become the company’s chief operating officer.

Founded in 2016, Ascent has raised about $18 million to date and employs about 50 engineers, most of whom are foreigners. Kutaragi declined to say how much runway the company has left and whether it plans additional financing.

“If we don’t do it, someone else out there will,” Kutaragi said. “Management is tough, but that’s how it was with PlayStation too. It’s something I’m good at.”