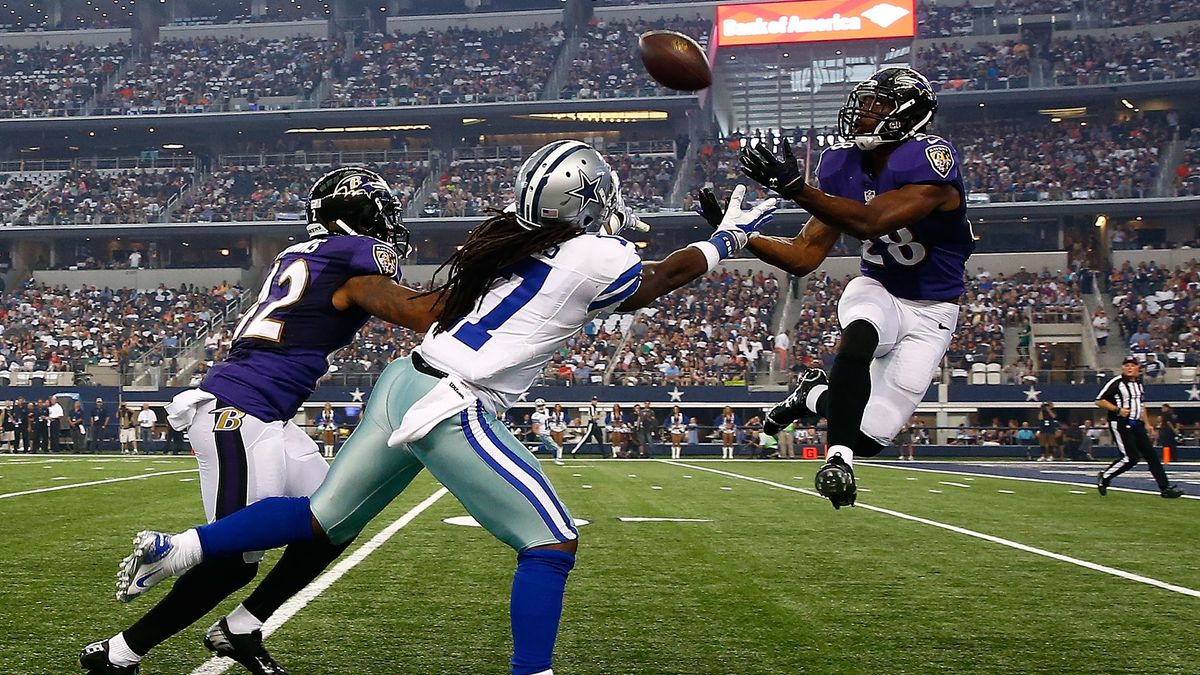 After a hectic couple of weeks, the Ravens welcome the Dallas Cowboys to M&T Bank Stadium in Baltimore this Tuesday – and between their Covid outbreak and lacklustre performance against bitter rivals the Steelers, the hosts have plenty of questions to answer tonight. Follow our guide as we explain how to get a Ravens vs Cowboys live stream and watch the NFL online today for the final game of week 13.

Last week’s loss to the Steelers left many fans concerned about the team’s journey to the playoffs this year. However, the Cowboys mark the first in a stretch of slightly easier opponents, so things are still looking optimistic for Baltimore ‘s post-season hopes despite the last three weeks of losses.

Tonight’s Baltimore Ravens vs Dallas Cowboys game kicks off at 8.05pm ET/5.05pm PT (1.05am GMT) at M&T Bank Stadium, Baltimore. Full live streaming and TV channel details are below, and don’t forget you can watch your preferred coverage from anywhere by adding a good VPN to your software roster.

And while the Ravens roster is still in a state of flux following the a string of positive coronavirus test, the good news is star QB Lamar Jackson is coming off IR, so things could start looking a bit more normal down in Baltimore tonight

If he can bring his legs to work once again and the defensive line gains some of its capacity back, this has all the makings of much-needed win for the birds – but after Washington stunned the Steelers last night, it’s safe to say anything can and will happen in the NFL this season.

Not only do the Ravens need this win after handing over some victories in the last few games and putting fewer points on the board than usual while doing so, but Dez Bryant will be keen to show Dallas exactly what they’re missing. The former Cowboy was given another shot by the Ravens this year, and with Andy Dalton quarterbacking on the other side of the field, there’s a lot of pride at stake tonight.

While the Cowboys have had their own season disappointments, they’re still in the running for a spot in the playoffs. A win tonight could bring them back up to speed with Washington, and back into post-season contention. Believe it or not, that’s a better position than Jackson and company find themselves in. The Ravens will need to start bringing some wins in to secure their spot as a wild card pick at the end of the season.

The playoffs are potentially on the line tonight, then, so you’ll want to make sure you don’t miss a second of the action. Read on as we explain how to watch the Ravens vs Cowboys online with an NFL live stream available anywhere in the world.

How to watch the Ravens vs Cowboys from outside your country

If you’ve mismatched a holiday or you’re away on business and you want to watch your country’s coverage from abroad, then you’ll need to use a VPN. This will help you dial in to a location back in your home country to avoid geo-blocks and regain access to the content and services you already pay for back home.

Use a VPN to watch NFL football from anywhere

Sign up for an annual plan now and get an extra 3 months absolutely FREE. And if you change your mind within the first 30 days, let them know and they’ll give you your money back without a quibble.

Once you’ve chosen and installed your VPN of choice, simply open the service’s corresponding app, hit ‘choose location’, select the appropriate country, and you’ll be able to watch the broadcast as if you were back at home.

Today’s Ravens vs Cowboys game is being broadcast on NFL Network, Fox and Amazon Prime. If you’ve already got Fox as part of your cable package you’re all set for the big screen, so be sure to get ready for kick off at 8.05pm ET / 5.05pm PT.

How to watch Ravens vs Cowboys FREE without cable

However, if you don’t already have Fox, you can grab a 30 day free Amazon Prime trial to watch tonight’s Ravens vs Cowboys game and plenty more entertainment as well.

Or, if you’re looking for more access to NFL games (Amazon Prime only receives a select number of matchups over the course of the season), you can also watch Ravens vs Cowboys on Sling TV as NFL Network is part of the Blue package. Not only that, but you can also pick up a free 3 day trial with Sling TV as well.

If you’re looking to watch every game of the remaining NFL season, however, we’d recommend you check out fuboTV.

That’s because for complete coverage of all nationally televised NFL games in the 2020/21 regular season without cable, you need access to Fox, CBS, NBC, ESPN and The NFL Network – and only fuboTV currently offers them all to the best of our knowledge.

Pricing starts from $64.99 a month, which is a darn sight cheaper than cable, and there’s even a FREE 7-day fuboTV trial you can take advantage of. That means tonight’s game can be watched 100% free!

One of the things we love about fubo is that it makes canceling easy if you decide it’s not for you – and it’s easy to get started, too, thanks to a slick payment system that accepts internationally recognized payment platform PayPal as well as major credit and debit cards.

Not interested in signing up for cable or for a streaming service? Yahoo is showing every NFL game that’s being broadcast in your local TV market for free in its Yahoo Sports app, including the Ravens vs Cowboys – a great option, particularly if you’re happy watching on a smartphone or tablet.

Sky Sports NFL and Sky Sports Main Event will be offering up Cowboys vs Ravens live streams tonight, with kickoff scheduled for 1.05am GMT in the UK.

If you’re not already signed up to Sky Sports however, you can also watch with Now TV. The Sky Sports Monthly Pass costs £33.99 a month and you’ll have access to every Sky game broadcast in the UK. You can cancel any time, but if you’re after a shorter membership just for tonight’s game you’ll also find a £9.99 24-hour pass available.

If you’re an Amazon Prime member, however, you can also watch NFL online with Prime Video this week.

If you’re looking to watch every game this season (as well as post-season games, the Super Bowl, and plenty more NFL Network and RedZone content), you’ll want to grab an NFL Game Pass. The rest of the season will cost you just £39.99, but you can forego live games and watch on catch up with a cheaper Essentials plan at £15.99.

Not in the UK but still want to catch the action? Grabbing a VPN will let you log into a UK IP address so you can live stream NFL as if you were at home.

If you’re looking to watch tonight’s Ravens vs Cowboys game in Canada you’ll want to tune into TSN and CTV for English-language coverage and RDS for French-language.

That means you’re covered for linear broadcasts this week, however if you’re looking to stream every season game you’ll want to take a look at DAZN.

The great value sports streaming service costs gets you full access to NFL Game Pass and RedZone coverage, as well as exclusive access to Premier League and Champions League soccer a low price just CA$20 a month or $150 a year – there’s even a free DAZN trial deal currently going so you essentially watch the Ravens vs Cowboys free online tonight!

How to watch Cowboys vs Ravens: live stream NFL in Australia

If you’re looking to watch NFL online in Australia today, Kayo Sports is the place to be. Be sure to tune in ahead of kickoff at 12.05pm on Thursday December 10.

For those wanting to watch home coverage of sports from overseas, a VPN is usually the solution – and our latest December 2020 testing has current No. 1 pick ExpressVPN working well with the service.

An alternative for diehard NFL fans is NFL Game Pass as it is also available in Australia, and even though it is marginally more expensive you have a much wider range of features.

It’s really geared towards international fans and that’s where it’s a great option. In most of the NFL’s main international markets, a Game Pass Pro subscription will get you access to every single regular season and playoff game live, plus the Super Bowl, and you also get the league’s live highlights show, RedZone. It costs £14.99 a week or £143.99 a year, so if you’re a big fan who watches multiple games every week, it breaks down quite favourably.

The only caveat for non-domestic markets (e.g. the UK) are that some games are subject to blackout restrictions due to deals with local pay TV providers (e.g. Sky).