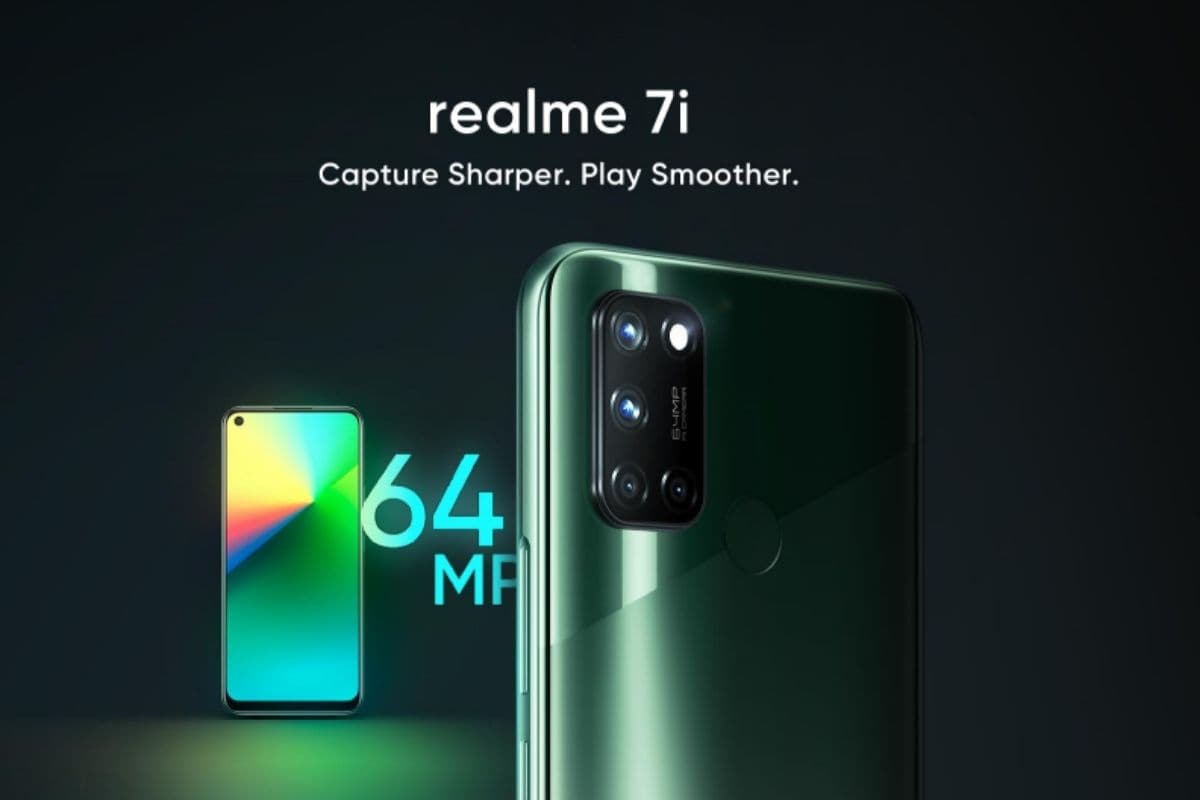 Realme will also launch a Sun Kissed Leather version of the Realme 7 Pro.

Realme will launch a host of new products on October 7, the company has announced today. Apart from the recently announced Realme Buds Air Pro, and Realme Buds Wireless Pro, the company will also expand its Realme 7 series of smartphones with the budget offering Realme 7i. The newest addition to the Realme 7 series will be announced at 12:30PM on Wednesday, October 7. Realme has confirmed the Realme 7i being powered a Qualcomm Snapdragon 662 chipset, among other specifications. It shared the Realme 7i website page on its social media which reveals all the key specifications of the upcoming smartphone.

The Realme 7i will come with a quad camera setup at the back, which houses a 64-megapixel primary sensor with an f/1.8 aperture, an ultra-wide lens, a 4cm Macro lens, and a B&W lens. The phone will also come with 6.5-inch hole-punch display with a 90Hz refresh rate. The screen-to-body ratio on the Realme 7i will be 90 percent, the company says. It will also have a 5,000mAh battery with 18W fast charging. Realme has also showed the Realme 7i’s AnTuTu score as 1,85,464.


Apart from the Realme 7i and the two wireless earphones, Realme will also launch a Sun Kissed Leather variant of the Realme 7 Pro. The Realme 7 Pro was launched last month, and is powered by Qualcomm’s Snapdragon 720G processor paired with 8GB of RAM. The phone also comes with a quad rear camera and a 6.4-inch hole-punch AMOLED display.