The vivo V20 Pro is the latest smartphone from Vivo to launch in the Indian market. The company has been on a spree of launching devices tailored for Indians with the V20 Pro being the third phone to be launched in quick succession after the vivo V20 and vivo V20 SE.

The V20 Pro takes direct aim at other established smartphones such as the OnePlus Nord, Google Pixel 4A and the OPPO F17 Pro in the mid-range category featuring smartphones under INR 30,000. Let’s have a look at all the smartphones you can choose from in this category.

The 7.39mm thickness makes the V20 Pro the slimmest 5G smartphone to launch. The 6.44” Full HD+ resolution and the Corning Gorilla Glass 5 on the back panel comes together beautifully to help you work and play with ease. It’s neither too bulky to carry around and hold, nor too long and can be comfortably used with a single hand. The front cameras also shoot remarkable pictures in the dark and in low light, thanks to its special feature called Aura screen light that acts like a studio light and brightens your face considerably, despite poor lighting conditions. 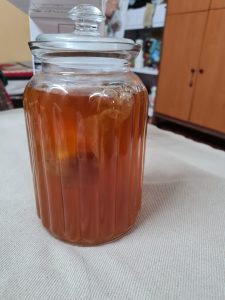 The main rear camera shoots at 64MP with additional lenses including an 8MP multi-functional camera and a 2MP mono camera that together work to create some brilliant imaging and videos and bring out your inner artist. Mind you, the 64MP lens shoots brilliantly at night as well, thanks to a new imaging technology called Tripod Night Mode. The selfie cameras are where the V20 Pro really shines. You get dual-selfie cameras in the form of a 44MP eye autofocus lens and an 8MP Super Wide-Angle lens that delivers some of the best selfies you can ever take. Add on the varied filters and AI optimisations and your next display picture is sure to be the talk of your group when you post it online.

The Vivo V20 Pro uses a 4000mAh battery that is enhanced with a smart power manager called vivo Energy Guardian to manage apps with ease. It also comes with a 33W vivo FlashCharge that can power up the phone to 65% charge in just 30 minutes.

The smartphone comes with Qualcomm Snapdragon 765G SoC that supports 5G and is significantly better than the Snapdragon 720G SoC used on the V20. The device ships with FunTouch OS 11 based on Android 10 out of the box but an upgrade to Android 11 is already available as soon as you power up the device.

The vivo V20 Pro comes with a 8GB RAM and 128GB storage variant that is priced at INR 29,990. With its fabulous mix of great looks and performance, the V20 Pro delivers the best bang for your buck among the list of smartphones here.

It might be a couple of grand dearer but the Pixel 4A was talk of the town when it launched at just under the INR 30K range. While it doesn’t boast of multiple camera setups or the latest processor, the Pixel 4A gives a buttery-smooth performance regardless.

The Pixel 4A is also good for those looking at a long-term investment since Google guarantees three Android updates. Other solid reasons to consider the Pixel 4A include the fact that it runs the cleanest Android experience and comes in a compact 5.8” screen size.

The Pixel 4A runs the Snapdragon 730G processor with a 6GB RAM and 128GB storage option. All in all, this is a solid device for long-term users.

Probably the hardest phone to beat in the INR 30,000 range, the OnePlus Nord has many things going for it. It’s also available in multiple variants of RAM and storage options with pricing starting from INR 24,999 for the base variant and INR 29,999 for the high-end variant.

OnePlus Nord has a quad-camera setup with a primary 48MP lens on the rear while the front camera has a 32MP sensor for picture-perfect selfies. While it may sound impressive, the camera quality is far superior on the Google Pixel 4A and the newly-launched vivo V20 Pro.

Under the hood, the smartphone runs a capable Snapdragon 765G processor and its much-lauded OxygenOS skin on top of Android 10. Thanks to this, the Nord performs much better than its compatriots in this list, even though it lags behind in the Android 11 update that the V20 Pro offers.

The OPPO F17 Pro is another capable device to consider in the INR 30,000 range. The smartphone comes with a stunning exterior thanks to its matte feature that is also fingerprint-resistant.

The F17 Pro also boasts of stunning AI optimisations that takes pictures up to 108MP in size. It’s proprietary VOOC Flash Charge 4.0 and AI Night Charging features are worth checking out too.

The smartphone comes with a MediaTek Helio P95 processor and a 8GB RAM and 128GB storage option, which along with OPPO’s ColorOS 7.2 skin and gaming options makes this a worthy option for those who spend long hours playing their favourite games.

While most of these smartphones have something or the other going for them, in our comparison we feel the vivo V20 Pro offers the most value amongst them. It’s all-round capabilities, great imaging options and latest Android version make it a tough contender to beat in the INR 30,000 price range today.