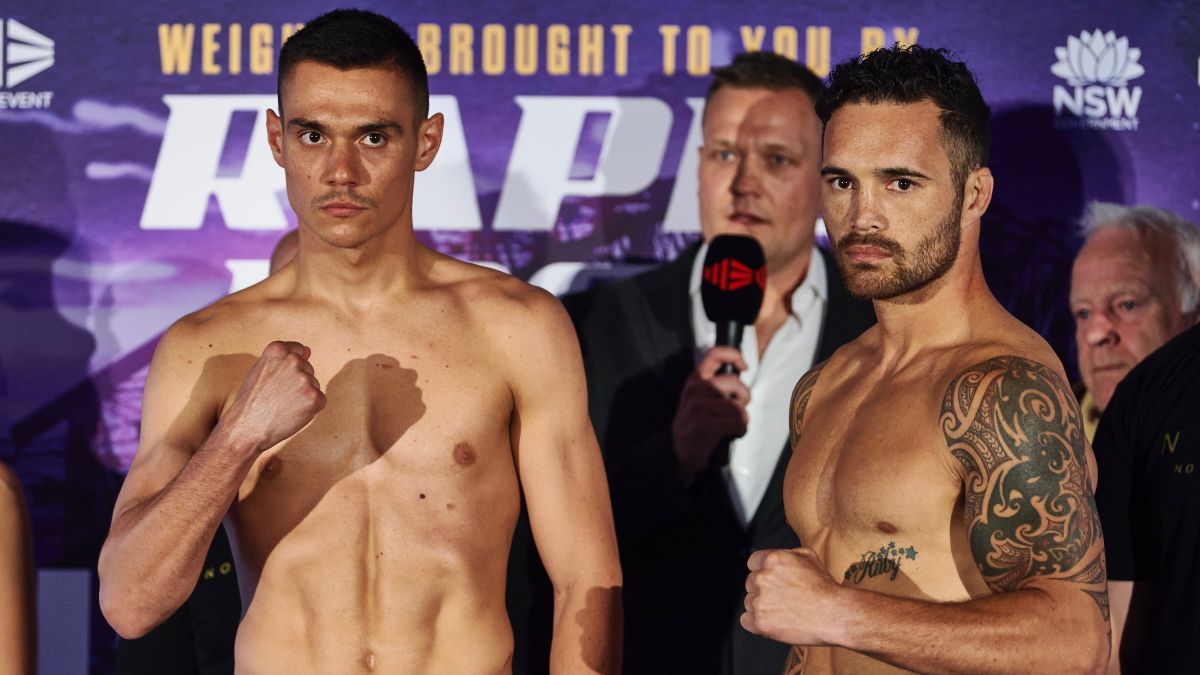 The main event is about to begin at Bankwest Stadium, with Tim Tszyu and Bowyn Morgan due to walk out to the ring at 9.45pm AEDT (Wednesday, December 16).

A WBO title shot is inching closer for Tszyu, but he’ll have to get past underdog Morgan first. Read our guide to find out how to watch a Tszyu vs Morgan live stream from anywhere in the world right now.

It’s fight night! This Wednesday’s (December 16) Tszyu vs Morgan clash takes place at Bankwest Stadium in Parramatta, Australia, and the two fighters are set to begin their ring walks at around 9.45pm AEDT (local time). Australians can watch Tszyu vs Morgan on Kayo Sports as a pay-per-view event, or on Foxtel’s Main Event.

Tszyu, the son of former boxing great Kostya Tszyu, comes into the ring with an undefeated record of 16-0, with 12 wins by knockout. The 26-year-old most recently defeated former welterweight champion Jeff Horn in a largely upset win, cementing his status as a star on the rise.

But tonight, Morgan is here to stop Tszyu’s hand getting raised. Morgan enters with only one loss to his name, and 21 wins. The pay-per-view event starts at 7pm AEDT, with the main event slated to begin at 9.45pm AEDT.

The stakes are incredibly high, particularly for Tszyu. The WBO announced yesterday (Tuesday, December 15) that if Tszyu comes away with the win tonight, he’ll be given a title shot against the current light middleweight champion Patrick Teixeira. Though that’s on the grounds that Teixeira’s next fight with Brian Castano cannot be made.

It’s a proposition that could finally land Tszyu on the international stage, and give him a shot at becoming a world champion, a title he has been doggedly pursuing for years. But first, he’ll have to put in the work against Morgan, who has potential to cause serious upset.

Tszyu vs Morgan live stream: how to watch in Australia

The Tszyu vs Morgan event starts at 7pm AEDT, with the main event expected to get underway with the ring walks around 9.45pm AEDT.

Kayo Sports is offering a pay-per-view event for the Tszyu vs Morgan fight. You don’t have to be a Kayo subscriber to watch the bout either, as it’s available to order for AU$59.95.

If you’re considering a subscription to Kayo, the basic package gets you access to over 50 sports, ready to live stream or watch on demand for just AU$25p/m. There’s no lock-in contract, so you’re free to cancel anytime.View Deal

Tszyu vs Morgan live stream: how to watch in New Zealand

Spark Sport has the rights to the Tszyu vs Morgan fight in New Zealand, and the pay-per-view event is available to buy for NZ$39.99.

Coverage starts at 9pm NZDT today, with Mark Hunt and Paul Gallen expected to enter the ring around 11pm NZDT, and the main ring walk expected around 11.45pm NZDT.

How to watch Tszyu vs Morgan from outside your country

If you want to watch the boxing outside of your country, you may find that the content is geo-restricted. That could mean that, despite having access when on home turf, you are blocked while away. Don’t sweat it, as all you need is a clever piece of software called a VPN to make things right – a way better option than hunting for a dodgy stream in the less salubrious corners of the internet.

Try ExpressVPN and get 3 months FREE
We’ve thoroughly tested all of the most popular VPNs and rate ExpressVPN as the best of what’s out there.

It’s simple to install, boasts strong security features, and is compatible with just about any streaming device out there, including the Amazon Fire TV Stick, Apple TV, Xbox and PlayStation. You can also use it with Android and iOS mobile devices, so to get that home broadcast and stay safer online, this is our pick of the litter.

Best of all, ExpressVPN comes with a 30-day money back guarantee so you can try it out for a month for free, or sign up for an annual plan and get 3 months absolutely FREE. It really is the top option around, so check it out today.View Deal