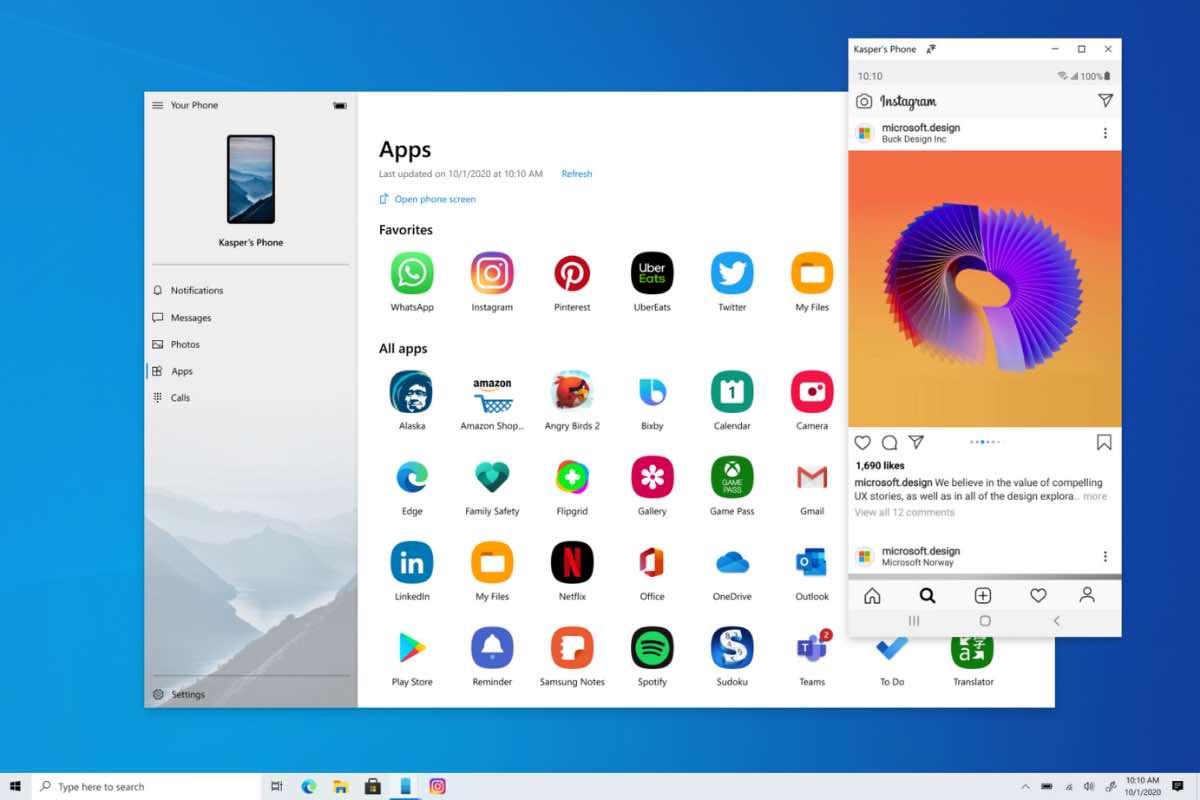 Microsoft is working on a software solution that will allow Android apps to run on Windows 10. A report has said that app developers will require little to no change of code for bringing Android apps to Windows 10 by packaging them as an MSIX and allowing developers to submit them to the Microsoft Store. According reports, the project has been codenamed ‘Latte’ and it could be made live as soon as fall next year.

The development was first reported by Windows Central, a website that tracks Windows developments. The report said that Project Latte aims to deliver Android apps on Windows 10 by using the Windows Subsystem for Linux (WSL). Further, it said that Microsoft will need to provide its own Android Subsystem in order to actually run Android apps on Windows 10. It also said that it is unlikely that Microsoft will include support for Play Services, as Google doesn’t allow Play Services to be installed on anything apart from native Android devices and Chrome OS. This means that the apps that require Play Services API will need to be updated in order to remove those dependencies before they can be submitted on Windows 10.

While this sounds like something that can be very useful, as many Windows users use Android smartphones, Android apps can still run on Windows PCs via app streaming on the Your Phone app on Windows 10. However, this functionality is limited to a handful of Samsung devices and has proven to be slightly glitchy in the past.

Project Latte, according to the Windows Central report, will allow app developers to bring over apps that don’t have Windows versions available. Further, the report said that Microsoft is hoping to announce Project Latte next year and could ship as part of the fall 2021 build of Windows 10.

This is not the first time Microsoft will try running Android apps on Windows 10. The company had earlier toyed with the idea via its Project Astoria, but that never saw the light of the day.