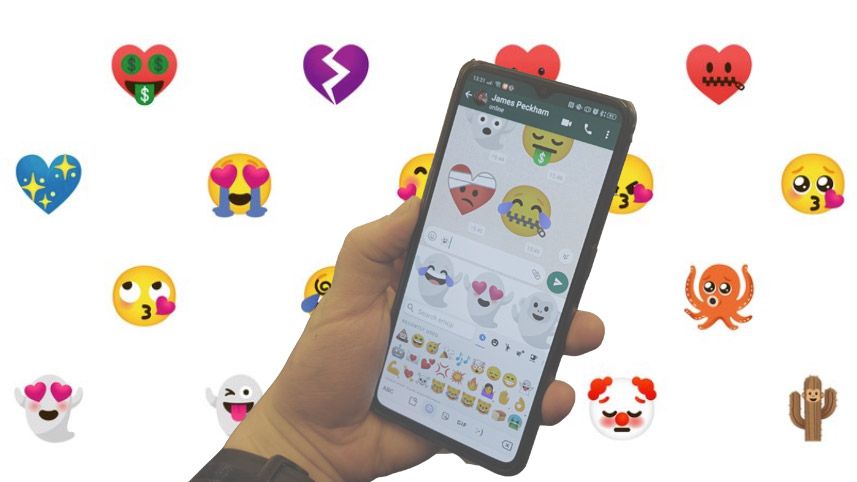 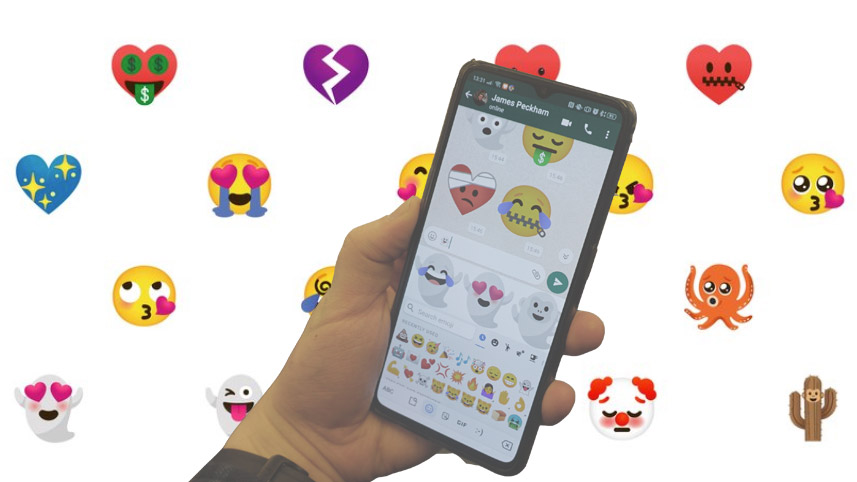 At the beginning of 2020 (before all the bad stuff happened – remember then?) Google released ‘Emoji Kitchen’, an expansion to Gboard (the keyboard app for Android phones) which enabled you to create custom emoji stickers by combining emoji you posted with similar ones.

Emoji Kitchen is in the process of getting a huge new update which fundamentally changes how it works. Now, instead of selecting a single emoji and being shown various alternatives, you select two different ones, and your phone will smush them together to create your custom emoji.

This gives you much more freedom over the custom emoji you create, so these new ones are ‘your own’, instead of ones Google selects. You can even select two of the same emoji to see an ‘extreme’ version of it, with the emotions represented in the emoji intensified.

In addition, the current Emoji Kitchen doesn’t automatically work on all emoji, and there are some combinations you can’t try – this looks set to change, as the new update lets you modify a much wider variety of the icons.

For example, you can combine bouquets and monkeys to create a bouquet of monkeys, and other pretty ‘out-there’ combos.

Apparently this new feature is currently rolling out to beta users of Gboard, with a full release somewhere down the line; the update currently hasn’t rolled out to our testing phones, but 9to5Google  and Android Police report getting it on their devices.

When are the new emoji coming to Android phones?

After the Unicode Consortium unveiled all the new 2020 emoji, including a trans flag and symbol, bubble tea and several extinct mammals, Google has had all year to create its own versions of them for Android phones.

The new emoji are available in Android 11, so when you upgrade to the new operating system you can use all the new Android emoji.

Android 11 isn’t available on too many phones at time of writing – if you have a Pixel phone you’re likely eligible for the upgrade, but most other handsets will get the upgrade later this year or early in 2021.

There are plenty of new Santa emoji in Android 11, and some other celebratory ones, so users will be hoping they get the update before the end of the year.